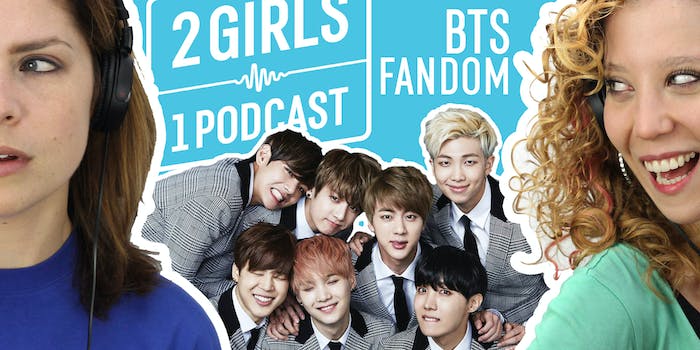 This K-Pop fan army has raised more than $2 million for charities, with no sign of slowing down

Global K-pop music sensation BTS’ charity efforts with Unicef and other foundations has empowered fans to make positive change in the world.

The BTS fandom is known as an “ARMY,” and the global volunteer collective One In an ARMY has become an engine of charitable giving, cause awareness, and social change.

When One In an ARMY mobilizes for a cause, K-pop stans flood social media with micro-donations and hashtags, raising thousands of dollars for the Syrian refugee crisis, Iraqi civilians, coral reef preservation, and the Black Lives Matter movement.

In all, they’ve raised more than $2 million for “actionable causes”—organizations that turn donations into tangible results. The fandom is so powerful that it often overwhelms charitable organizations, breaks nonprofit websites (in a good way!), and swoops in to solve problems even governments are unable (or unwilling) to address.

This week on 2 GIRLS 1 PODCAST, Alli and Jen talk with Erika, an admin from One In an ARMY, about how a fan community became a massive nonprofit operation, and why the BTS singers themselves are key in turning their fandom toward important causes.