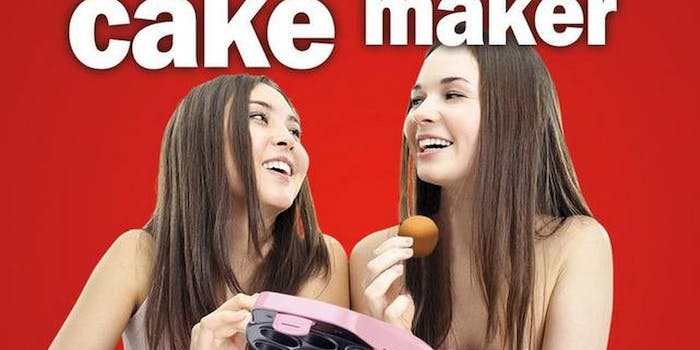 The German company Media Markt is trying to sell a cupcake maker by referencing the infamous scat-porn video "2 Girls 1 Cup." Worst example of word-association marketing ever?

In what might be the worst example of “word-association marketing” ever, the German company Media Markt is trying to sell a cupcake maker by referencing the infamous scat-porn video “2 Girls 1 Cup.”

The company’s Netherlands Facebook page posted an image of two smiling girls eating cupcakes with the tag line “2 Girls 1 Cup-cake maker” Wednesday morning. It has since collected more than 950 likes and been the subject of a front-page Reddit post. 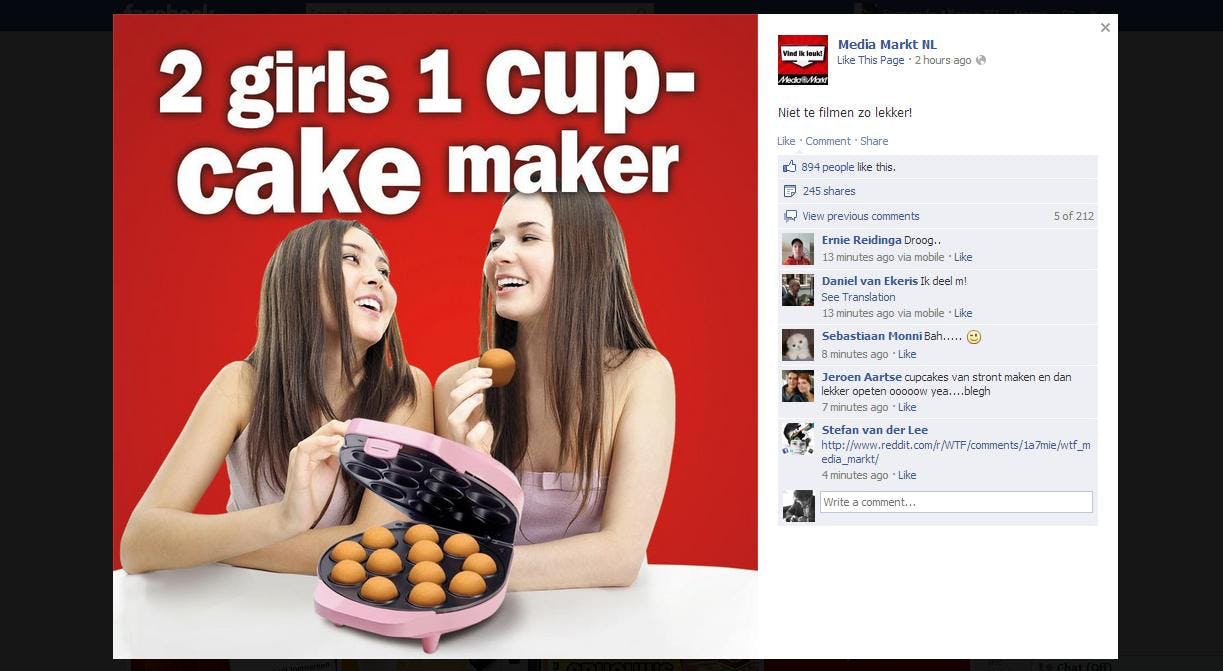 “Obviously, Media Markt has an idea about what they are doing… their image and Facebook page is making it’s way to the top of a large social sharing site,” zero3computers commented. “Thank Reddit for making a bad idea turn golden.”

In January, Ira Isaacs, a 61-year-old pornographer, used what’s called the “2 Girls 1 Cup” defense after he was charged with obscenity for a similar film. Isaacs argued that the human waste was actually just a mix of chocolate and peanut butter. No matter: He was ultimately sentenced to four years in prison.