The 2016 Rio Olympics opening ceremony is tonight, and insiders have promised it will be the sexiest opening ceremony ever, with supermodel Gisele Bundchen leading a pack of “nearly naked women doing the samba,” according to the Daily Mail.

But will it be as lit as the 1984 Olympics opening ceremony in Los Angeles?We think not.

You can watch the full 3-hour-long ceremony on YouTube, but we’ll happily guide you to the highlights.

Set amidst an elegant white stadium accented in glorious pastel pinks, purples, and greens, this ceremony was goddamn fire.

First off, the 1984 opening ceremony featured a score by John Motherfucking Williams. The man behind the music of Jurassic Park, E.T., Jaws, and Indiana Jones. So start at the beginning if you wanna hear those sweet, sweet trumpets.

But the ceremony really pops off when a man who announcers Jim McKay and Peter Jennings refer to simply as  “Jet Man,” launches onto the screen at 6:30. 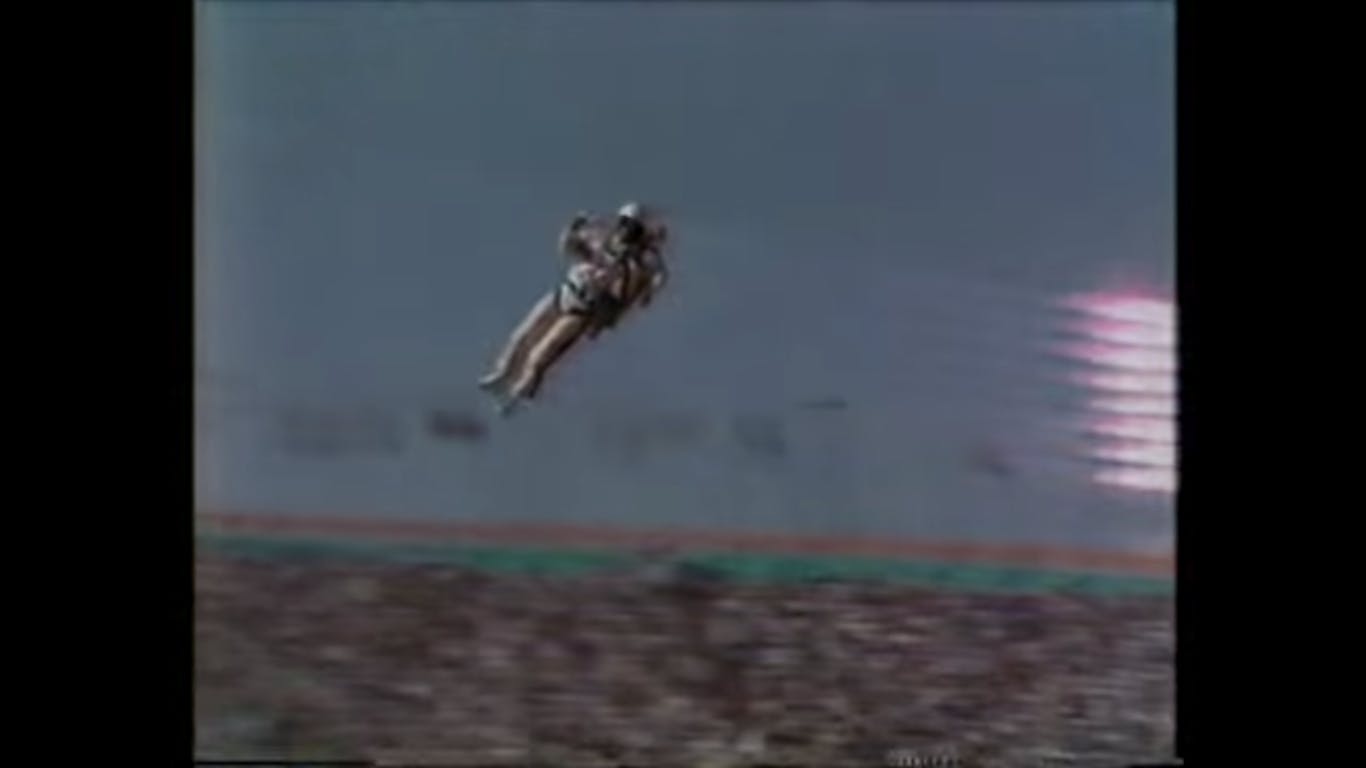 Yes, that’s a human man strapped into a jet pack. “No wires, no tricks,” the announcers promise.

And if that’s not enough for you, there’s a bomb-ass balloon release at 9:04. Over a thousand 5-foot-wide balloons are released with tags reading “welcome” in all the languages of the participating countries. Fuck you, ozone layer! We’re here to party!

And the jam doesn’t stop there. There’s also a riveting performance of “Beat It” at 50:40. No MJ in sight, but don’t worry, there are hundreds of dancers and exceptional choreography.

And if that isn’t lit enough for you, fast forward to the sweet Apple commercial at 2:51:40. Man, that is a dope-looking computer.

Sorry, Rio, but after watching this, it’s going to take a lot more than naked ladies to light my fire.