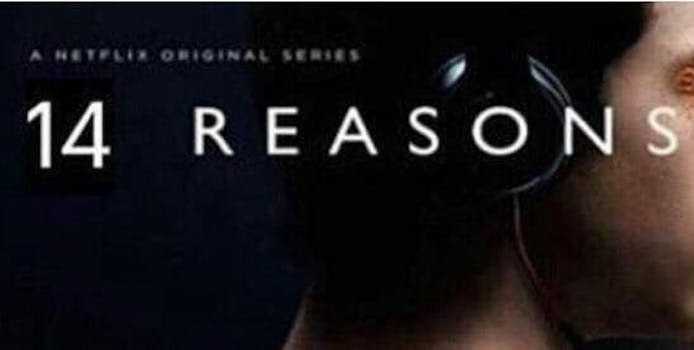 '13 Reasons Why' memes take a disturbing turn with the 14th reason.

This article contains frank discussion and crude jokes about suicide.

The Netflix series 13 Reasons Why, about a teenage girl who kills herself and leaves behind 13 tapes explaining why she did it, has become a point of reference online for people who want to joke about suicide. It’s no laughing matter, obviously, but that makes it all the more appealing to the more depraved corners of the web, like the anarchic 4chan board /b/ and Reddit’s dank memes community.

The latest development is the “14 Reasons Why” meme, whose punchline is that a minor annoyance makes the poster want to die. It’s not unlike the First World Problem meme of 2011 but taken to an illogical extreme.

“14 Reasons” has the same joke and the same problems as an earlier 13 Reasons Why meme, “welcome to your tape.” That meme, typically seen on Twitter, had posters saying “welcome to your tape,” to anyone who annoyed them, implying that some minor slight or inconvenience had driven them to suicidal thoughts.

The meme was criticized by some for its casual treatment of suicide but defended by others on the grounds that wildly overreacting to small things can be funny. “14 Reasons” is the same way: It uses the threat of suicide to express dislike for something. The main difference is the context. The “14 Reasons” trope incubated in the dank meme mines of Reddit, where joking about depression, suicide, and school shootings is both a way of performing “edginess” and a coping mechanism for the posters’ own depression and anxiety. Many of them are likely teens themselves, and their way of dealing with the serious themes of 13 Reasons is to joke about them.

“14 Reasons” also adds a visual element that the text-based “welcome to your tape” meme lacked. Giving Clay glowing eyes is a nod to “deep fried” memes, recognizable by their layers upon layers of Photoshop filters. Glowing eyes imply a character has had an epiphany or has otherwise been upgraded from an unfunny “normie” to hilariously “dank.”

In other ways, though, this meme is a downgrade from the previous version. Rather than crafting jokes about flying off the handle over life’s minor disappointments, which is kind of funny, “14 Reasons” is mostly used to indicate the poster’s belief that something sucks. It may be more visually sophisticated, but the humor has been dumbed down.

Fans of the meme believe it won’t reach the Facebook mainstream because most people are afraid to broach the topic of suicide. The actual problem is that it’s just not that funny. In practice, it’s mostly a new way to dunk on fidget spinners, a toy beloved by middle schoolers but reviled by millennials.

It has also been used to insult Hillary Clinton:

And this author of a book about trees:

And, of course, the meme has been used to attack … itself. Here’s the meta version:

And there’s also a reverse version of the meme, “12 Reasons Why,” that hasn’t gained much traction yet. The idea there is that something good has happened, and the poster now has one less reason to want to die.

When it comes to “reasons why” memes, less is more: 12 might actually be funnier than 14.