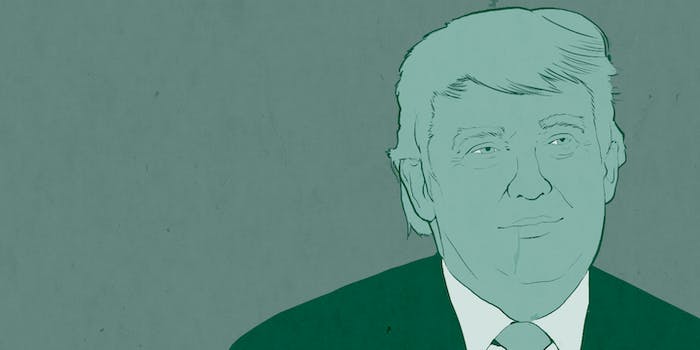 Our country can't afford this.

Ever sit back and imagine what it’ll be like when Donald Trump is our president? Tons of people don’t want him to be because a) he has no political experience and b) no president has never had hair like that. But there’s something Trump could do that we’d consider far more disastrous:

Here’s what will occur if this most shameful act ever comes to fruition.

1) Cam Newton won’t have a signature move next season

2) Vine will be less fun

6) Gas prices will go up

8) Your mom will cry, which will make you cry

9) North Korea will bomb us

11) Martin Shkreli will be able to say, “Hey, at least I never dabbed,” and you’ll have to agree with him

13) Dabbing will be dead for all of eternity