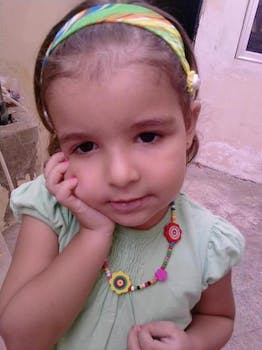 Aishah Sabra, a 5-year-old British girl missing in Egypt and presumed kidnapped by her father, is the focus of OpFreeAishah, a months-long Anonymous operation.

Aishah Sabra, a 5-year-old British girl missing in Egypt and presumed kidnapped by her father, is the focus of OpFreeAishah, a months-long Anonymous operation aimed at pressuring the U.K. government into bringing her home.

Featuring an escalating number of blog posts, Tumblrs, and social media shares, the Op recently blossomed into a calculated Tweetstorm, briefly trending in the U.K. and U.S., and bringing media attention to a story that has otherwise languished largely unreported.

This weekend Anonymous went live with a new, full-featured Drupal website for OpFreeAishah, with press releases, media coverage, blog posts, background on the case, a video, and a schedule for Tweetstorm participation for the indefinite future (Wednesdays and Sundays, 5pm EST). With all the information centralized and easily accessible to all, it will be easier for participants and supporters to track actions, news, and progress.

The girl is five 1/2 years old, the tradition of genital mutilation starts at six.

@Ang3lic_War started #OpFreeAishah to help her mother ultimately get her child back from her abusive father, stopping at nothing to get the girl back safely. … The abuse this child is suffering will make an impact on the rest of her life. To end the further damage she experiences every day, please spread the word to all of your family, friends, coworkers, neighbours, and everyone you know.

Aishah’s mother Leila is a Brit who met her ex-husband on a holiday in Egypt, married after a brief romance, and divorced not long after their daughter’s birth. According to Leila, he abducted the girl once before when she was on a visit, grabbing her from her chair in a cafe and running out into the street with the child in his arms. When she was returned, she allegedly had unexplained bite marks and bruises.

Despite the fact that Aishah was on a visit with her father when she last disappeared, he denies knowing her whereabouts.

The petition to return Aishah has 3,668 signatures of the 10,000 requested, an increase of approximately 1,500 in the week since we last reported on OpFreeAishah.

Photo via Aishah Sabra I Am Your Mother/Tumblr