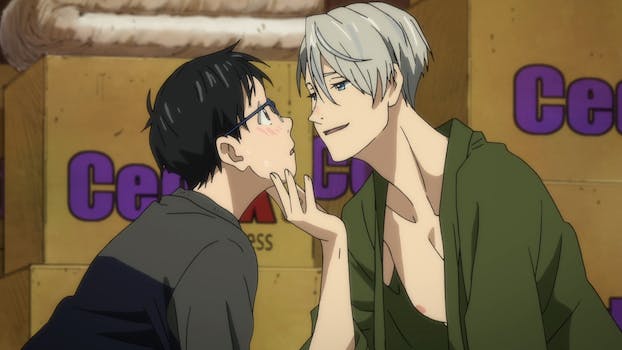 ‘Yuri on Ice’ is the most popular anime on Twitter

'Yuri on Ice' is the most-tweeted anime by a very wide margin.

We already knew figure skating anime Yuri on Ice was popular, but now we have statistical proof.

Yuri on Ice is the most-tweeted anime show of fall 2016, according to a report from analytics company Kadokawa Ascii Research Laboratories. Over 1.4 million tweets were posted about Yuri on Ice between Nov. 24 and Dec. 14, compared to just 348,109 about the second most popular show, volleyball anime Haikyu.

Yuri on Ice’s 12-episode season concluded on Wednesday, after building a worldwide following over the past three months. Anime streaming site Crunchyroll crashed under the pressure of fans rushing to watch the finale, and the show briefly charted above Naruto as the most popular on the site. (Yuri is now back to second place, which is still impressive given that it only has 12 episodes to Naruto‘s 487.)

Want to remember this moment in our history where ice skaters were more popular than ninjas. pic.twitter.com/Hll2WvlYRg

Judging by the intensity and creativity of Yuri on Ice fandom, we doubt those tweets will slow down much now the season is over. Season 2 hasn’t officially been confirmed yet, but the finale included some very strong hints in that direction.