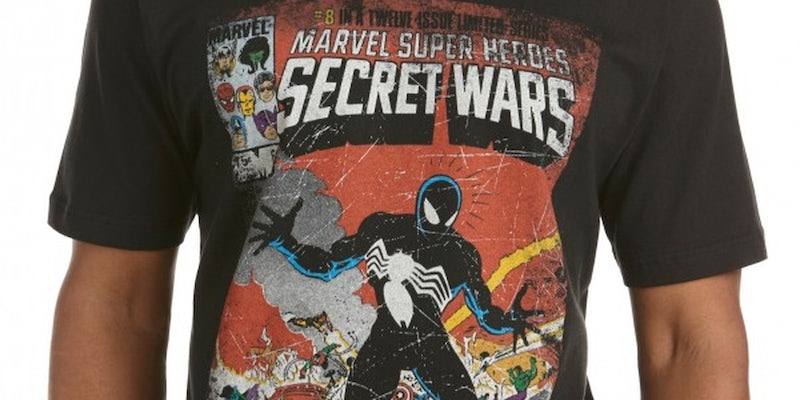 Marvel is rewriting its own history now.

Marvel is rewriting its own history, and the Fantastic Four and X-Men are the casualties. A new T-shirt from the company featuring the cover of Secret Wars issue 8 from 1984 has been altered to completely remove heroes from both teams—including Human Torch, though his flame remains.

Furthermore, as Bleeding Cool points out, Wonder Man was added to the box in the upper-left corner. This decision stands out for one very important reason: Wonder Man didn’t appear in Secret Wars.

The goal seems to be making the merchandise relevant to the current Marvel Cinematic Universe. Still, while Fantastic Four and X-Men are movie franchises controlled by 20th Century Fox, they are also very important brands to the history of Marvel.

By altering their own comic book covers, the company is retconning one of the company’s most significant storylines. Marvel has a deep history that should be celebrated. While the company may not have the film rights to certain properties now, it doesn’t lessen the importance of groups like the X-Men or Fantastic Four in terms of comic book history.

Sadly, this isn’t even the first time Marvel’s done it. Another of its Secret Wars shirts dropped not only Fantastic Four and X-Men characters, but Captain Marvel, as well. That’s surprising, considering Marvel is gearing up to add the female hero to the MCU.

As for the rest of Marvel’s roster of characters, the message is clear: If you’re not in the MCU, your days could be numbered.