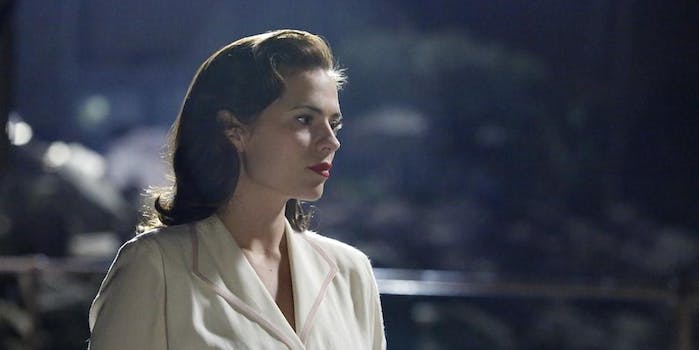 Here's why a 1940s comic book spinoff is this week's must-watch TV.

The first episode of Agent Carter airs on Tuesday night, upgrading Captain America’s Peggy Carter from side character to action hero. It’s recommended viewing for anyone who enjoys comic-book adaptations, 1940s spy dramas, or badass female protagonists, but in case you need more persuading, here are the top five reasons why Agent Carter is must-see TV.

1. There’s nothing else like it on TV right now

This isn’t hyperbole. Agent Carter is a comic-book adaptation, a historical drama, an espionage story, and a female-led action-adventure show. Where else are you going to find all of these things rolled into one story?

Early on in its run, fans criticized Agents of S.H.I.E.L.D. for its lack of connections to the Marvel movies. The Marvel Cinematic Universe has a unique scope for crossovers, but Agents of S.H.I.E.L.D. ended up treading water until the release of Captain America: The Winter Soldier midway through season 1. Now, AoS is full of references to Marvel movies and comics (including the recent introduction of the Inhumans), but it still can’t afford Avengers cameos—and, for spoiler reasons, it can’t get too involved with significant new movie storylines. 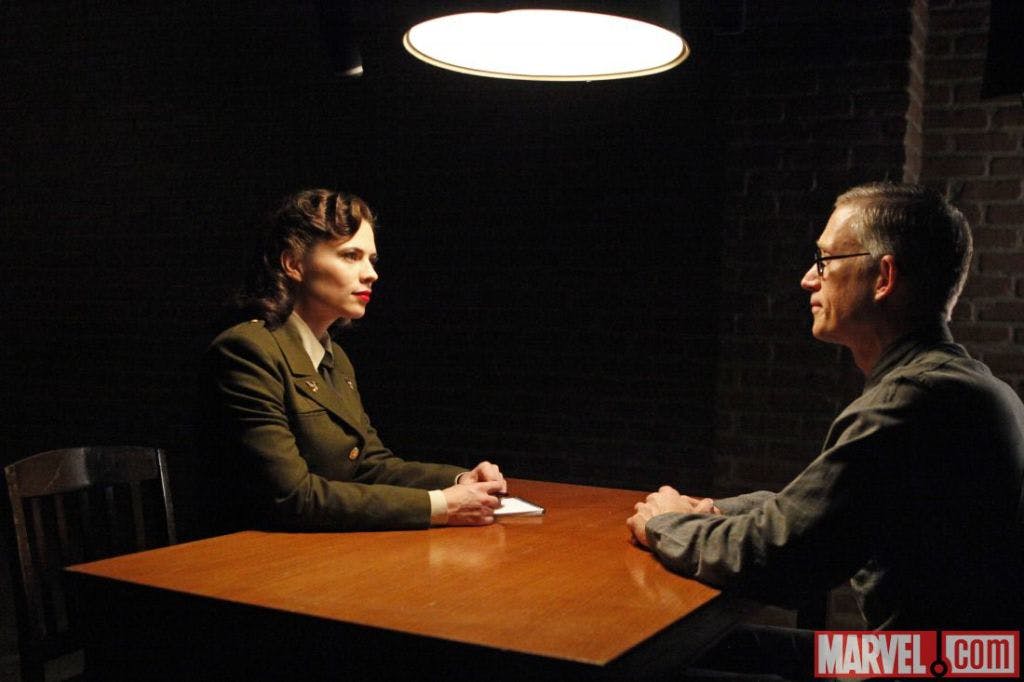 Agent Carter is set in the 1940s, so it doesn’t have to tie into present-day Marvel movie events. It has much more freedom to introduce new characters and world-building details, which means plenty of juicy new backstory. Peggy Carter originally appeared in Captain America: The First Avenger, but Agent Carter is also linked to the Iron Man movies via Tony Stark’s father Howard and his butler Jarvis, and to Agents of S.H.I.E.L.D. and The Avengers via Carter’s status as one of S.H.I.E.L.D.’s founding members.

(While we’re on the subject of continuity, the full trailer for Marvel’s Ant-Man will air during Agent Carter‘s premiere, so that’s another good reason for Marvel fans to tune in.)

This show only exists because actress Hayley Atwell won over so many fans in Captain America: The First Avenger. Peggy Carter isn’t a very prominent characters in the comics—she’s less well-known than Pepper Potts, for example—but her movie counterpart became a fan favorite thanks to her combination of butt-kicking spy skills and tragic romance.

Atwell frequently speaks out in interviews about Carter’s status as a feminist hero, and her Twitter presence is hilarious. Seriously, if you’re not following her yet, do so. There’s a reason why she has over 100,000 followers before the first episode of her show has even aired.

Instead of skirting the issue and moving onto lightweight action-adventure storylines, Agent Carter tackles realistic problems like 1940s workplace sexism and the aftereffects of World War II.  This background puts Peggy Carter in familiar superhero territory: An underdog protagonist with a tragic backstory who is forced to live a double life.

Marvel isn’t holding back in terms of cast and crew, either. Writers and directors from both Captain America movies worked on various episodes, along with the assistant director of Iron Man and The Avengers. And Marvel’s Whedonverse connection is still going strong with Agent Carter showrunners Michele Fazekas and Tara Butters, who both worked on Joss Whedon’s Dollhouse.

As we already know, female-led comic-book adaptations are few and far between. The last such TV show was the short-lived WB series Birds of Prey in 2002, while the last movie was Elektra in 2005.

Agent Carter is Marvel Studios’ first female-led adaptation of any kind, so tuning in sends an important message. If Agent Carter gets good ratings, then Marvel—and potentially other studios with comic-book properties—will know that people really are interested in this type of show.