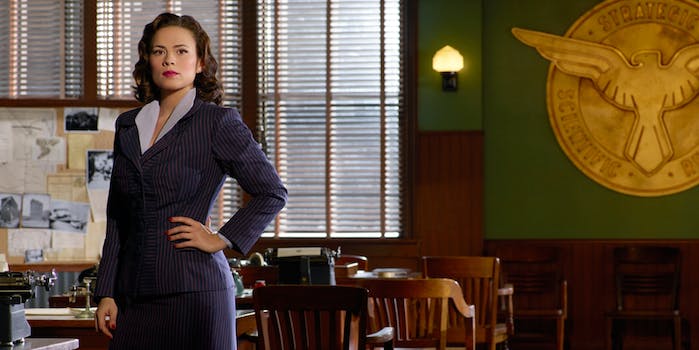 A guide to the amazing 1940s fashion in ‘Agent Carter’

Agent Carter's 1940s costumes are seriously awesome. Here's what you should look for.

Set in 1946, Agent Carter‘s seven-part espionage story is rooted in postwar culture. And like the first Captain America movie, one of its defining features is its 1940s aesthetic, immediately setting it apart from Marvel’s other TV show, Agents of S.H.I.E.L.D.

Hayley Atwell obviously looks incredible as our hero Peggy Carter, but the rest of the show is filled with little costuming details that bring the 1940s setting to life. Here are some things to look for while you’re watching the premiere this week.

The biggest influence on Western fashion in 1946 was, obviously, World War II. Fabric rationing led to a trend for simpler clothes, and women’s fashions suddenly became more practical due to the influx of women joining the workforce—like Peggy Carter, whose career began in the Strategic Scientific Reserve during the war. These factors added up to women wearing low heels and plain, knee-length skirts without pleats or frills, and men wearing suits without cuffs or flaps on the pockets. 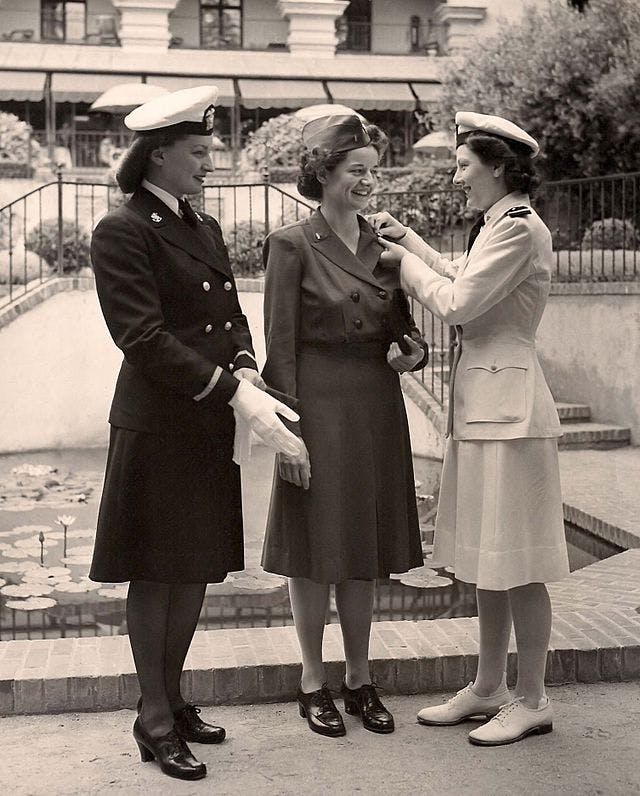 Agent Carter takes place during a dynamic period in fashion history, the transition from wartime austerity to the postwar styles that would define the 1950s. By 1947 the French fashion industry was up and running again, and Christian Dior introduced the so-called “New Look” of nipped-in waists and flouncy calf-length skirts.

Wartime fashions were all about patriotism and practicality; 1947 onward saw a gradual return to frivolity and affordable glamour—and a stricter adherence to traditional gender roles, which was something of a mixed blessing. Most postwar fashions used far more fabric than the utilitarian clothes of the 1940s, or were a direct reaction to the supposedly “masculine” styles worn by women during the war. The first season of Agent Carter happens just before this turning point, so most women will still have their wartime wardrobes (or something like it) while a few are beginning to experiment with new styles. 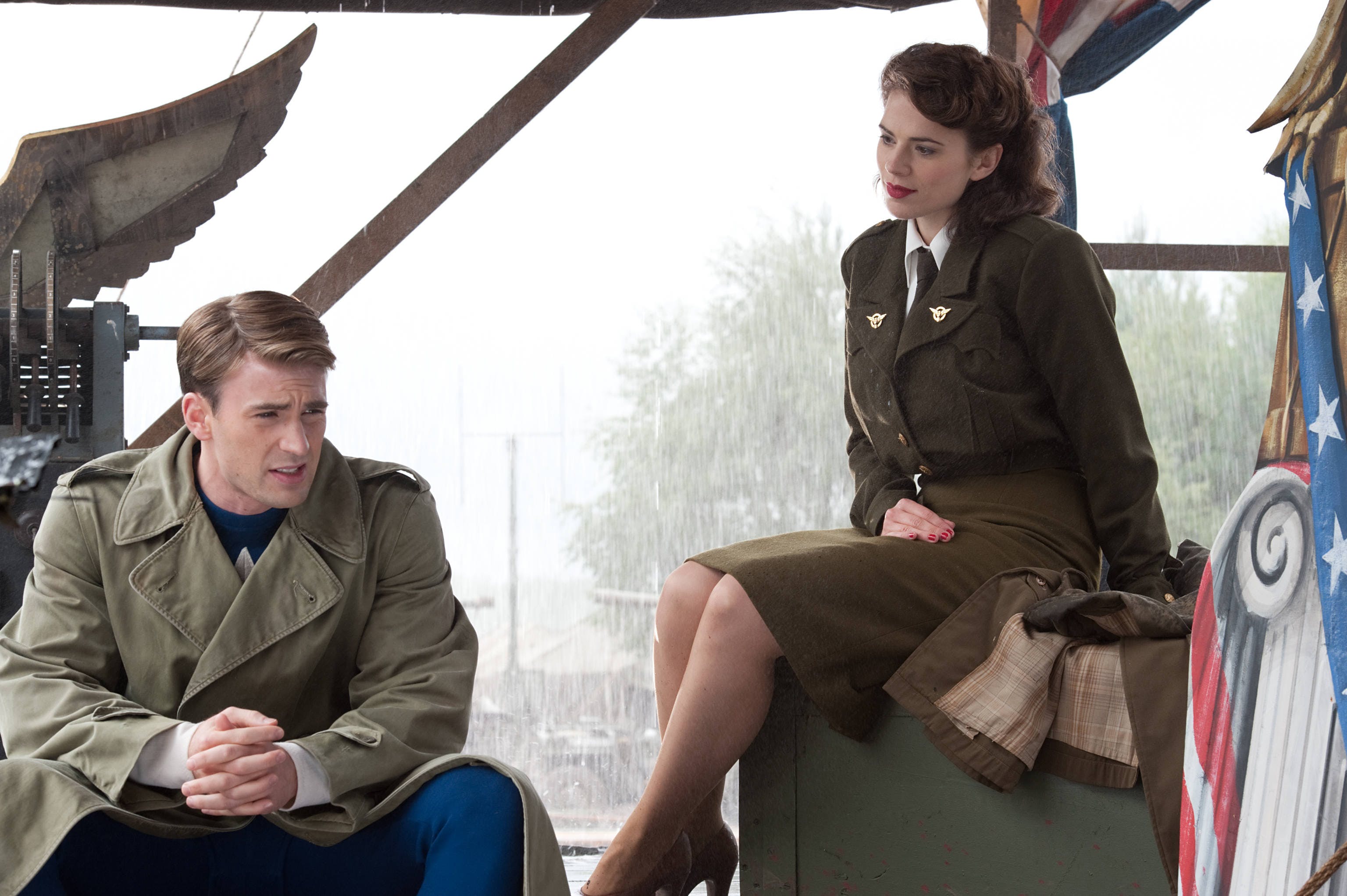 Looking at the clothes worn by Peggy Carter in Captain America: The First Avenger, she’s a vision of the ideal wartime Englishwoman, ripped straight from a propaganda poster. Her main outfit is a uniform consisting of a boxy khaki jacket and a skirt or pants, but her hair and makeup are always perfect.

Makeup was a surprisingly big deal during WWII, because it allowed women to keep looking feminine while working in factories and other physical jobs. Nowadays this seems bizarre and bordering on misogynist, but staying pretty was seen as a patriotic duty, and red lipstick and colorful nails were very popular.

When we see Carter after the war, her style hasn’t changed much. She may not be wearing a uniform any more, but she still favors plain white shirts and sensible skirt-suits, heavily influenced by wartime trends. The one exception is the flamboyant red hat she wears in the Agent Carter promo posters. 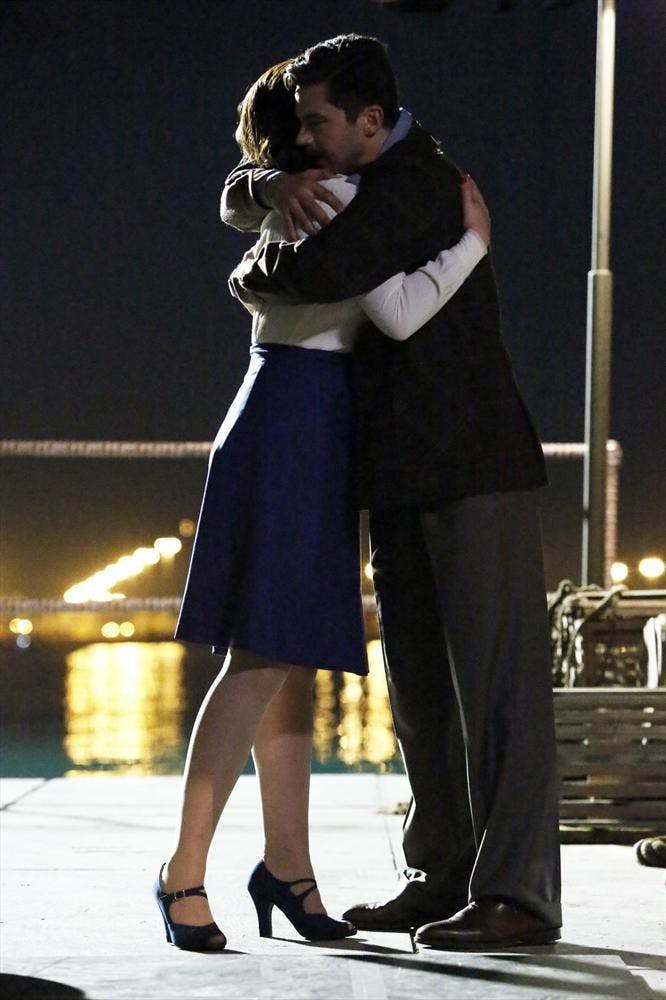 The costume designers for Agent Carter have nailed down a very specific look for Carter, essentially a female version of the suits worn by her male coworkers, but with makeup and accessories that indicate she isn’t trying to blend into the background. A lot of the time she’s dressed in red, white and blue, a callback to her relationship with Captain America.

Other female characters in the show will wear different spins on postwar styles, with Carter’s American roommate Colleen looking more casual and modern in colorful sweaters and skirts. In one photo we see Howard Stark’s lady friend wearing something that was just coming into style: tropical print beachwear.

Our prediction is that Peggy Carter’s costumes will remain trapped in the 1940s while other characters begin to adopt new fashions. Nicely symbolic of her lingering attachment to her wartime life. 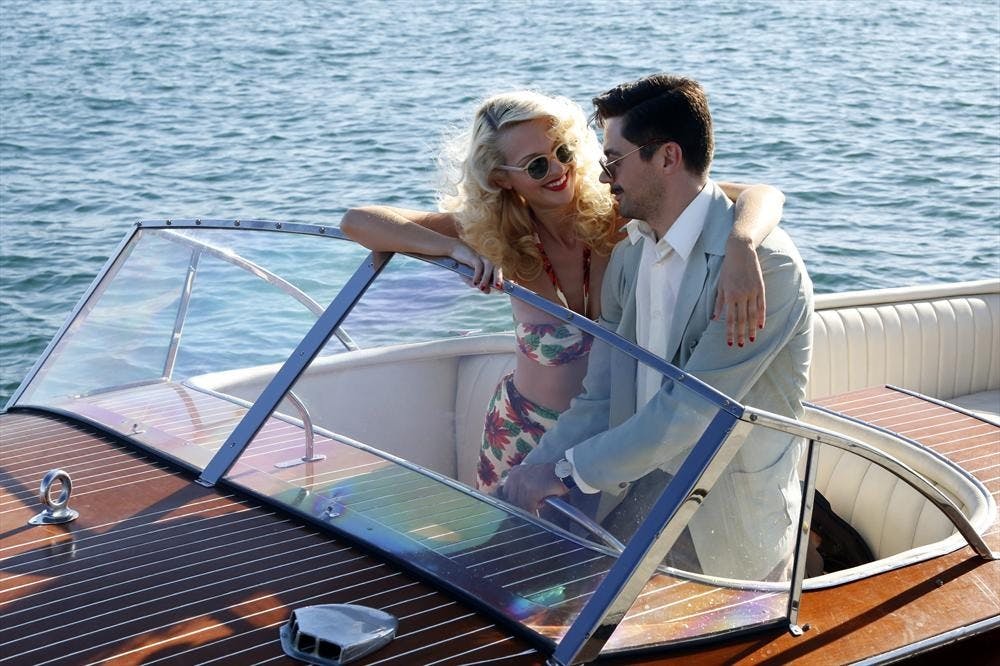 The easiest way to describe 1940s menswear is that it looks like a slightly dorkier version of what we see today. In the 2010s, a much tighter style of suit is in fashion (think Daniel Craig’s James Bond), whereas 1940s suits were wide-shouldered and baggy, often with pleat-fronted pants. The first episode of Agent Carter seems to include a party scene full of guys in this kind of outfit: suits with wide lapels and wide, patterned ties. Howard Stark, a rich, eccentric engineer, doesn’t seem to wear a suit very often and instead goes for open-necked shirts and casual jackets. 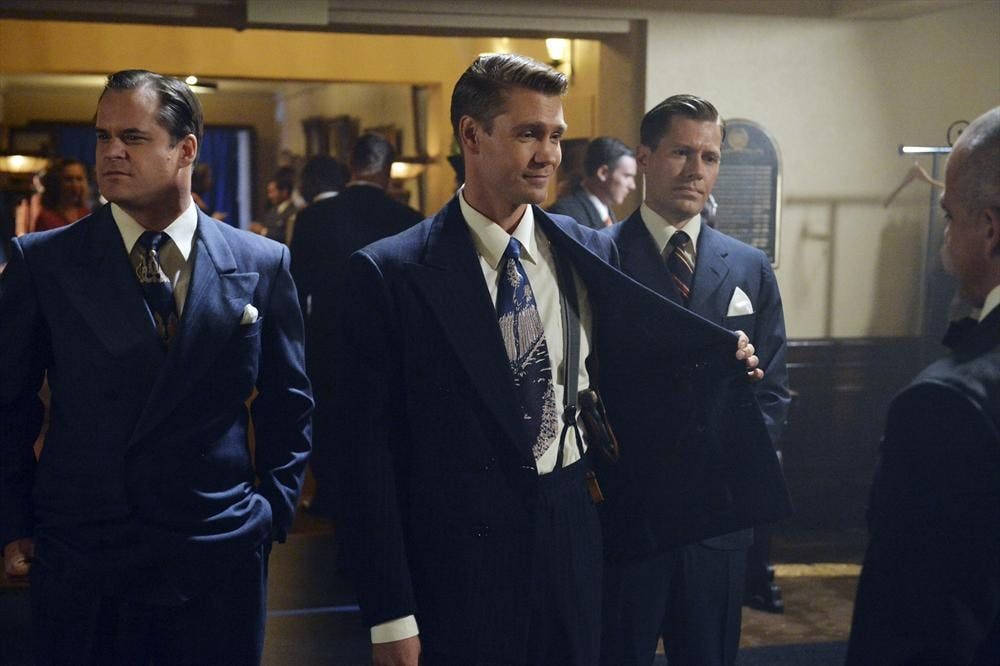 One thing we don’t have to worry about in Agent Carter is whether Peggy Carter looks like the character in the comics. She doesn’t, and she never will.

Peggy Carter’s comic book history is long and convoluted, with her first major storyline casting her as a French resistance fighter who gets hit by shrapnel and loses her memory. That comic came out in the 1960s, well over 20 years after Steve Rogers’ first appearance as Captain America. In the 1970s (by which time she’s presumably in late middle age) she goes to work for S.H.I.E.L.D., but a new comic called Operation S.I.N. has her up with Howard Stark in the 1950s—and depicts her as a blonde. Like many long-running comic book characters, Peggy Carter’s backstory and appearance are all over the place, so the Marvel Cinematic Universe was free to rewrite her from scratch.

Costume design is an important part of any TV show, but Agent Carter‘s setting makes it particularly interesting. The combination of historical drama, adventure story and comic book adaptation make it almost unique, and Carter’s double life makes her fashion choices even more interesting. Plus, there’s the added bonus that you don’t need to care about potential historical inaccuracies. This all takes place in a universe where supersoldiers and alien gods exist, so wearing the “wrong” hat really doesn’t matter at all.