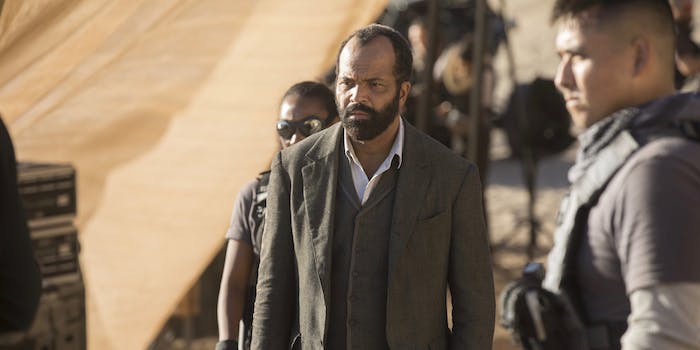 ‘The maze wasn’t meant for you.’

With just days until the season 2 premiere of Westworld, creators Jonathan Nolan and Lisa Joy offered some of its most attentive fans the keys to the new season, which—for better or worse—played out much differently than many of them expected.

On Monday, Nolan and Joy participated in a Reddit AMA on r/westworld, which—for the most part—was an average, run-of-the-mill Q&A between a show’s creators and its fans. But at the end of the AMA, Nolan and Joy aimed to tackle the show’s spoiler issue head-on with a proposition for fans: If their comment got 1,000 upvotes, they would release a video that revealed every major point of Westworld season 2 so fans who wanted to know the twists could shield those who didn’t when discussing theories.

Many thanks for your great questions and thoughts. As I’ve said before, I’ve been a member of the reddit community for years (no I’m not going to share my original username…). And I greatly enjoyed watching the friendly folks at this subreddit guess the twists and turns of the season.

It creates a larger problem for us, though, in terms of the way your guesswork is reported online. ‘Theories’ can actually be spoilers, and the line between the two is confusing. It’s something we’ve been thinking about since last season. The fans of Game of Thrones, for instance, rallied around and protected the secrets of the narrative in part because they already knew those secrets (through season 5).

We thought about this long and hard, and came to a difficult (and potentially highly controversial) decision. If you guys agree, we’re going to post a video that lays out the plot (and twists and turns) of season 2. Everything. The whole sordid thing. Up front. That way the members of the community here who want the season spoiled for them can watch ahead, and then protect the rest of the community, and help to distinguish between what’s ‘theory’ and what’s spoiler.

It’s a new age, and a new world in terms of the relationship between the folks making shows and the community watching them. And trust is a big part of that. We’ve made our cast part of this decision, and they’re fully supportive. We’re so excited to be in this with you guys together. So if this post reaches a 1000 upvotes we’ll deliver the goods.

HBO confirmed the post, noting that it was “an initiative from the Westworld showrunners. We suggest you stay tuned to Reddit for their next move.”

For several hours until the post received the requisite upvotes, fans faced a number of quandaries and concerns. Some people couldn’t comprehend why Nolan and Joy would just post every reveal from the new season. There was plenty of debate about whether fans should click on the video when it was released, and how the goal to keep an eye on spoilers among theories would even work. Those who wanted to watch the show and speculate in real time wondered how they would avoid spoilers online. While members of forums like r/westworld tend to protect other fans, it’s all too easy to stumble on a spoiler around the internet—or be exposed to them by trolls. And then there are the flaws in Nolan and Joy’s comparison to early Game of Thrones seasons. One is a direct adaptation, while another is not as tethered to its source material. Westworld’s spoilers would all be new information. Some thought it was all just an elaborate joke. (And they turned out to be right.)

But the issue does touch on a problem that plagued Westworld’s first season (and later Game of Thrones seasons): Many fans correctly guessed some of the biggest reveals from season 1 several episodes before they played out. Some entertainment reporters speculated along with the fans, while others just wrote up what the internet deduced, which spread the theories even further. In Game of Thrones’ case, it also involved the outline for the latest season leaking online and some fans attempting to pass off leaks (like the dragon Viserion dying and being resurrected) as their own theories.

And when some of them were confirmed, those theories were seen as spoilers by some fans. (For what it’s worth, I knew about a lot of those twists before watching Westworld’s first season and still immensely enjoyed it, but that might not have been the case for other fans.)

In the lead-up to season 2, Westworld has certainly played up the fan community and sleuthing factor in its marketing; many of its teasers involved puzzles or hidden codes that had to be solved to access an additional clip or teaser. At SXSW, Nolan teased an announcement in the future that would include fan theories, admitting that “we love to fuck with Reddit as much as possible.”

A few hours after reaching 1,000 upvotes, Nolan and Joy delivered (in more ways than one). They posted a 25-minute video online titled “Westworld Season 2 — A Primer,” which starts off with narration from Bernard (Jeffrey Wright) and what looks like footage from the second season based on what we’ve already seen in trailers. About 1:35 in, the tone changes from a Westworld spoiler video to something much more amusing, nefarious, and very dated all at once.

The creators of Westworld actually set up an elaborate marketing stunt that was really just a rickroll the entire time. (Hey, at least Evan Rachel Wood sounds great covering Rick Astley.) After the performance, there was a note to redditors before the rest of the video played featuring a cute dog and the Westworld theme on a loop.

From all of us here at Westworld,

thank you for watching.

We hope you enjoy season two…

Did it work? It depends on how invested you were in actually seeing that video and how you interpreted the stunt itself. You might see it as an elaborate troll worthy of praise—or as a turnoff aimed at fucking around with some of the show’s more engaged fans. For a few hours, Nolan and Joy planned to upheave an entire show to cater to a small subset of fans—which then garnered headlines—and could have changed how we talk about and engage with spoiler culture, a debate that’s much more nuanced than “is it good or bad?” It also made others worry about how they could engage with the show without being spoiled themselves, only to have the curtain pulled to reveal a gag that’s been around for more than a decade.

Reddit, for now, is keeping up the ruse. While it’s certainly ruffled the feathers of some fans, it’s got us talking about Westworld again, which may have been the main goal of the stunt in the first place. And although the internet might figure out most of season 2 before the answers reveal themselves in the episode, the creators have proven—whether to our detriment, delight, or both—that they’ve still got some unexpected tricks up their sleeves.