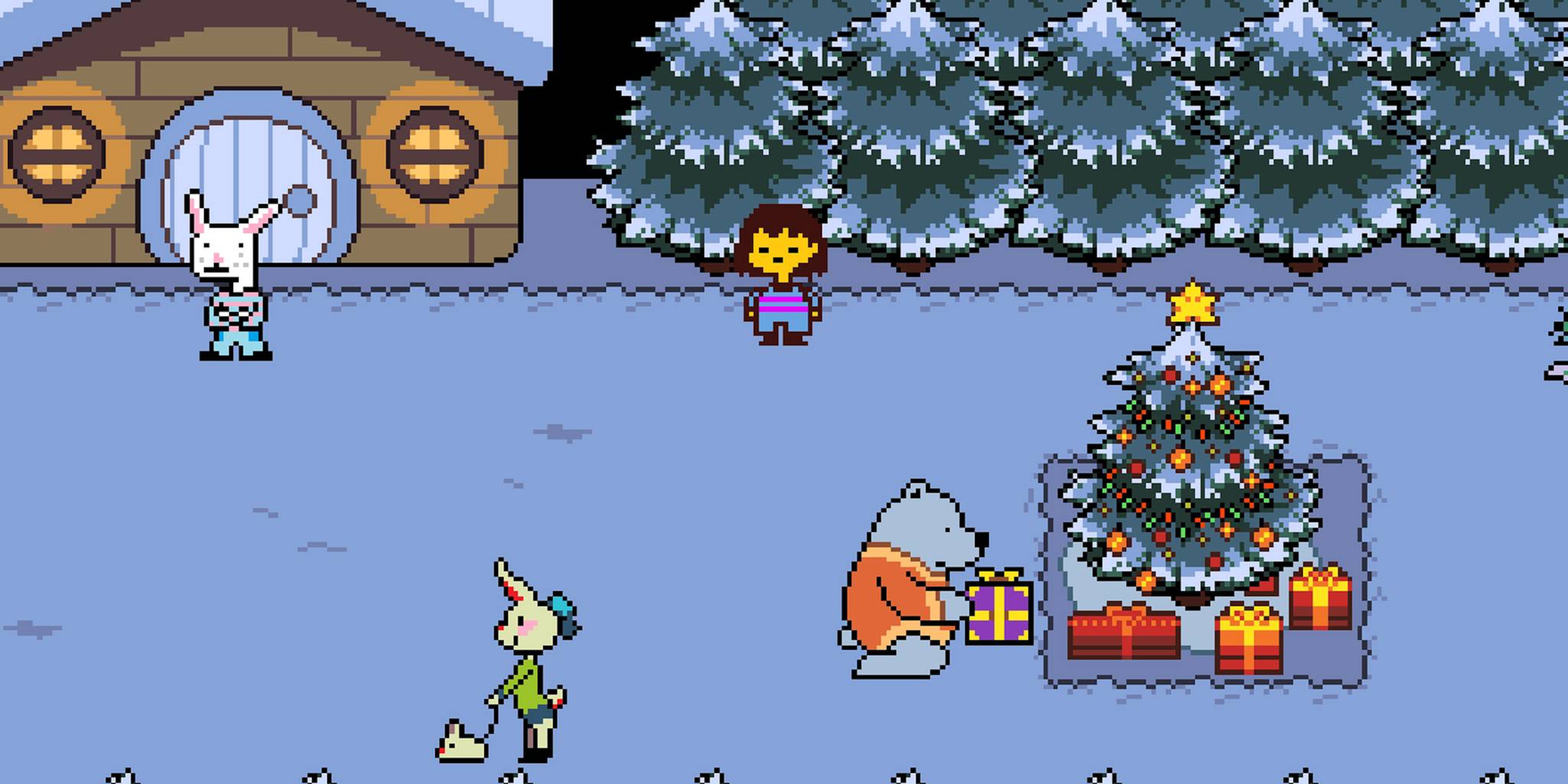 What’s the best video game of all time? It’s an impossible, arbitrary question. There are certainly obvious contenders: Super Smash Bros. Melee has been a hit most of this century, The Legend of Zelda: Ocarina of Time blew everyone’s mind, and most of Earth’s quarters are rotting away in dusty Street Fighter II arcades.

It’s safe to say, however, that an indie title from 2015 is most certainly not the best game of all time. Except that it is—at least according to GameFAQs.

For its 20th anniversary, the site planned a spirited fan poll to determine the Best Game Ever this month. That’s where a union of deft anarchists saw an opening.

In September indie developer Toby Fox released Undertale, a single-player, role-playing game for PC and Mac. It received universal praise, and has been given overwhelmingly positive reviews across Steam. But at high-profile opportunities like the Game Awards, Undertale barely registered a snub.

That only made its cult stronger. As word spread of this quirky RPG with lovable characters, stellar music, and unique battle system, a fandom blossomed. On Reddit and Tumblr communities came together to discuss theories, create fanart, gush.

As the GameFAQs Best Game Ever poll became a thing, die-hards saw a window to rally the base. The world would remember this overlooked gem.

Tumblr started reblogging in droves, bringing attention to Undertale. It breezed by many of the earlier voting rounds, but some heavy hitters made for close confrontations—Super Mario 64 almost derailed the love train in the quarterfinals.

At first, things were looking in Mario’s favor.

But Tumblr and Reddit united to turn the tide and just barely edged out what is considered to be one of the most revolutionary games of all time.

The semifinal round brought an even more serious foe: Super Smash Bros. Melee. The game has been going strong since 2001, with a vibrant esports community and dedicated fanbase. It didn’t help that the allied forces over at r/SmashBros changed horses midstream.

But just as with Super Mario 64, Undertale turned it around.

There was a small divide within the Smash community on unionizing around this poll. Cognitive Gaming’s Jason “Mew2King” Zimmerman encouraged people to vote for Melee.

I'd rather have undertale win if anything. Gives some publicity to a small indie studio, not Nintendo who never even cared about melee.

The Undertale community had brought their game to the final round, going against Ocarina of Time. Following the heated momentum from its last bout with Melee, a landslide victory for Undertale.

And with that, Undertale won GameFAQs Best Game Ever, bringing this indie title some recognition. Of course this poll was merely a popularity contest thrown up on the Internet. It all came down to which group of people could organize best for one cause. If 4chan wanted to, its user base could have easily thrown off this entire poll.

But will the larger gaming populous be moved to try its new champ? GameFAQs asked users just that, and the results were somewhat encouraging. 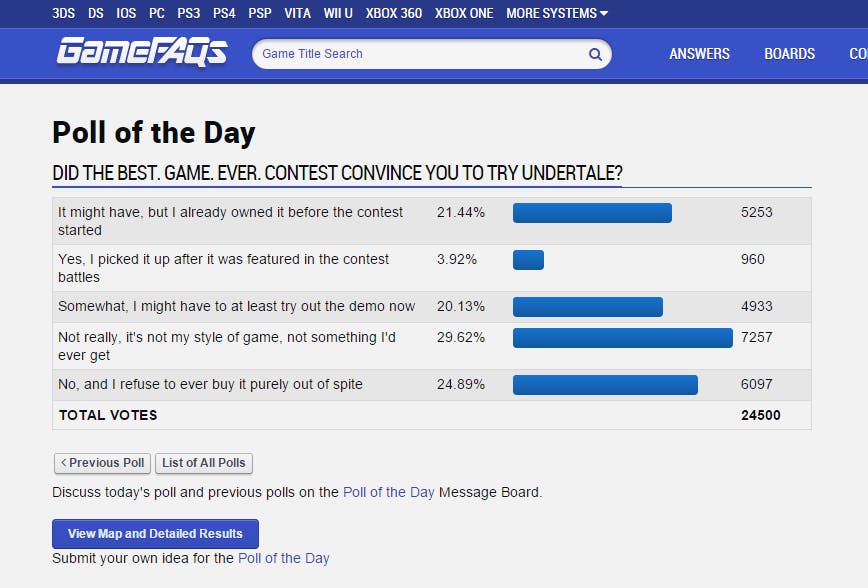 More than 20 percent of users are now willing to try out Undertale. But nearly 55 percent of voters refuse to play it, either due to lack of interest or out of spite. Gripe as they might, an overlooked underdog made the most out of its day in the sun.