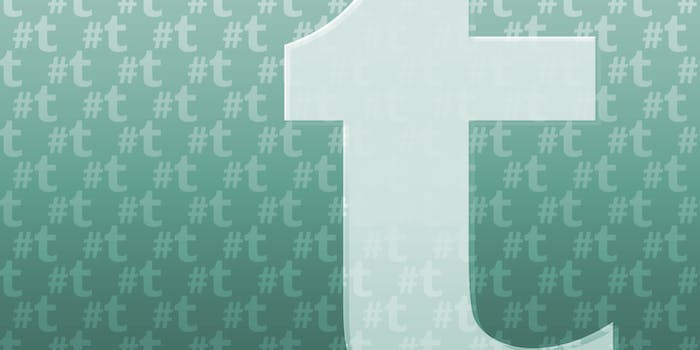 Tumblr launches tool to measure the most popular fandoms

Tumblr‘s latest project is a page called Fandometrics, which it’s describing as “pleasingly scientific rankings” of the most popular fandoms on the site.

It looks similar to Tumblr’s Year In Review, which tabulates the most-reblogged celebrities, GIFs, and memes of the year. The difference is that Fandometrics updates weekly, acting as a kind of Billboard chart for video games, musicians, TV shows, and “web celebs.”

This week, the top five TV shows are the Golden Globes, Legend of Korra, Supernatural, Agent Carter, and Glee. The music section is a  lot more predictable: Australian boyband 5SOS and the ever-present One Direction, who will presumably be in the top five until the sun becomes a black hole and we are all dust in the vacuum of space.

Fandometrics is similar to Twitter’s trending topics function, but with the more obvious goal of connecting brands with the site’s userbase. Speaking to THR, Tumblr’s head of media, Sima Sistani, explained, “Smart social marketers are moving away from measuring success in terms of real-time conversations, instead focusing on building momentum through influential fan communities that serve as powerful brand advocates.”

So, to decode that statement: If you reblog a lot of things about a certain fandom, then someone may try to sell you something connected with that fandom. And if Avengers: Age of Ultron doesn’t top the Fandometrics list for the entire month of May, then Marvel Studios will probably be firing its Tumblr team.

As for the reaction from Tumblr users themselves, we’re predicting this will go the same way as most fandom popularity contests: all-out war between fandoms like Sherlock and Supernatural, as they duke it out for first place on the leaderboard.

That being said, Fandometrics could prove useful for TV shows that are struggling in the ratings. For example, Legend of Korra is still going strong several weeks after its final episode aired on TV, while Agent Carter is at a respectable No. 4 in spite of its middling ratings. The next time a show is in danger of cancellation, you can bet the fans will be trying to get attention by reaching the top of the Fandometrics list.