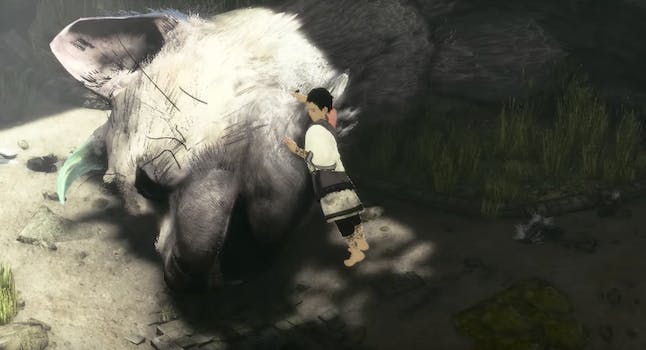 If you aren't literally crying with joy right now, you may not be human.

The gasps of joy in the audience at Sony’s E3 press conference were unanimous as one of the most hoped for games of the last five years—The Last Guardian—finally got an official release date.

The release date comes with special excitement for gamers; many had come to believe the magical-looking title was doomed to become vaporware. Announced back in 2007, The Last Guardian was originally under development by Team Ico. After showing at E3 2009, the game stopped appearing at conventions. When Fumito Ueda left Team Ico in 2011, he committed to completing the game, but all signs pointed to a beautifully imagined world doomed to burn to a crisp in development hell.

Uedo’s new studio, genDESIGN, took over the project in 2015, and it was re-introduced at E3 2015. While it was easy to write this off as just another hollow promise, Sony finally came through. Short of a massive upset, we will actually meet the mighty Trico and his young friend in the way we’ve always wanted come October.