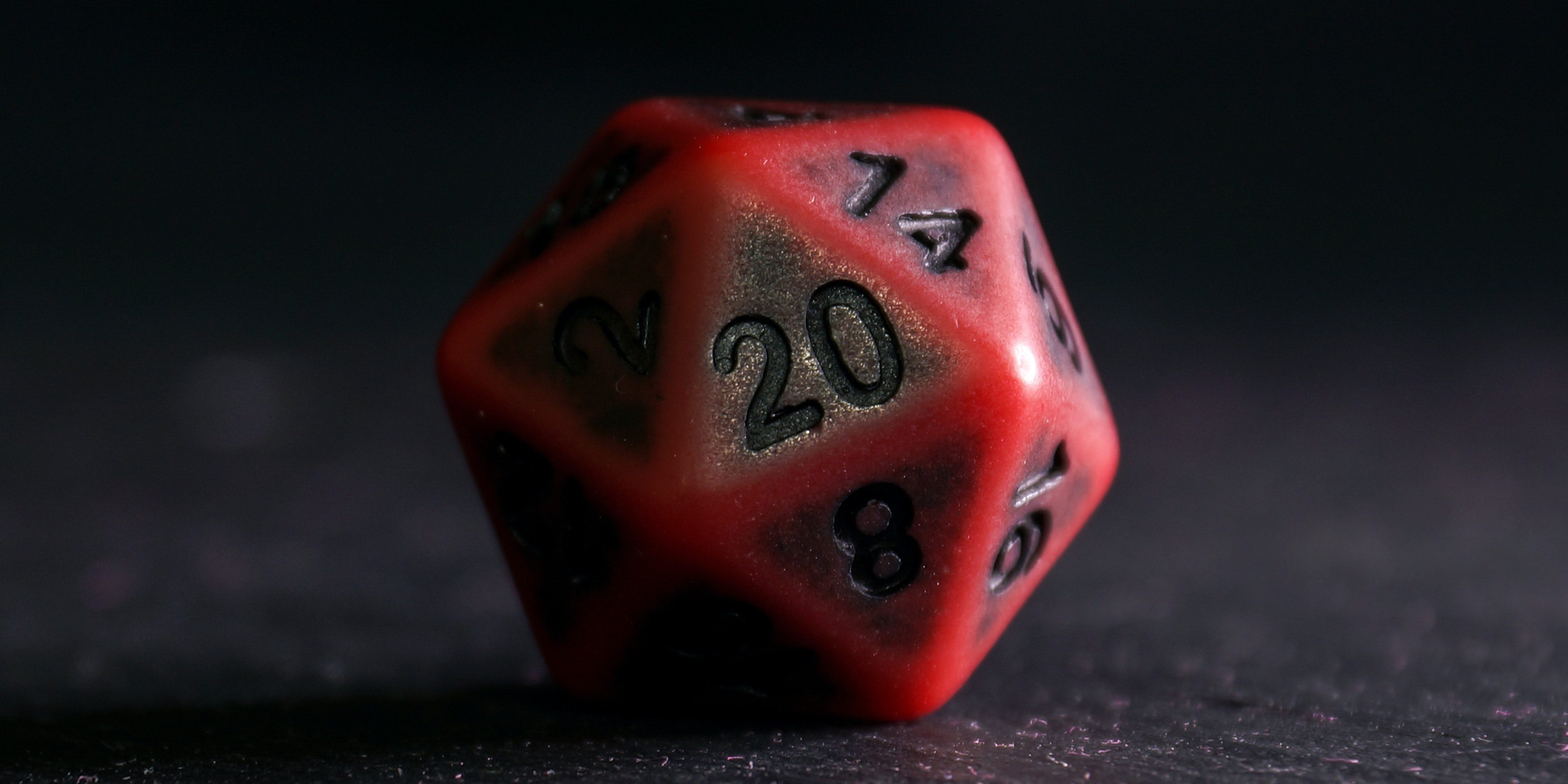 Dungeons and Dragons isn't just for your mom's basement anymore.

Since its release in 1974, Dungeons and Dragons has been a signifier of nerdom in movies and TV. It’s a favorite past-time of ultimate geek and physicist Sheldon Cooper in The Big Bang Theory, and it serves to raise Neil’s spirits in Community.

But if Google searches and growing online communities offer any proof, the tabletop role-playing game’s appearance in one particularly kitschy basement—that of the Wheeler home in Netflix’s Stranger Things episode 1—has catapulted the game to unprecedented levels of popularity.

Stranger Things, the Netflix Original about a fictional small town plagued by supernatural happenings, features Dungeons & Dragons pretty heavily. The main characters don’t just play the game. They also live out its common themes, like rescue missions, courageous adventure, and avenging slain loved ones. The inclusion of the game both helps root the story in the 1980s and give it momentum, like when the young boys name a thesselhydra, the first season’s big bad, after the demogorgon, a classic monster in DnD canon.

And it seems like no accident that with the release of each new season of Stranger Things, searches for the game spiked online.

According to Google Trends, DnD rose in popularity as a search term by 20% between the first and second seasons of Stranger Things, and an additional 50% in the two years between the second and third seasons. (Google’s statistics are in proportion to a search term’s peak popularity. Before Stranger Things, people were most often searching for the term “DnD” in 2004.) SyFy Wire reports that 2017 was also the best year in sales for the game. (Netflix and Dungeons & Dragons publisher Wizards of the Coast did not respond to the Daily Dot’s requests for comments.)

Perhaps the renewed interest in DnD came in part because, in Stranger Things, the game isn’t played by uncool side characters but by the show’s preteen heroes. Those heroes just happen to represent the “nerd” archetype the game has long been associated with, despite its increasingly diverse community of players.

Brennan Lee Mulligan is the host of College Humor’s Dimension 20, a YouTube channel dedicated to a slew of DnD plots (called “campaigns” in the game). Mulligan said he’s a lifelong fan of DnD and was pleasantly surprised to see that the inclusion of DnD was not at the expense of the game or stereotypes about its players.

“Stranger Things is certainly not the first piece of media to include people playing Dungeons and Dragons,” Mulligan said. “Not long ago Community did it, but it was used as a very fine illustrated point which is that there are a lot of jokes at Dungeons and Dragons’ expense. They have a fun time playing in Community, but it’s still very much like one of the people get made fun of, and you know that that’s not kosher.”

Mulligan said that the portrayal of DnD in Stranger Things is more in line with how it actually features in the lives of those who play it.

“I think that it adds a lot of verisimilitude, those boys would be playing that game for sure, but I think that there’s also an element of tenderness in the inclusion of the game,” Mulligan said. “There’s no mockery of that.”

In real life, the show naturally inspired a Stranger Things edition of DnD, which was released on May 1. Reviews of the starter set are fairly positive, with criticism largely resting on inconsistencies in the naming of monsters between the original game and the show’s 1984 setting.

Other DnD-specific media has enjoyed direct growth in the three years since Stranger Things first aired. “Critical Role,” for example, is an animated YouTube and Twitch series in which professional voice actors play Dungeons and Dragons. Searches for the web series have also been generally up since July 2016. (The Daily Dot reached out to Critical Role, but its creators declined an interview.)

Benjamin Scott is behind YouTube’s most-subscribed DnD channel, Puffin Forest, where he animates DnD campaigns. In other words, he provides visual accompaniments to the stories being told by the Dungeon Master, who acts as a narrator to the characters on their quests in the game’s lore. Scott has an audience of 624,754 subscribers, some of whom discovered DnD by watching Stranger Things.

“I’ll talk to fans on occasion and ask how they got into (DnD) and they’ll say, ‘Oh I watched Stranger Things playing Dungeons and Dragons and I was curious about it and I heard stories about it,’” Scott said. “People hear about DnD on occasion, and that’s what causes them to seek out the books or look online about it.”

In the Stranger Things subreddit, fans often explore their favorite aspects of the show and debate their preferred arcs in the game. Redditor Lauren Allen, u/renaariaa, told the Daily Dot in an email that although she and her brother had played DnD as children, she began playing again after she and some friends watched the first episode of Stranger Things.

Allen said the accuracy of DnD gameplay in Stranger Things was what drew her to play again as an adult.

“We all thought the portrayal in the initial season made the game look fun and I personally like that the characters all acted in their character’s class,” Allen said.

In the game, players choose which class, or occupation, their characters will adopt. The main 12 DnD classes are barbarian, bard, cleric, druid, fighter, monk, paladin, ranger, rogue, sorcerer, warlock, and wizard, and there are more with new editions of the game. In the show, Eleven is a “mage,” reflective of her supernatural abilities, while Lucas is a ranger who is focused on the hunt for Mike, keeping the others focused and grounded when they begin to spiral.

“I thought it was a new way to approach how the characters acted,” Allen added.

Including something like DnD in a show as popular as Stranger Things, Scott said, reveals a shift in popular culture. “Because gaming is more widespread, including those terms means that people understand concepts that were once obscure in gaming,” Scott explained.

And, as fans of DnD know well, it makes for great storytelling.