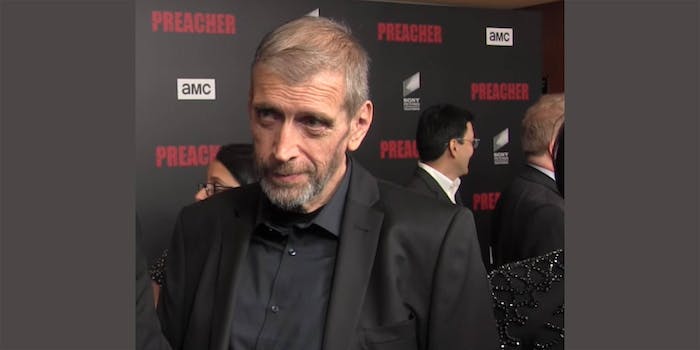 Preacher co-creator Steve Dillon passed away in New York City. The prolific graphic novelist and artist, whose work on both Preacher and the Punisher were genre-changing, was just 53 years old. His brother confirmed his death in a tweet early Saturday morning.

Sad to confirm the death of Steve, my big brother and my hero. He passed away in the city he loved (NYC). He will be sorely missed. Cheers x

Long considered a comics prodigy, Dillon landed the job of a lifetime when he was 16, drawing lead story art for Marvel UK’s Hulk Weekly debut issue. It was his work on Preacher that defined his legacy and earned him an Eisner nomination. Dillon’s work revamping the Punisher with Welcome Back Frank set the course for an epic return whose impact is still felt to this day.

Fans and colleagues alike have taken to social media to mourn the loss of such an iconic artist.

Heartbroken to hear about Steve Dillon's passing. He was a sweetheart of a guy, his storytelling was right to the point. An incredible loss.

Such awful, unexpected news about Steve Dillon, a unique talent. Take care of yourselves, comics people.

So sorry to hear of Steve Dillon's passing. He was a massive talent. pic.twitter.com/NcgqSDB0lD

Steve Dillon was a master storyteller. PREACHER, PUNISHER, all of it done with so much exceptional skill + magic. We lost one of the greats.

Update 12:56pm Oct. 22: This article has been updated to reflect the fact that Dillon was 54 and not 53 when he passed away.