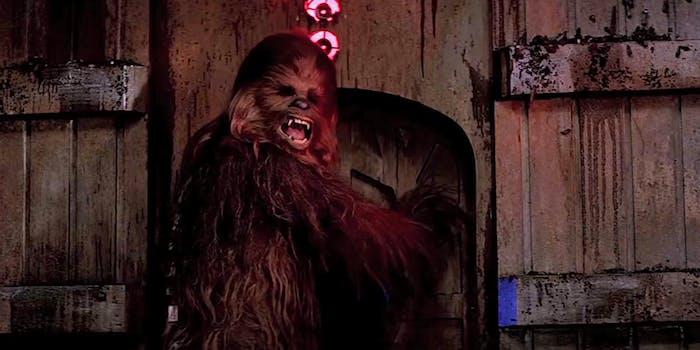 Will the young Han Solo movie be delayed?

Could it make the jump to hyperspace?

Officially, the still-untitled Han Solo anthology movie, directed by The Lego Movie’s Phil Lord and Chris Miller, is still scheduled to hit theaters May 25, 2018. But a new report from the Star Wars fan news site Making Star Wars indicates that the Han Solo movie might make the jump to a new theatrical release date: Dec. 13, 2018.

For now, we should take this new rumor with a grain of salt. The source of the new date comes from within the theater industry in the form of paperwork announcing the Dec. 13 date (with a note that “the release date is subject to change”), and Making Star Wars concedes it’s possible the date appeared on the paperwork in error.

But even if the release date isn’t changing anytime soon, Lucasfilm has stopped listing the May 25, 2018 release date in full. While it was included with the announcement of Lord and Miller as directors, but it’s notably missing for the casting announcements of stars Alden Ehrenreich (Han Solo), Donald Glover (Lando Calrissian), and Emilia Clarke. Ehrenreich’s casting, which came after auditioning more than 2,500 actors, was announced at Star Wars Celebration, and the official post on StarWars.com doesn’t mention a release date. For Glover and Clarke, casting announcements via courtesy of StarWars.com only mentioned a 2018 release date.

Releasing The Force Awakens and Rogue One in December—and outside of the crowded summer blockbuster circuit—has yielded a tremendous box office return for Lucasfilm. The Force Awakens earned more than $2 billion worldwide and broke nearly every box office record while Rogue One has already made more than $789 million globally since its December release. If Disney keeps heading in this direction, Star Wars could soon become a holiday tradition.