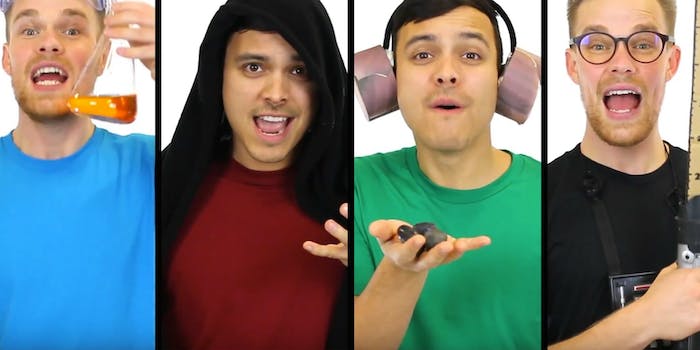 With the release of Star Wars: The Force Awakens only nine days away, YouTube channel AsapSCIENCE decided to take a trip to that galaxy far, far away in a new video tribute to the sciences.

In the video version of their song “Science Wars,” Mitchell Moffit and Gregory Brown sing a capella about physics, biology, chemistry, and mathematics. Each branch of science gets its own theme, with the AsapSCIENCE folks riffing on John Williams‘ most recognizable Star Wars music, from “Duel of the Fates” to “The Imperial March.”

With lyrics like “may the mass times acceleration be you” and props such as a ruler lightsaber, the video parody is a fun combination of two incredibly geeky worlds.