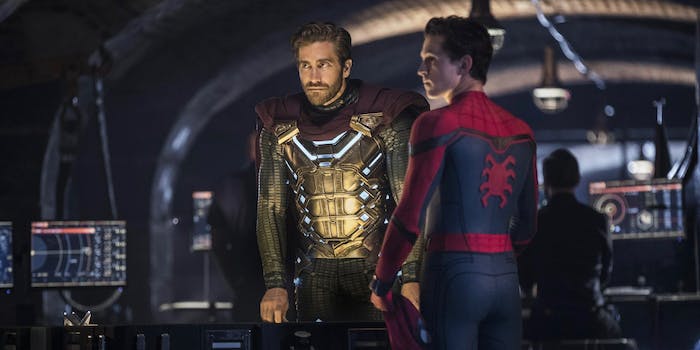 They completely upend Peter Parker's life and the MCU as a whole.

Spider-Man: Far From Home took our friendly neighborhood Spider-Man out of Queens and on a whirlwind European adventure, but once the dust started to settle, it blew up his entire world.

That’s a tall order, especially for someone—as we’re reminded by Nick Fury (Samuel L. Jackson)—who went to space in a previous Marvel movie. But the two post-credits scenes that accompanied Far From Home do just that. One of them is life-shattering, especially to Peter Parker, while the other has not only has ramifications for the Marvel Cinematic Universe as a whole, but it also makes you look back at what you just saw in Far From Home. Both of them contain hints of what might lay ahead for the future of the MCU, which is rumored (a Black Widow prequel and The Eternals) but has yet to be set in stone.

Let’s remove the illusions, shall we?

Mysterio’s final revenge—dished out by a very familiar face 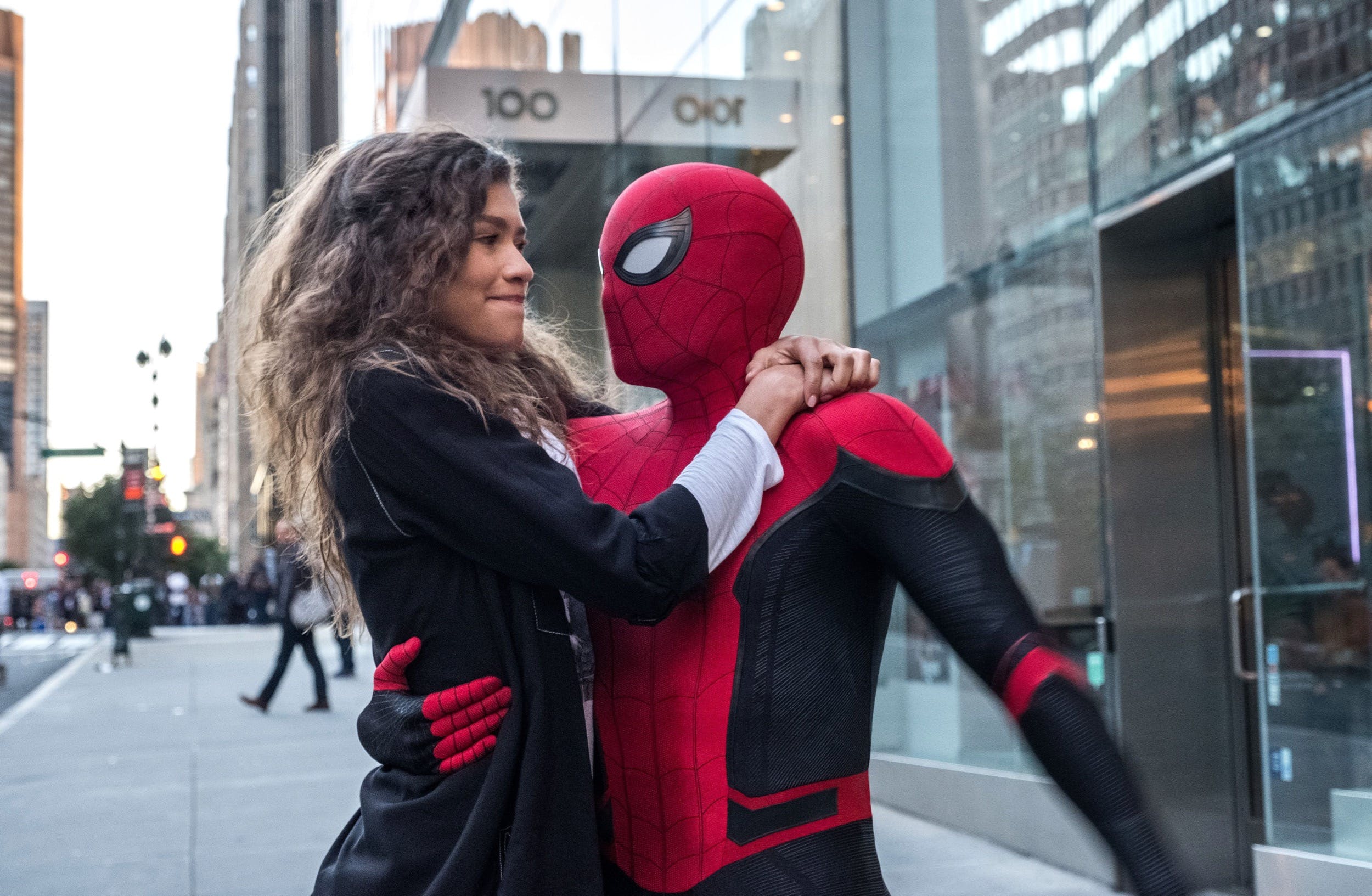 For the most part, Marvel post-credits scenes tend to indicate that some time has passed after the end of the film. But in Far From Home, the first post-credit scene takes place immediately after the film ends: with new couple Peter Parker (Tom Holland) and MJ (Zendaya) swinging through Manhattan.

Once MJ is back on the ground, Peter perches onto a street sign in a crouch stance familiar to anyone who’s played Insomniac Games’ Spider-Man. They’re located outside of Madison Square Garden and Penn Station, a part of Midtown always bursting with activity (enough that passersby with another destination in mind might not pay too much attention to a teenage girl casually chatting with Spider-Man).

But they’re also surrounded by giant billboards, which interrupt their normal ads to give the public a breaking news story: an anonymous source leaked Mysterio’s (Jake Gyllenhaal) final moments in the Battle of London to a “controversial” news site, the Daily Bugle. Revealing those final moments? J. Jonah Jameson, who’s played by Oscar winner J.K. Simmons, the same actor who portrayed the Daily Bugle publisher in Sam Raimi’s Spider-Man trilogy.

The video, which was likely manipulated by Mysterio associate (and former Stark Industries employee) William Ginter Riva—who is last seen downloading files onto a drive in London before escaping—manipulates the circumstances around Mysterio’s death so that the public is led to believe several things. One, that Spider-Man murdered Mysterio while the latter was trying to save London from a supersized version of the Elementals and is looking to become the next Iron Man. And two, Peter used E.D.I.T.H. to order a drone attack in London. In the video’s final moments, Mysterio reveals Peter’s secret identity, knowing full well that Peter was hellbent on keeping that close to his chest.

Jameson, who’s completely sold on the narrative that Mysterio was the true hero and is already letting his famous anti-Spider-Man bias show, is gleeful at the idea that Spider-Man is a murderous traitor. Peter’s high school photo is shown to the world, leaving MJ stunned and Peter in shock.

The reveal of Peter’s secret identity to the world is the complete opposite of Iron Man’s, giving another striking parallel with different results: Tony Stark chose to tell the world that he was Iron Man, whereas Peter never got to have the choice. And now the entire world is likely to think that he’s a mass murderer. Assuming if the public decides to believe this footage; in the MCU, the Daily Bugle is a website that appears to peddle conspiracy theories, so it’s unclear how seriously people take this version of Jameson. But it might be hard for people to argue against Mysterio’s video.

Where does this leave Peter? It’s too soon for the specifics (and Peter doesn’t appear in the second post-credits scene), but we can guess. The people closest to Peter, such as Aunt May (Marisa Tomei), Ned Leeds (Jacob Batalon), MJ, and Happy Hogan (Jon Favreau), could immediately be in danger. They might be ostracized, attacked for their association with Spider-Man and Peter Parker, used as leverage, or even arrested.

Peter’s classmates—including Flash Thompson (Tony Revolori), an avowed Spider-Man fanboy who hates Peter’s guts—will be forced to reckon that not only is Peter is Spider-Man but also that Peter might have killed another hero. On the other hand, given his faith in Spider-Man, it’s always possible that Flash could turn into an unlikely ally in the next Spider-Man film.

Peter, on the other hand, is essentially a fugitive. Mysterio’s final moments and Peter then disengaging a drone attack on London have both been manipulated against him, essentially making him Public Enemy No. 1. It will likely lead to Peter going underground and even attempt to clear his name, but he might not have as many allies as he thinks, especially with S.H.I.E.L.D.

What Nick Fury was really doing during Far From Home 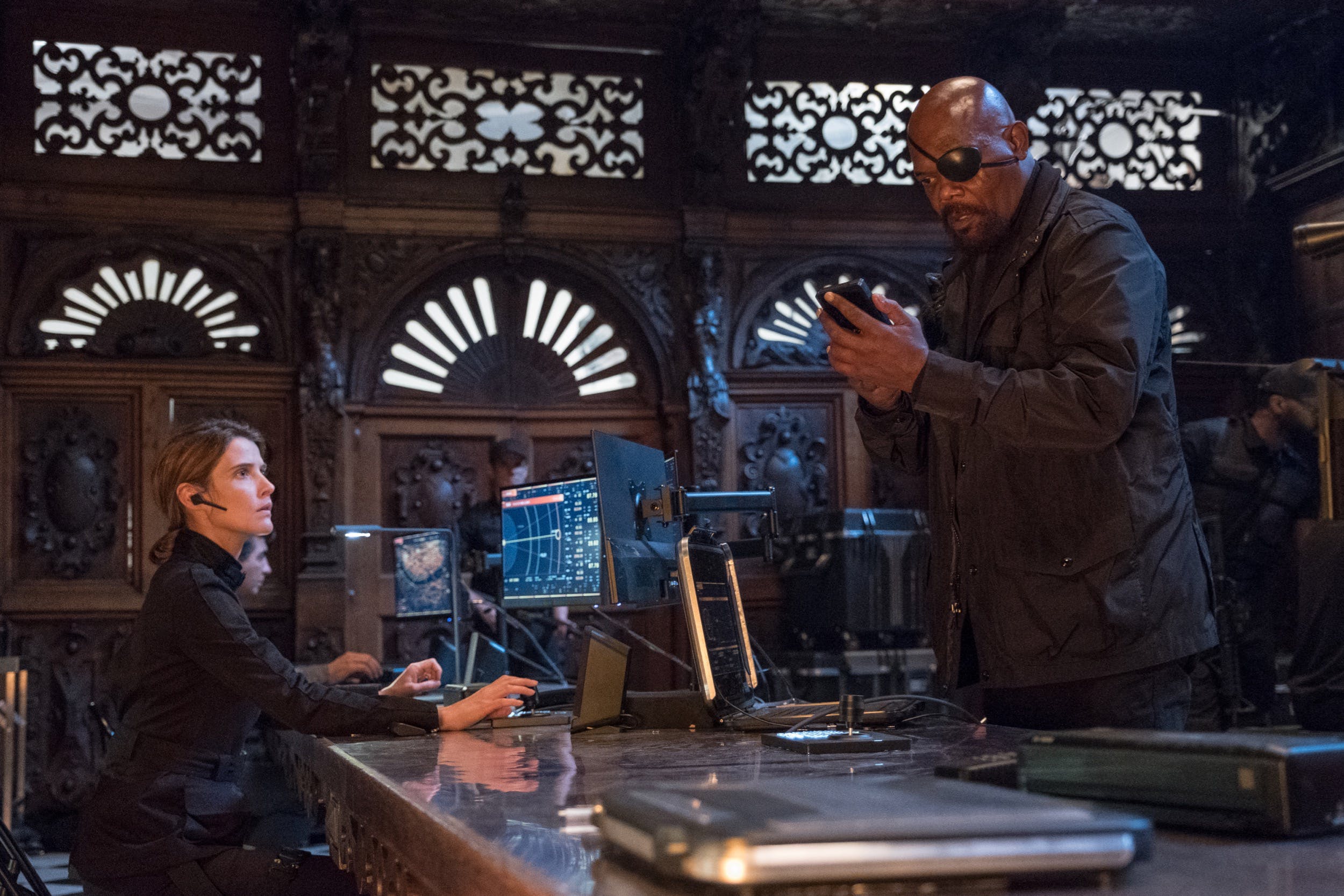 Did Nick Fury and Maria Hill (Cobie Smulders) seem a bit… off to you? The two S.H.I.E.L.D. agents weren’t on top of their game, seemed not to know everything that was going on at all times, and for much of the movie, they were duped by Quentin Beck’s tale of the Blip transporting him from his world (Earth-833) to theirs (Earth-616). Fury even blamed some of his ineptitude because of his five-year absence.

But it wasn’t quite that, not really. Until the film’s final moments, we never see the real Nick Fury. That’s because, for the vast majority of Far From Home, Fury and Hill are actually Skrulls in disguise: Talos, a primary antagonist of Captain Marvel, and his wife Soren. Even though it’s been nearly 30 years since the events of Captain Marvel by the time Far From Home takes place, Talos and Soren are alive and well. They followed Fury’s orders to give Peter Parker Tony Stark’s glasses with access to E.D.I.T.H. system, and when everything went downhill, to try and defuse the situation.

There are a couple of other tells to the long game of Talos and Soren impersonating Talos and Hill. Fury isn’t as strict about simply being called Fury, and he instead answers to Nick on a number of occasions on top of Fury. But also, he’s fiercely protective of Captain Marvel and even gets angry when Peter suggests calling her to help fight the Elementals. It goes beyond the level of fondness that Fury would have for Carol Danvers: Captain Marvel is the main reason why Talos, Soren, and the rest of their kind are even alive.

The real Fury, meanwhile, is on a well-earned vacation of sorts. It’s a simulated beach, one he ends before looking at construction on a new ship. Might it be one to link the MCU to the Eternals?

But for now, Far From Home leaves us a bigger question: if Fury was in space during the entire duration of Far From Home, where exactly was Maria Hill?