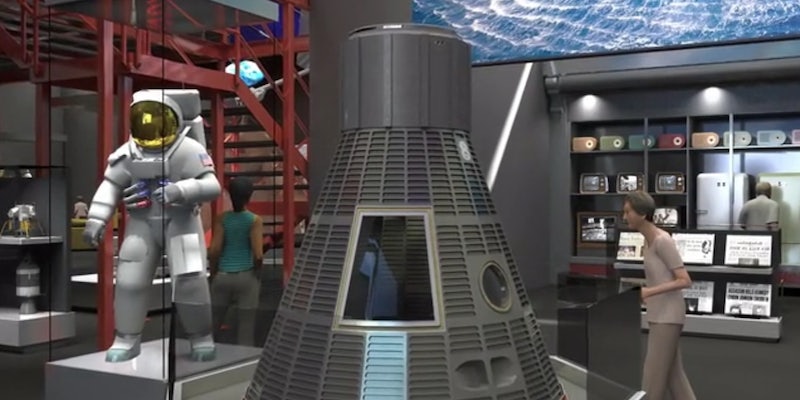 You can help the Smithsonian preserve Neil Armstrong’s moonwalk spacesuit

No way is Congress going to pay for this—even if it should.

The Smithsonian Institution, the nation’s premier museum organization, is launching a crowdfunding campaign to preserve and display one of the most famous outfits in U.S. history.

Monday is the 46th anniversary of NASA astronaut Neil Armstrong‘s historic walk on the Moon, and the Smithsonian took the opportunity to promote a Kickstarter campaign called “Reboot the Suit” that will pay for the restoration and public display of Armstrong’s spacesuit for the moonwalk’s 50th anniversary in 2019.

“We want to put his spacesuit back on display in time for the 50th anniversary of the Apollo 11 mission, and we need your support,” read a post on the National Air and Space Museum’s Facebook page.

According to the Kickstarter page, federal funding wouldn’t cover a project like Reboot the Suit, because Congress only appropriates money for “the Smithsonian’s operating budget and … core functions.”

On the surface, restoring and displaying Armstrong’s suit—easily the most famous spacesuit—sounds like it should be part of the Air and Space Museum’s “core functions.” But the Smithsonian’s broader funding issues suggest that the museum network isn’t too keen on picking a fight with Congress over one project, no matter how historic it might be.

The Smithsonian has been plagued by budget cuts in recent years as a result of an overall decline in federal research spending. It was forced to close several galleries in May 2013 thanks to lower-than-expected funding from the sequester. Every year since at least 2012, budget documents show, the Smithsonian has received substantially less funding from Congress than it requested.

In each of the four fiscal years 2012-2015, Congress gave the Smithsonian an average of $57.7 million less than what it asked for.

In that context, it’s hard to imagine Congress agreeing to fund a project as complicated and expensive as the spacesuit restoration—no matter how much American pride it might inspire.

“To provide public display and access,” the Kickstarter page explains, “Armstrong’s spacesuit requires conservation to stop current deterioration and a state-of-the-art display case that will mimic the climate-controlled environment where it is currently being safeguarded.”

Update 4:07pm CT, July 24: The Smithsonian met its goal on the afternoon of Friday, July 24, and continues to receive donations, with more than 6,300 backers pledging money.