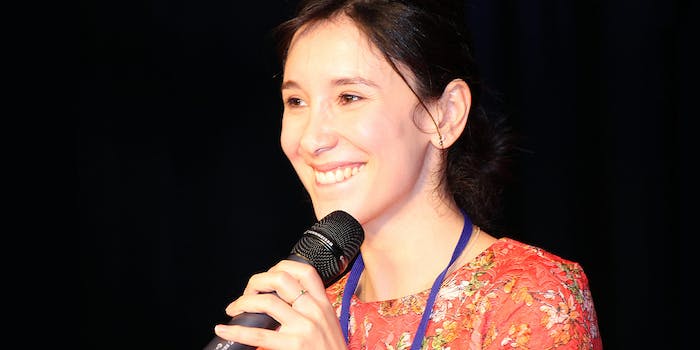 Here's what really happened with Shae.

A couple years ago, some Game of Thrones fans famously found out that Jon Snow was coming back from the dead months before that episode aired because grainy paparazzi photos were published online. On Friday, the actress behind another set sighting explained what exactly was going on with her mysterious on-set appearance.

As her photos spread online, fans had plenty of theories. Some believed that Shae, who was murdered by Tyrion Lannister in the season 4 finale, was returning in a vision or as a ghost to haunt Tyrion. But the photos never quite paid off after Shae failed to show up in season 6.

During a spotlight panel at Con of Thrones, Sibel Kekilli—who played Shae on the show for four seasons—told the New York Post’s Lauren Sarner that her outfit that day was an intentional choice to mess around with the paparazzi.

“I was just visiting [showrunners David Benioff and D.B. Weiss] and we realized that there were some paparazzi,” Kekilli explained. “They asked me to put on a costume and prank them.”

But she also mused about a much more different reason for that visit, as well as a grander ending for Shae.

“I’m coming back at the end and sitting on the Throne!” she told fans.