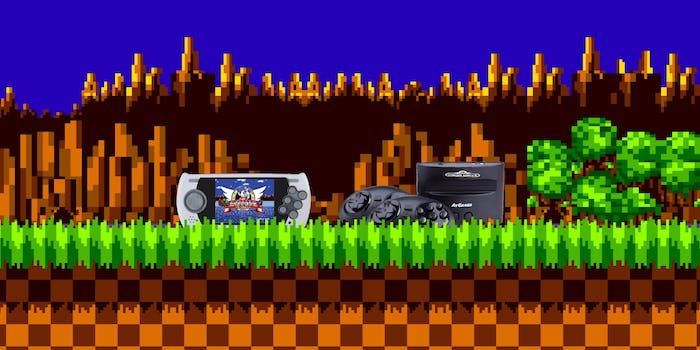 The mini retro console wars are officially on!

Sega has licensed new versions of its Mega Drive/Genesis console to compete with the upcoming NES Classic Edition from Nintendo, meaning only one thing: The console wars have gone retro.

Fans went nuts when Nintendo announced the NES Classic Edition was coming this year. The game system is a precious miniature version of the console that made so many of us fall in love with video games as kids. Sega’s versions, which coincide with Sonic’s 25th anniversary, kick up the offerings a notch with 80 built-in games available in two housings: one console and one handheld. That’s 50 more than the 30 Nintendo is offering with the NES Classic Edition. 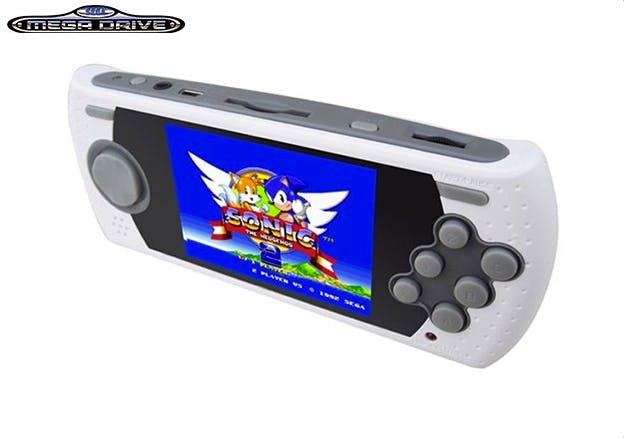 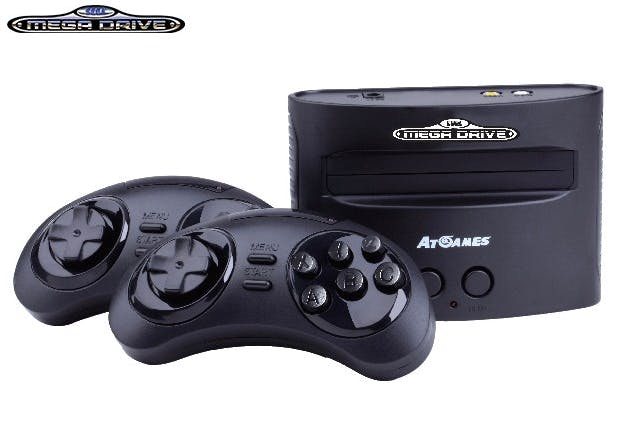 The handheld version also has a SD slot so you can get even more games. Both are available for preorder through U.K. online retailer for about $65 each. It’s worth noting that these mini Sega systems are not an entirely new thing, but this is a Sonic 25th branded rerelease. There are a few from prior years floating around Amazon, and the adorable Sega Genesis II was one of the first pint-sized consoles (although you still had to load individual games into that one).

Can we get a miniature PlayStation, Sony? That would be amazing.

The games included on the Sega systems are:

Plus these bonus SEGA Arcade/Puzzle games:

Updated 12pm CT: The story has been updated to include the list of games.