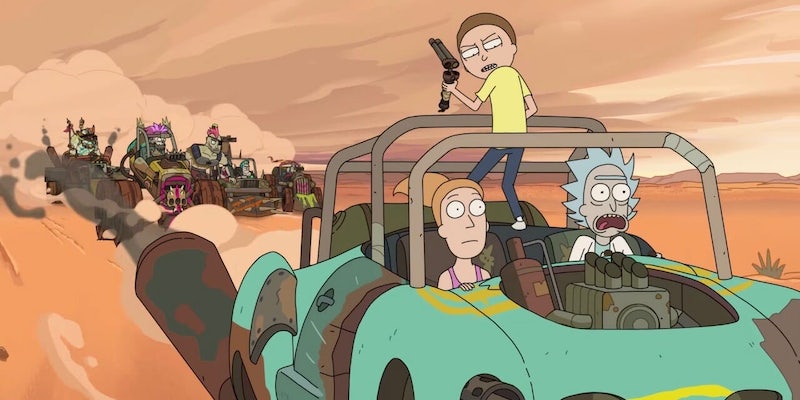 ‘Rick and Morty’ gets apocalyptic in this ‘Mad Max’ episode preview

Fans are anxiously awaiting the premiere of Rick and Morty’s third season at the end of July, and while we know how the season starts, a look at an upcoming episode demonstrates just how much thought and detail goes into each episode.

The second episode of the season is a giant homage to Mad Max, and from what little we’ve been shown so far, it looks incredible. The post-apocalyptic world Rick, Morty, and Summer enter is familiar to Mad Max fans, but there’s plenty of Rick and Morty twists hidden within.

It’s full of punk aesthetic, but there’s another element to the characters’ costumes.