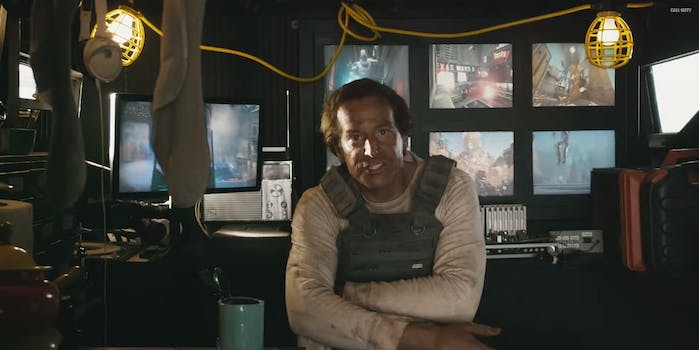 This is the man behind Call of Duty’s ‘KillCam’

Randall Higgins is the man behind the "KillCam."

Whenever you’re killed in Call of Duty (and, if you have my skills, that is rather often), you quickly become acquainted with the “KillCam,” which rubs your character’s last moments right in your face. However, did you ever stop to think who, exactly, is operating this specialized angle?

“I’ve seen World War II, Vietnam, the future… you name it, I filmed it,” the all-too-proud camera operator boasts in a new YouTube video.

In reality, the video is an advertisement for the popular video game series’ latest entry, Call of Duty: Advanced Warfare. Higgins is none other than actor Rob Huebel, who we have also seen as Magneto in Pete Holmes’ various X-Men skits.