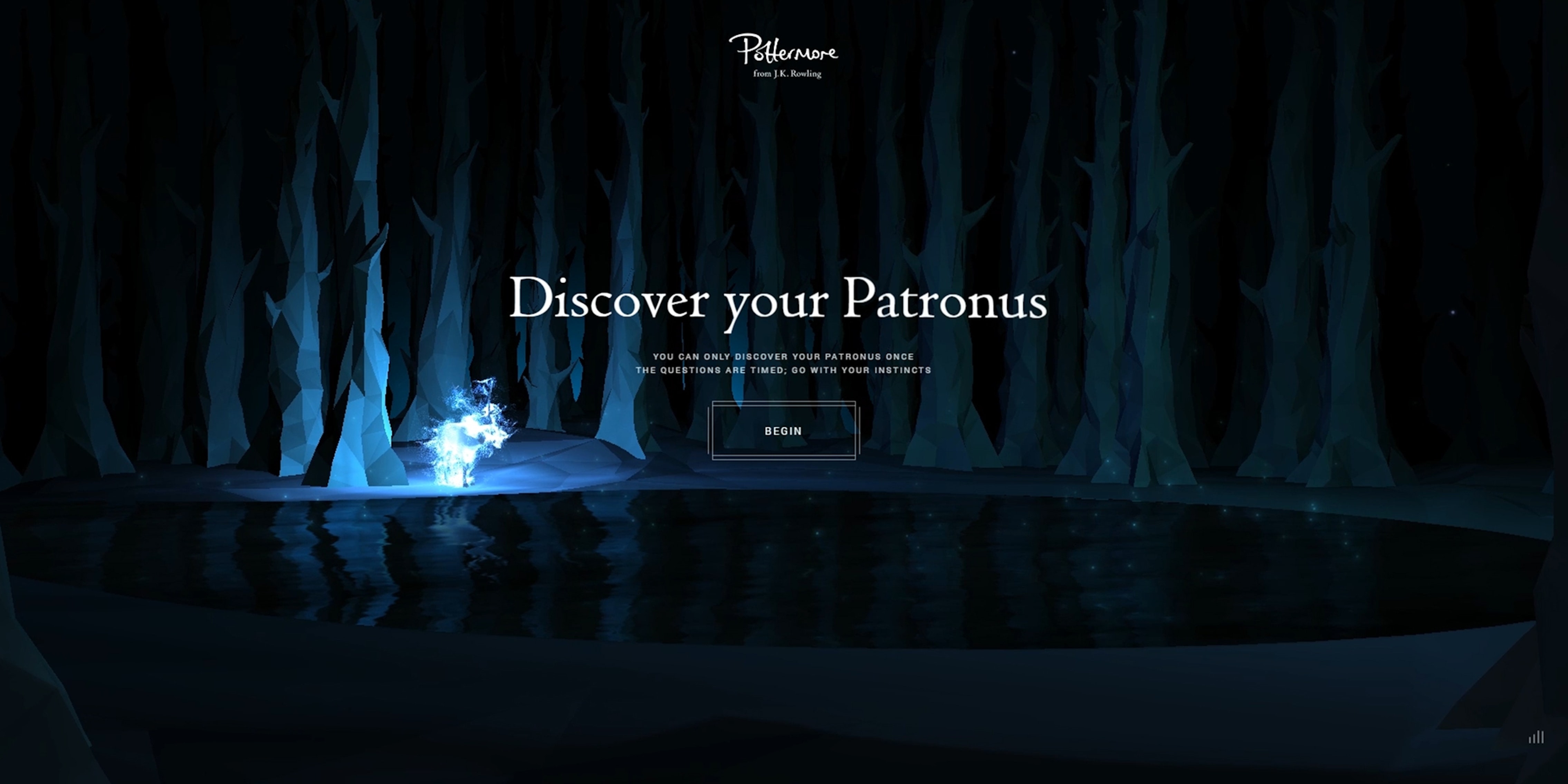 You'll be warding off those Dementors in no time.

When Pottermore originally launched a few years ago, fans were excited to get their wands and be sorted into a Hogwarts house, but one of the site’s most-requested features wasn’t charmed into reality—until now.

Fans have tried to guess what corporeal form their Patronus—a defensive charm that protects you against Dementors and can pass along secret messages—might take since Harry cast his first Patronus Charm in Prisoner of Azkaban.

The Patronus charm plays a crucial role throughout the series as Harry casts it multiple times to save himself and others from Dementors. Harry eventually teaches Dumbledore’s Army how to cast it, members of the Order of the Phoenix use it to communicate, and Severus Snape’s Patronus reveals his true allegiance, even after all this time.

Last year, upon Pottermore’s relaunch, the site promised that “Soon, you’ll also be able to find out the form of your Patronus and ponder on what that means.” And so it did, but not before offering a number of teases online. On Wednesday, Pottermore started to tweet out a dark photo that, in subsequent tweets, began to reveal art of the Forbidden Forest and a silver wisp.

Get ready to discover your Patronus on Pottermore. Just remember to focus on a happy memory… https://t.co/tdg9OkOOcm #ExpectoPatronum pic.twitter.com/Rl4a5KGclq

Heading to Pottermore’s Patronus landing page takes you to the test, which asks you to think of your happiest memory as you answer a series of questions. It’s similar in manner to Pottermore’s other tests, but this one is timed: It wants you to go with your gut and pick the first answer you settle on. The more questions you answer, the darker the screen becomes—almost as if the Dementors are sucking the light out of the room.

Once you complete the test, Pottermore will ask you to cast your Patronus to reveal its form. It goes away after a few seconds, but you can cast it as many times as you want to see it floating around the forest.

The test has only been out for a few hours so we’ll have to wait to see all of the possible Patronuses we can get, although Dumbledore appears to be the only character with a Patronus in the form of a magical creature—a Phoenix. We won’t have to wonder about J.K. Rowling’s Patronus: In her reveal she shared that her results had changed between a trial run and the completed test.

I took the @pottermore test (which I wrote) ages ago when it was a work in progress and got a pine marten Patronus. I was happy, because…

… my fondness for weaselly creatures is well documented. However, when we finalised the @pottermore test last week I took it again…

… and found that it had changed (which, as we know, can happen). My new Patronus has personal associations and I like it even better…

… so as far as I'm concerned, the @pottermore test works! Here's my Patronus… pic.twitter.com/xnjKfjGMx4

Her Patronus, she revealed, is now a Heron.

Update 10:03 am CT: It turns out magical creatures are possible results for the Patronus test.

Yes, but they're rare! So far I've seen one hippogriff, one occamy and a unicorn… https://t.co/70e1PHjJiJ