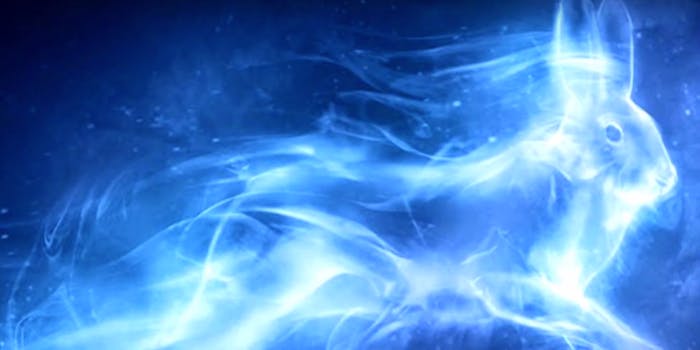 Move over, Sorting Hat—a Patronus quiz is coming to Pottermore

Harry Potter fans are about to get one step closer to realizing their Hogwarts dreams.

Though fans can already take Sorting Hat quizzes for Hogwarts and Ilvermorny on Pottermore—J.K. Rowling’s web portal for Pottermania—new intel from the author suggests that another is coming soon: a Patronus quiz. (For lapsed Potterheads, a Patronus is the spirit guardian conjured by the advanced defensive charm “Expecto Patronum.” Harry’s was a stag; Hermione’s, an otter.)

In two recent tweets, Rowling said “an announcement is very close” and suggested fans keep their eyes fixed on Pottermore for details about the latest addition.

An announcement is very close…

Then again, she also said something similar five months ago, so…

.@SlythSnitch I've written one and it won't be too long until you can take it. We're working on it!

Maybe better not to expecto anything just yet.