9 superheroes poised to break out in 2016

Your favorite superhero may not have to join the X-Men or the Justice League to make it big.

As hard as it is to believe in this era of big-budget superhero arcs, there was a time when Iron Man and Captain America weren’t exactly household names. At some point, every superhero goes from being a niche fave to being a major topic of conversation.

Quite a few of Marvel‘s current crop of icons were largely unknown outside comics fandom before 2008, when Iron Man kicked off the new, apparently endless, wave of superhero films in the mainstream. Since then, the Avengers team members have all been fast-tracked to glory—but in 2008, who could have predicted that Guardians of the Galaxy‘s Starlord would be the next big thing?

DC Comics may not have the same roster of under-the-radar superheroes, but even undisputed cultural icons like Batman, Superman, and Wonder Woman had to start somewhere. One case in point: 2015 saw Harley Quinn as a comics breakout star, joining the ranks of the Joker and his Justice League nemeses as the character we couldn’t stop talking about. Meanwhile characters like Ms. Marvel and Captain Marvel continued to make their mark on comics culture, gaining more visibility than ever.

While 2016 will be headlined with the likes of Captain America and Batman v. Superman, we’re looking forward to seeing more of our favorite characters grab the spotlight. Here are our picks for the superheroes poised break out into the mainstream in 2016.

One of the things we noted at last year’s New York Comic Con was that Gwen Stacy’s instantly recognizable white-and-pink hoodie was everywhere, on the backs of fans of all genders. Since Emma Stone’s adorable turn as Peter Parker’s girlfriend in the recent Spider-Man movies, Gwen’s alternate universe (AU) turn as Spider-Gwen has been a huge hit with Marvel fans. Last year’s Deadpool series mashup Gwenpool made her the little black dress of superhero—she kicks ass as anything. Gwen is poised for huge superhero stardom, and this might just be the year those ubiquitous hoodies take over pop culture. Iconic? We think so.

This couldn’t be a bigger year for T’Challa. With Ta-Nehisi Coates penning the first major Black Panther series in years and Ryan Coogler fulfilling our dreams and signing on to direct the movie, his story is in extremely high-profile hands—and it’s about time. As our fellow nerd and Daily Dot intern Deron Dalton puts it: “Yes, he’s technically a major hero, but like many Black superheroes, he hasn’t really gotten the recognition he deserves compared to his white Avenger counterparts. I think Civil War can change that, and I’ll finally be able to get a Black Panther costume for Halloween.”

DC’s eagerly awaited Legends of Tomorrow TV series is shaping up to have an ensemble cast of thousands, but already Hawkgirl seems to be a focal character for many fans. And no wonder: With her badass cop attitude, her strength and boldness, and that super-impressive wingspan, Shayera Hol already has fans lining up to form her fanbase.

Although she’s arguably the most under-appreciated member of the Batfamily, Cassandra Cain has retained a staunch and loyal fan following among DC fans. Last year saw her return to the DCU for the first time in years with Batman and Robin Eternal; later this month her run as Batgirl is getting a reprint, and fans are already urging one another to buy it to show their support for the character.

Could 2016 be the year Cass finally steps out of Barbara Gordon’s shadow and into her own?

On Christmas, the New York Times gave Asian-American comics geeks coal with a controversial editorial arguing that the Asian superhero is an oxymoron because real-life Asian-Americans are essentially already superheroes. That logic might paradoxically explain why recent Asian superheroes like Kamala Khan, a.k.a. Ms. Marvel, and Cindy Moon, a.k.a. Silk, are hits with fans. The newest edition to Marvel’s family of webslingers, Silk is funny, droll, occasionally awkward, and often reckless—a refreshingly normal non-stereotype who’s captured our hearts. Her costume is one of our favorite new superhero looks, and as she’s proven over her popular 2015 solo series, she has the chops to hang (upside-down) with Peter Parker and the Spidey gang.

After a banner year for Asian superheroes in comics, the Times op-ed seemed like backlash to fans, while serving as a response to a long fan campaign for Netflix to cast an Asian actor to play Iron Fist in the upcoming series about the martial-arts superhero. But thankfully, even if we wind up with a white (and culturally appropriative) Iron Fist, we have Kamala and Cindy gaining attention: the wise-cracking, ass-kicking Pakistani and Korean superheroes we deserve. 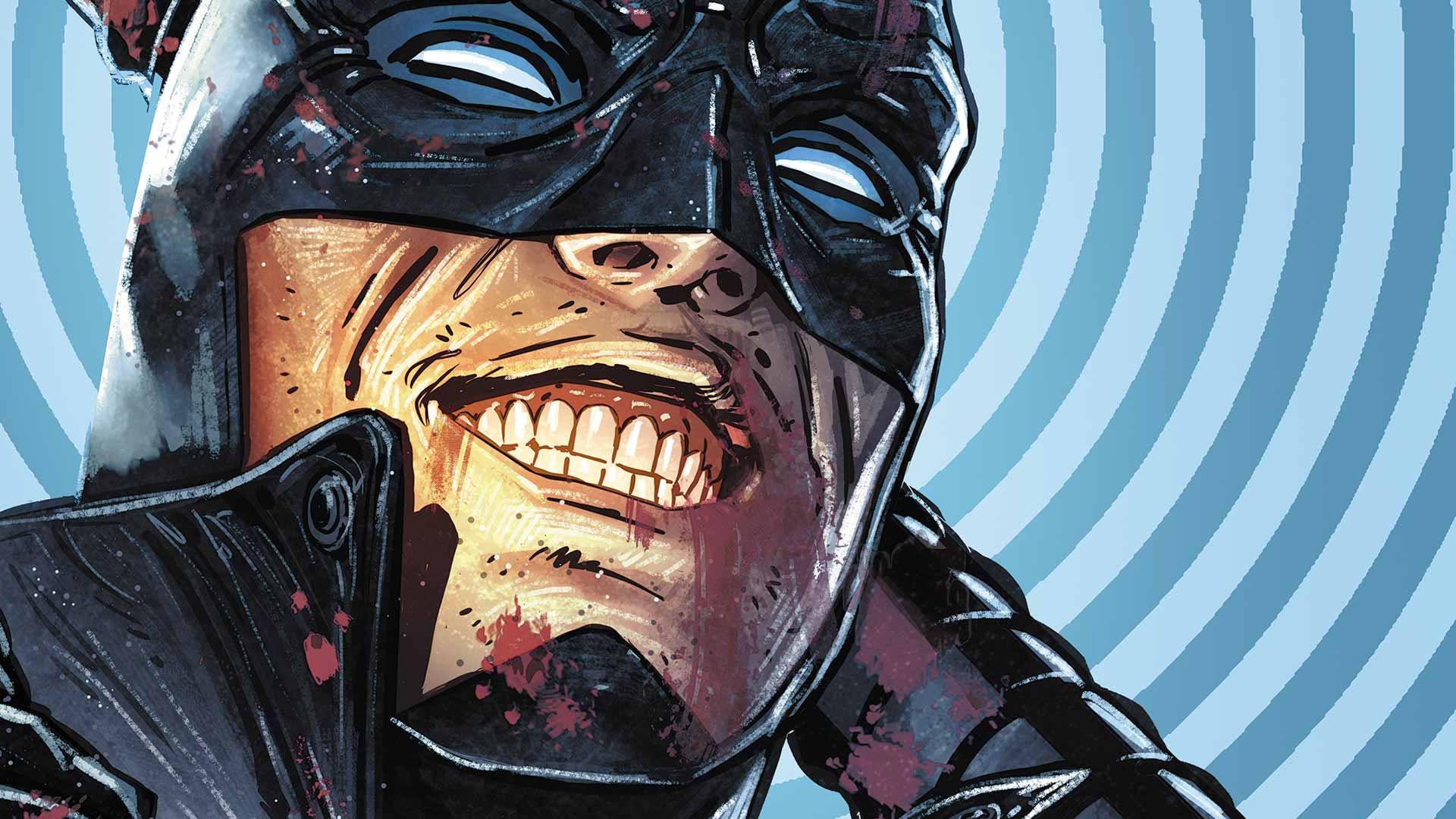 Steve Orlando’s Midnighter series has garnered raves from fans for its fresh take on a little-known character. Created by Warren Ellis and Bryan Hitch, Midnighter combines the broodiness of Batman with the unhinged morality of Deadpool or the Punisher. Midnighter’s status as a queer superhero, his brazen enjoyment of killing people, and his history of trauma at the hands of aliens (long story) make him one of the more complex heroes in the DC pantheon. The status of his relationship with his sometimes husband Apollo is an unanswered question that should keep fans coming back for more in 2016—and might just make Midnighter the next big thing.

When DC made the decision last year to separate the stormy friendship of Barbara Gordon and Dinah Lance and send Black Canary off on her own ongoing adventure, fans weren’t entirely sure how it would work out. But with Black Canary more than holding her own on popular superhero smorgasbord Arrow, this is a great year for her to emerge as a breakout star. After all, who doesn’t love a platinum-haired, vinyl-clad, fishnet-wearing, bike-riding, guitar-playing girl in black—especially when she can also pierce your ears with her sonic scream?

Continuing DC’s tradition of complicated heroes, Vic Stone’s hybrid human-robot body has given him an impressively complex identity—a body equipped for fighting that stands in contrast to his dislike of violence, his super-intelligence, and (usually) gentle nature. With comics great David Walker penning his new series with gorgeous art by Ivan Reis and Joe Prado, this former Teen Titan has a chance to find a new audience in 2016. And maybe, if we’re really lucky, DC will decide to speed up its plans for a Cyborg movie. Four more years is too long to wait. 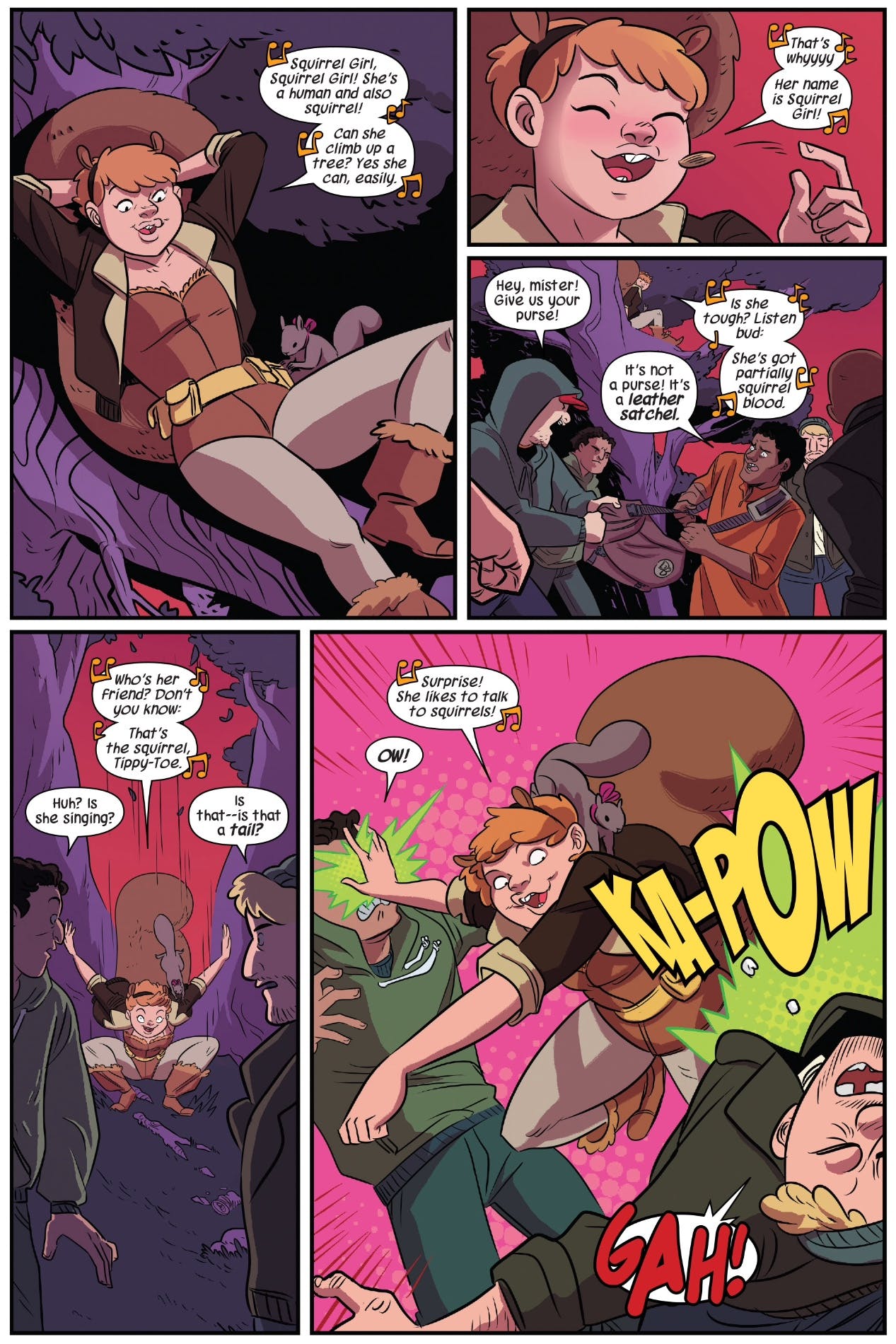 Given her unique visual style and, er, nutty persona—her primary superpower is controlling an army of squirrels—it’s hardly surprising Marvel called it quits early with last year‘s Squirrel Girl series. But then an odd thing happened: The trade edition of the just-canceled series became a bestseller, and fans demanded more of Doreen Green. Her cult hit status prompted Marvel to promptly re-issue a new series from Dinosaur Comics’ Ryan North. This could be the year Squirrel Girl hits the big time. Clearly, there’s an audience for half-rodent teens with superpowers. Who knew?