The unique set is available in a variety of colors.

There are a lot of interesting dice out there for tabletop gamers to choose from, but there’s always room for more. PolyHero Dice‘s latest Kickstarter campaign is funding an amazing wizard dice set that would look great in your collection.

This seven-piece RPG set features dice in a number shapes that look like they’d be fun to roll for wizards and non-wizards alike. There’s a 20-sided orb, 12-sided wand, two 10-sided potions, 8-sided scroll, 6-sided fireball, and 4-sided bolt. Two-sided spell book dice will also be added to every set purchased during the Kickstarter. The color the campaign started with, lapis lazuli with glittering gold, adds just the right touch of magic to the set. 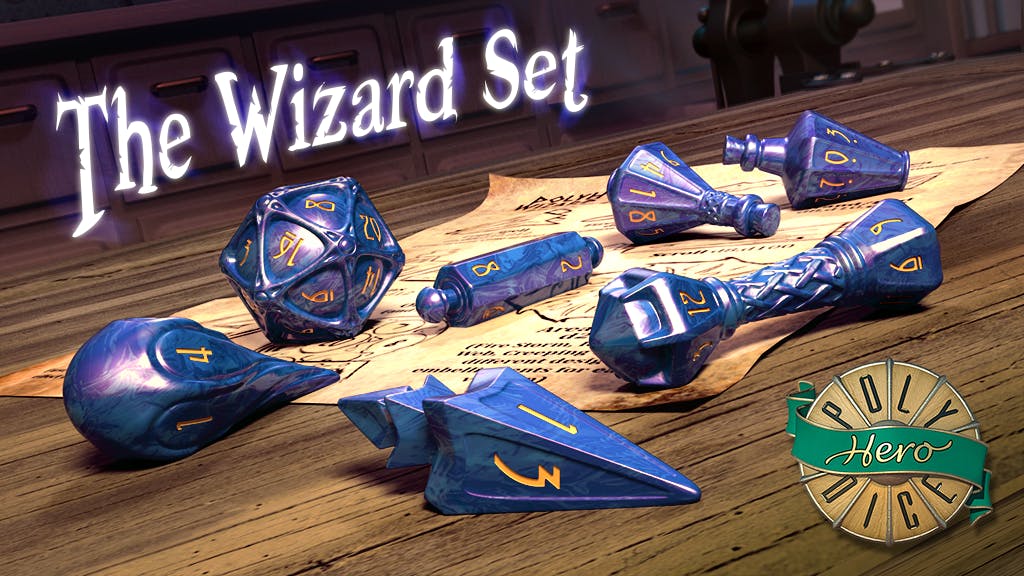 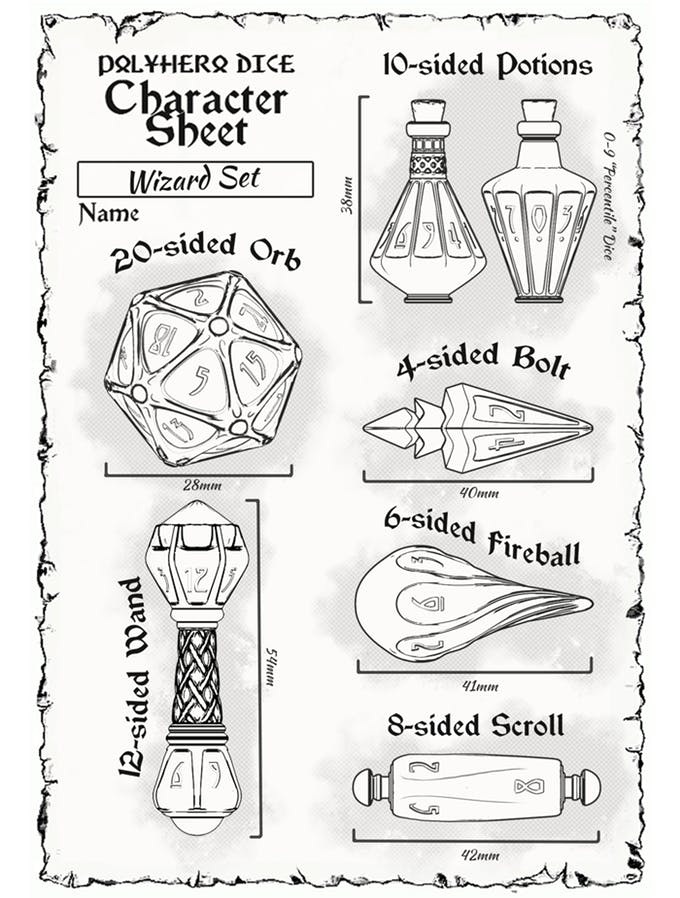 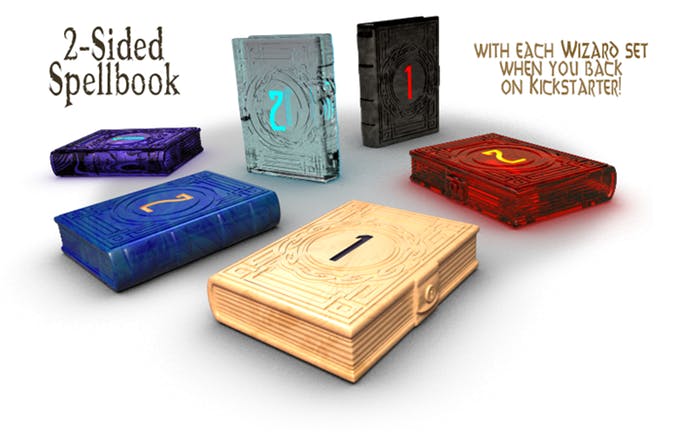 Other colors are also available including parchment with black ink, ethereal ice with burning blue, dragonfire with brimstone (of course!), shadow with demon’s eyes, and violet storm with lightning. A seventh color option will be decided by an online vote with the results revealed today.

A final eighth color will also be chosen if the crowdfunding campaign raises $295,000—which it’s well on its way to doing. The Kickstarter began with an initial goal of just $27,000 but it stands at $264,500 as of this writing.

You can check out some of the seventh color options being voted on below and learn more about the set on the Kickstarter page. The campaign will close on Aug. 31.