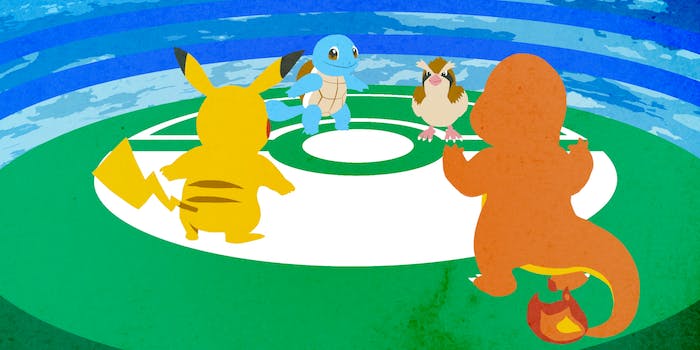 Pokémon Go data is the secret to winning more battles

The experts have spoken. Here are the best Pokemon to battle with, and why.

You need to bring your A-game when you attack an enemy gym in Pokémon Go. That means having the right Pokémon for the job, and we can teach you who those Pokémon are.

Thanks to data purportedly mined from the Pokémon Go source code, some Pokémon Go players have organized a huge array of information detailing the relative strengths and weaknesses of every Pokémon in the game. This data can be used to plan which of your Pokémon you want to power up or evolve, and what your starting lineup should be if you attack an enemy gym.

These charts and infographics also answer the most important question for any serious Pokémon Go player, or “Which Pokémon do I need to capture most?” The trick is figuring out how to parse this treasure trove of information, and we’ve found an infographic that does the job wonderfully. 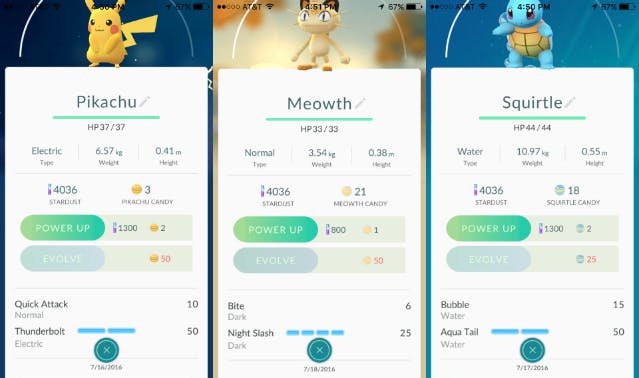 But these are only the most basic attributes that define each Pokémon. The effectiveness of its attacks, its attack speeds, and its damage per second (DPS) stats are equally important in determining whether one Pokémon is a good match against another Pokémon, and none of this information is readily available within Pokémon Go itself for players to read and understand.

Each Pokémon’s listing in the game only details two attacks, what type of attacks they are, and an abstract representation of how long it takes to charge a strong attack. This is just another example of how poor a job Pokémon Go does at teaching players how the game is played. It is painfully light on tutorials. So Pokémon Go players have been filling these gaps themselves.

Some of the information uncovered by the Pokémon Go community has been compiled into a guide published at gamepress.gg. It has a well-developed index if you want to get acquainted with all the various terms that define how Pokémon Go functions.

When it comes to the fine details of how battles work—i.e. all the different kinds of attacks, and the different categories of Pokémon, and how these factors interact with one another to determine who wins and who loses—creating simple how-to guides is a challenge at best. What you really need is someone to data mine the game code and suss out all the information.

Luckily, Pokémon Go players have stared to do just that. On July 16 an anonymous user posted to GitHub a massive info dump purportedly taken from the game code. Included in that information are profiles of every Pokémon in the game, that include base Stamina, Attack, and Defense values. The info dump also includes details on the different attacks available to various Pokémon.

The Pokémon Go community has since taken this raw data and reformatted it into charts and graphs that are easier to parse.

All Pokémon with the same name are not actually the same creature. You can capture two Pidgeys, for example, and they can have different Combat Power (CP) and different kinds of attacks. When you evolve a Pokémon, you also don’t always get the same results.

In video game parlance every time you capture or evolve a Pokémon the game “rolls” (as in rolling dice) the Pokémon’s stats. So when you’re thinking about which types of Pokémon you want to concentrate on catching, or which Pokémon you want to evolve, it’s good to know all the different “rolls” you can get for that kind of Pokémon.

A GitHub user named ryankane has put together a chart that shows all the potential Quick and Special movies for every Pokémon you can find or evolve.

This at least gives you an idea as to what you might expect from one type of Pokémon or another, which may help you decide which Pokémon to spend your precious Stardust and candy resources on to power up or evolve. 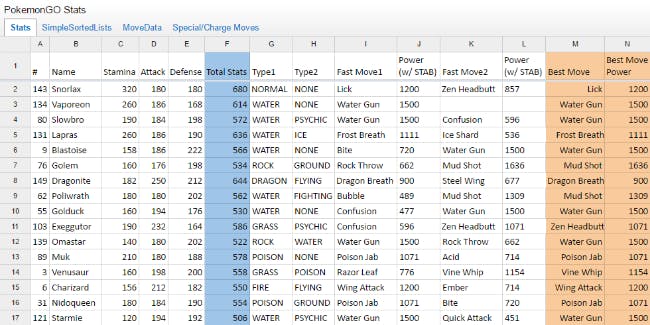 A Pokémon Go stats spreadsheet has also been put together in Google Docs that allows you to sift by base statistics for different Pokémon, data for the different types of moves that Pokémon can make during a battle, and very detailed stats on all the special and charge moves in the game.

What we’re really talking about between all these sources of information is the “meta” or “metagame” for Pokémon Go, another term that may not be familiar to you. The “meta” in a video game is the optimal set of strategies and tactics that gamers figure out have the highest chance of success. Once dedicated players figure out the game’s meta, that’s what they all strive to achieve.

When it comes to Pokémon Go the metagame revolves around taking control of gyms, and it’s for these players that crunching this sort of data is paramount. It can also help the more casual Pokémon Go player who wants to be competitive in gym battles.

Thankfully, a member of the Pokémon Go community on imgur uploaded an infographic that combines all of this information and breaks things down to the core lessons you need if you want to win gym battles, without requiring you to pore over all those spreadsheets.

As you see, even a simplified version of this data is not actually simple, but the infographic at least provides you with a model for how to use the data if you want to assess the combat value of different Pokémon by providing an analysis of one of the most sought-after Pokémon: the Vaporeon.

It turns out that Vaporeon’s combination of high damage-per-second value and large health pool make him the best Pokémon in the game. Now you can understand the stampede of Pokémon Go players through Central Park when word broke out that a Vaporeon was on the loose.

But you don’t need to catch a Vaporeon, necessarily. You can also evolve a Vaporeon from an Eevee. An Eevee can evolve into three different types of Pokémon: a Vaporeon, a Flareon, and a Jolteon. And there’s a way you can game the system, to make sure you get the evolution that you want from an Eevee.

You don’t have to stick with the default names of your Pokémon in Pokémon Go. You can give them nicknames. Reddit user smithnigel figured out that if you give an Eevee a nickname from one of the characters in the original Pokémon anime, you can control how that Eevee evolves. 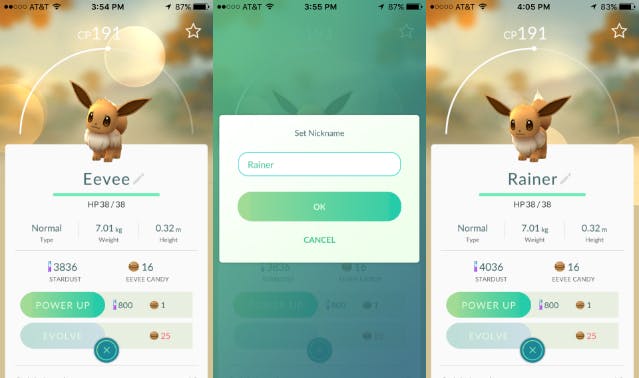 To change a Pokémon’s name, go to that Pokémon’s entry in your inventory and tap the pencil icon next to its name. Next, type in the new nickname, and then tap “OK.” If you give the Evee the nickname “Rainer,” when it evolves it will turn into a Vaporeon. 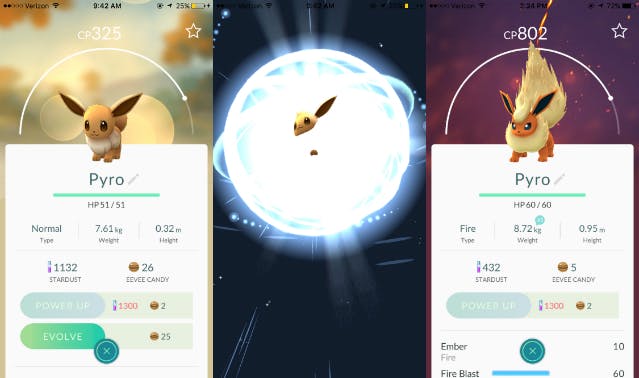 Our Pokémon Go players at the Daily Dot have had success with this method. We’ve even tested the variant where you nickname your Eevee “Pyro,” which then makes the Eevee evolve into a Flareon.

Keep in mind that all of the data that’s been uncovered so far by Pokémon Go players and all the meta strategies for the best Pokémon can and likely will change as developer Niantic patches the game to balance Pokémon against one another.

And once trading Pokémon is patched into the game, Niantic will have even more impetus to make sure that there isn’t a single type of Pokémon that is clearly overpowered compared to all other types.

The basic methodologies as to how you determine a Pokémon’s combat potential, however, are unlikely to change. So if you want to really dig deep into the combat game underneath the cute collecting game that is Pokémon Go, the resources are out there. Good luck with your battling!

Update 9:15amCT July 28, 2016: The community at TheSilphRoad, a Pokémon Go subreddit, has developed a Top DPS & Damage Pokémon spreadsheet that makes it easy to figure out which Pokémon attacks are good, and which attacks underperform.

Check out which Pokémon are defending the Gym, what attacks they are weakest against, find your Pokémon that have those attacks, and then get to work!