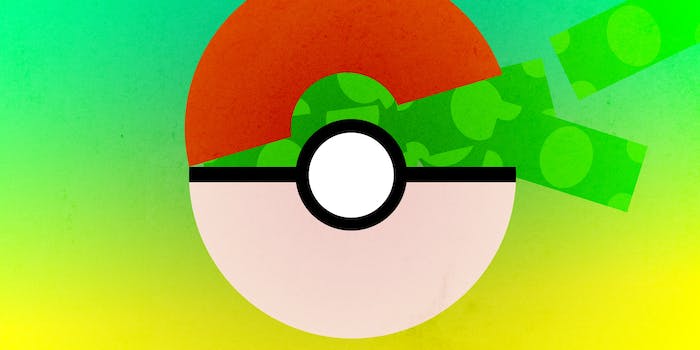 Brands are thirsty for that Pokémon Go money

Pokémon Go has been out for less than a week and has already changed the landscape of the United States, New Zealand, and Australia significantly—and not just by filling it with Rattatas. Brands are doing their best to cash in on trying to catch them all.

Save for this viral sign, which looks Photoshopped and probably isn’t really hanging outside a Dairy Queen, everyone from professional baseball teams to beloved neighborhood restaurant Applebee’s has gotten caught up in the Pokémadness.

You have no idea, April. This is the place to fill the pokedex (and your stomach, obvi) ~ARD

When there’s a Pikachu in Jimmy John’s but your parents ordered delivery #PokemonGO pic.twitter.com/VoFyjpJDRR

This is already a thing, haha #PokemonGO #Chicago pic.twitter.com/92qigrwNXP

Not even governmental organizations are immune to the pseudo-VR appeal of making the planet a giant patchwork of Kantos and Hoenns. Police stations have issued warnings to Pokémon trainers to stay aware so they’re not robbed or get injured.

We know you wanna be the very best but play #PokemonGO responsibly. Look up, don't play while driving, let us know if you find a Abra…

All #PokemonGo Masters on #SFMuni are asked to assist in catching them all. https://t.co/MbwWus92bk

Even in cautioning users, the thirst comes through. Seemingly every aspect of life has been affected by the proliferation of Pokéstops and gyms.

#PokemonGO has an effect on real estate pic.twitter.com/7658TVGySF

The lighthearted spirit of brands latching onto yet another trend is, at its most optimistic, a sign of unity among disparate companies and disenfranchised customers. Not all is chill in IRL Pallet Town, however.