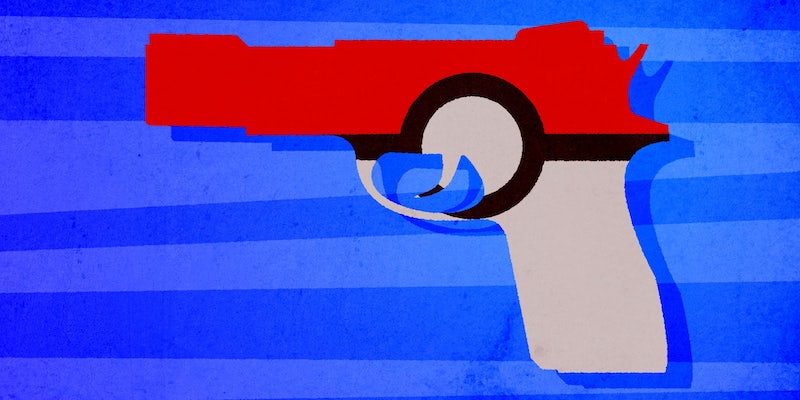 Pretty sure this isn't what they meant by 'gotta catch 'em all.'

Pokémon Go players trying to catch them all may find themselves caught in the middle of an armed robbery.

Four men were arrested in Missouri for reportedly robbing several people at gunpoint using the mobile game. According to the O’Fallon Police Department, the men tracked Pokémon players using PokéStops, finding people searching for Pikachu in isolated areas like the middle of a parking lot.

A police spokesperson told Gizmodo that the four suspects robbed at least eight or nine people in two counties, with the latest incident occurring overnight on Sunday. The men were between 16 and 18 years old, but their names or what they took have yet to been released. The Daily Dot reached out to game company Niantic Labs for comment but have not received a reply.

Pokémon Go uses geolocation to help players find PokéStops and gyms, utilizing the same technology as Niantic’s other game, Ingress. While that makes it easy for people to share the location of Pokemon characters, especially the rarer ones, it also makes it easier to track where players could be taken advantage of. This is an increasing problem online, where criminals target people based on their social media postings from places like Tinder, and Airbnb.

Pokémon Go has been out for less than a week and has surged in popularity, but also comes with a host of problems. In addition to the multiple server crashes, there have also been reports of cybercriminals targeting users with malware. In the real world, people may be getting more exercise, but they’re also getting injured by falling off skateboards and wandering into traffic. The app now comes with a disclaimer warning users not to wander off bridges while searching for rare Pokémon.