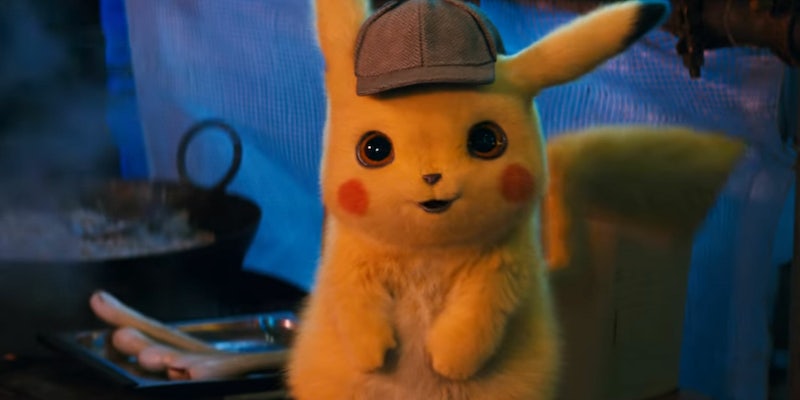 Even Reynolds is shocked at how much the internet loves this.

Charizard is a cage fighter! Jigglypuff is a dive bar singer! Pikachu is a detective, voiced by Ryan Reynolds! And somehow, against everything I’ve ever been taught in this world, it seems to work and actually be pretty funny?

The first Pokemon Detective Pikachu trailer is here, and seriously, brace yourself for the weirdness that ensues.

The general plot of the Detective Pikachu movie has been known for a while now. A wise-cracking Pikachu, voiced by Deadpool star Ryan Reynolds, helps out a young man whose father (a cop) has mysteriously disappeared, all in a world that coexists with Pokemon. There’s even a parade filled with giant Pokemon balloons, which has to be a little existential for the creatures.

The movie itself is actually based on a game for the Nintendo 3DS that released earlier this year in North America and originally came out in 2016 in Japan.

The reactions to the trailer have been quick and hot on Twitter, which is both shocked and aghast at how fun the movie seems. It became a top trending topic in the U.S. on Monday.

mfw the Detective Pikachu movie actually looks good and might even be funny pic.twitter.com/yQ2urSJjEh

Me, seeing what Detective Pikachu's art direction is: pic.twitter.com/GcBMJlU8CT

MRW when I find out the surprised pikachu meme is a corporate marketing stunt pic.twitter.com/4TJyLX6ZNb

this jigglypuff is the lovechild of gritty and a particularly demonic gremlin https://t.co/HwjkO0SO2V

Even Reynolds himself is a little shocked at it all.

me before and after watching the detective pikachu trailer pic.twitter.com/giUcGx6ilA

I think we all knew I'd wind up as a miniature detective repeatedly saying the same two words. Just didn't think it'd be this soon. #PikaPika #DetectivePikachu pic.twitter.com/L4iB760fJO

There are a lot of cool Easter eggs to spy in the trailer too. At a glance, I saw multiple posters for fights between a machamp and a primeape, aritcuno and steelix, a dragonite and a hypno, and a missing poster for a squirtle. Of course, there’s also dozens of pokemon flitting about, and a bunch of greninjas look to be some sort of security force chasing down our protagonists.

Quite frankly, just having Mr. Mime be a total jerk is stunningly funny. You’ve come a long way from being Ash’s mom’s maid, Mimey.

Pokemon Detective Pikachu releases in 2019, and lord help us all when we see it 50 times.