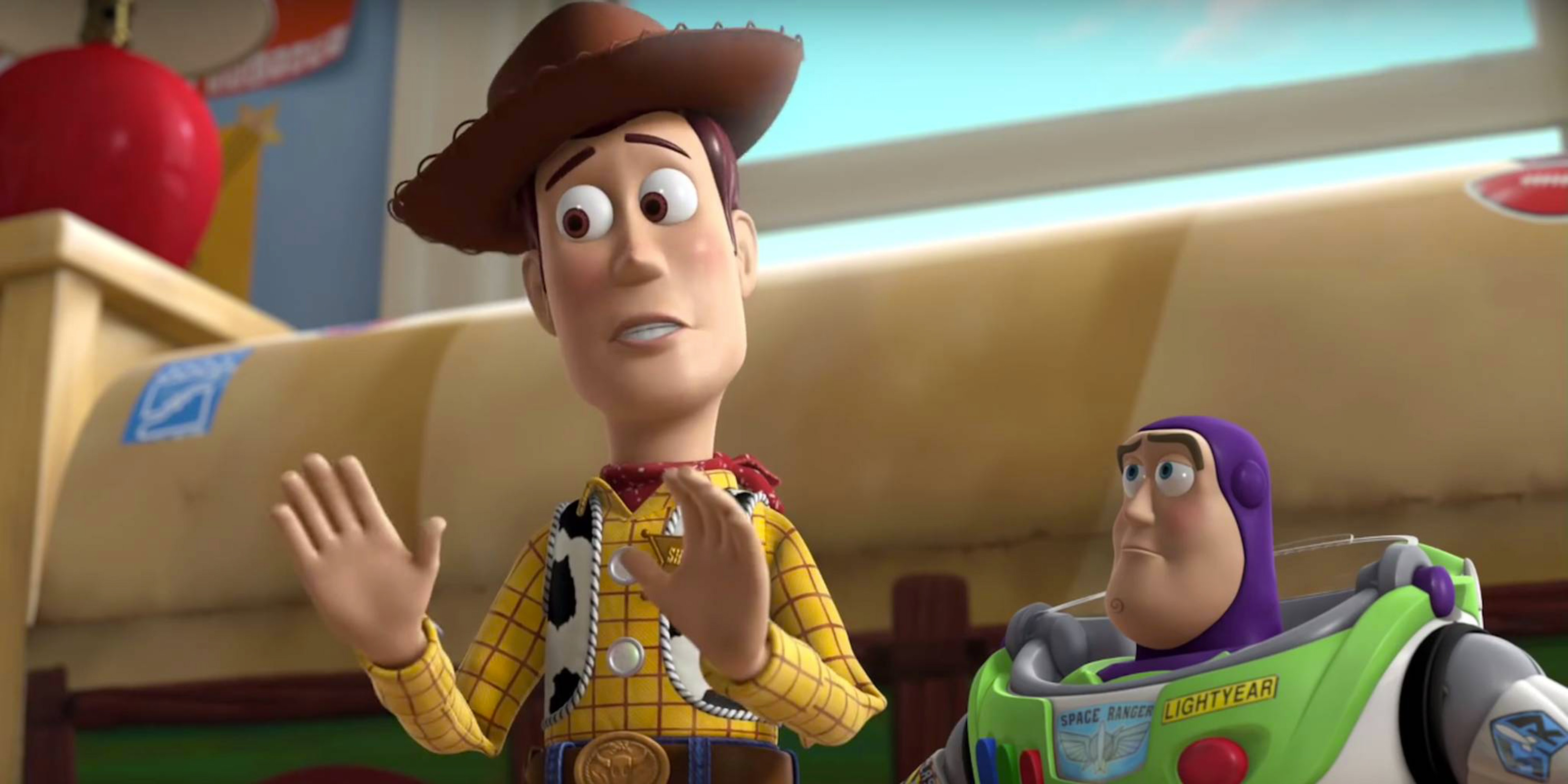 Get ready for another 'Toy Story.'

The animation studio that brought us Toy Story, Wall-E, and Finding Nemo has more fun, laughter, and probably hardcore weeping in store for us over the next three years.

Pixar not only pioneered a new kind of 3D animation, it also set the standard for the emotional journey great animated movies should be. The once independent studio is now owned by Disney, and if there’s one thing we know about Disney, it’s that it likes to stick with what works. (Pirates of the Carribean 5, anyone?)

So it’s little surprise that Pixar’s upcoming release schedule is full of sequels to already loved franchises. But don’t worry, Pixar fans, especially those of you who lament an era when Pixar was debuting stunningly original stories every other year. There is still one original title in the announced lineup, and years of quality from the studio make us optimistic that the sequels will still have that Pixar magic, even if they’re retreading familiar ground.

But on Oct. 26, 2016, Entertainment Weekly reported that The Incredibles 2 was moving up in Pixar’s lineup, while Toy Story 4 got bumped back a year. Director Brad Bird was the secret sauce behind Ratatouille and the original Incredibles, both of which have been roundly praised as some of Pixar’s best work.

Longtime Pixar director and writer Andrew Stanton told CinemaBlend that fans have nothing to fear from the change; it was simply a matter of production on The Incredibles 2 advancing faster than Toy Story 4. Either way, we’re looking forward to revisiting our favorite animated superhero family.

At Disney fan expo D23 in July, Pixar revealed more about the project and confirmed its release date. The movie will feature something of a role reversal, focusing on Elastigirl while Mr. Incredible stays home with baby Jack-Jack (who has a variety of dangerous and awesome superpowers). According to Bird, Jack-Jack’s abilities are kind of a running gag in the movie. Taking place directly after the events of the first movie, the superfamily’s new home will be “a cross between a dream house and a super lair,” Bird said.

The full trailer for the movie further explains that Elastigirl will try to reform the public’s distrust of superheroes—but she’ll have to break the law prohibiting superhuman activity to do it. In the end, she and Mr. Incredible just want to make a better, less discriminatory world for their family.

Disney also revealed that fashion designer and one of Pixar’s most-loved side characters Edna Mode will return for the sequel. Edna—who’s voiced by Bird himself—is the source of the much-quoted “no capes!” line from the original. The studio paid tribute to her in a charming video shared online and at D23.

Edna Mode is always a la mode. One of the world’s most visionary designers is back in Incredibles 2. #BravoEdna. pic.twitter.com/OPAxuh9aoc

Samuel L. Jackson has also confirmed that he’ll return to voice the superhero Frozone. New characters include Winston Deavor (Bob Odenkirk) and his sister Evelyn Deavor (Catherine Keener) who operate a large tech company together, a young fan of Elastigirl named Voyd (Sophia Bush), and a foreign ambassador (Isabella Rossellini) who is working on superhero rights. It’s not clear who the villain will be yet, but it could be any one of the new characters or (gasp) one of our old favorites.

Pixar chief creative officer John Lasseter wanted to be back in the director’s chair for the next installment of Toy Story. But at D23 in July 14, Lasseter revealed he’s stepping aside to let Josh Cooley direct. (Lasseter is now on 6-month leave of absence from the company following misconduct allegations by employees.) Cooley worked as a storyboard artist on The Incredibles in 2004, continuing in the role through Cars, Ratatouille, Up, and Cars 2. He has a screenplay credit on 2015’s Inside Out, and directed the short film Riley’s First Date as a DVD extra for Inside Out.

The Toy Story franchise—Pixar’s flagship property—has set an absurdly high bar for itself, with both the original and Toy Story 2 sitting at a perfect 100 percent fresh Rotten Tomatoes rating and Toy Story 3 just a point behind at 99 percent. It can’t be overstated just how rare it is for a franchise to hit it out of the park with three consecutive at bats. It’s just not done.

While it felt like Toy Story 3 brought the series to a satisfying close in 2010, you can never have too much of a good thing, right? (Don’t answer that.) This installment will pick up where the last film left off, with Buzz, Woody, and the gang in the care of the little girl Bonnie, who got the toys as hand-me-downs from the college-bound Andy. It’s said to be a romantic comedy, with a plot surrounding Woody and Bo Peep.

The above movies are the only ones with official names and release dates, but the studio does have dates locked in for three as-yet unrevealed projects on March 6, 2020, June 19, 2020, March 18, 2022, and June 17, 2022. Pixar President Jim Morris has confirmed that at least two of them will be original concepts, not sequels.

At D23, Disney revealed the director of one of those films will be Dan Scanlon, who helmed Monsters University. Scanlon said at the D23 presentation the film will take place in a “suburban fantasy world.”

“In the film, we’re going to tell the story of two teenage elf brothers whose father died when they were too young to remember him,” he said. “But thanks to the little magic still left in the world, the boys embark on a quest that will allow them a chance to spend one last magical day with their father.”