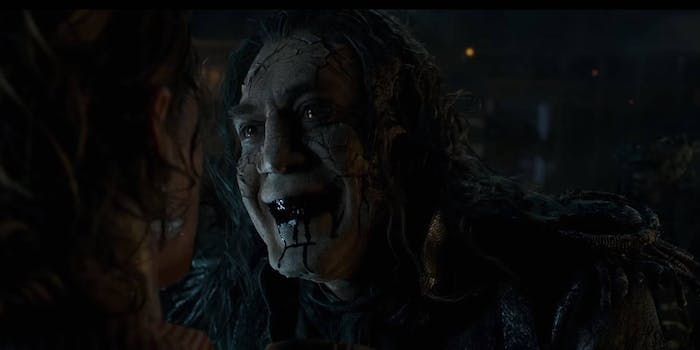 The Pirates of the Caribbean franchise is back, returning with a trailer for its fifth instalment, Dead Men Tell No Tales.

Directed by Norwegian duo Joachim Rønning and Espen Sandberg, the new Pirates film sees the return of Orlando Bloom as Will Turner, joining Johnny Depp and three new cast members: Javier Bardem as the evil Captain Salazar, Brenton Thwaites as a young Will Turner-alike named Henry, and Kaya Scodelario as the astronomer Carina.

The new teaser is a spooky callback to the earlier films but focuses on introducing a couple of the new cast members.

Dead Men Tell No Tales comes out in May 2017, six years after the last movie was released. That period included Johnny Depp’s fall from grace and the launch of numerous other action/comedy franchises, so it remains to be seen whether fans are still excited to see more Pirates.