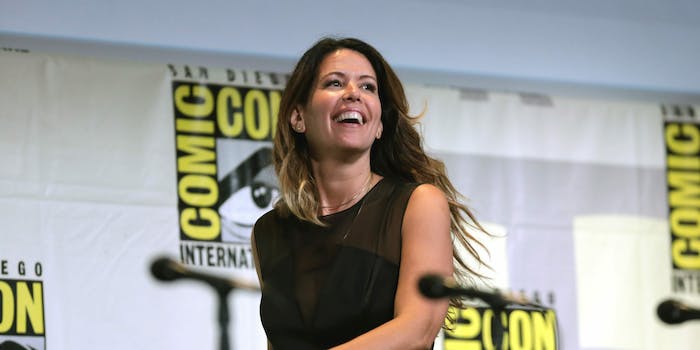 She sets a precedent for other female filmmakers.

The Wonder Woman franchise has broken another filmmaking record. After a modest (by Hollywood standards) $1 million payday for the first movie, director Patty Jenkins will earn $9 million for Wonder Woman 2.

This explains why it took Warner Bros. so long to confirm her return for the sequel. Jenkins was negotiating a hefty pay rise to reflect the success of Wonder Woman in 2017. The studio only contracted her for one movie at first, giving her leverage to demand equal pay to her male counterparts.

Until now, Nancy Myers (The Parent Trap, The Holiday) was Hollywood’s highest-paid woman director. According to the Hollywood Reporter, she earned around $5 million per movie “at her peak.” Now, however, we’re entering a new era. Equal pay is part of the public conversation, and superhero movies are a dominant force in Hollywood. And since Wonder Woman is explicitly marketed as a feminist franchise, it puts extra pressure on the studio to treat Patty Jenkins and actress Gal Gadot with respect. Just a few years ago, studios had no qualms about hiring all-male creative teams for films like The Hunger Games.

Speaking to Variety last year, Jenkins explained the importance of making a precedent for other women filmmakers. “I’ve never been more aware of a duty than I was in this deal,” she said. “I was extremely aware that I had to make sure I was being paid what the male equivalent would be.”

Over the past couple of years, we’ve seen a few more women enter the notoriously male-dominated world of blockbuster filmmaking. Equality is still far away, but Patty Jenkins isn’t being conceited by recognizing her own impact. Wonder Woman paved the way for more female-led franchises, with a greater expectation to put women in charge. Marvel hired women in top creative positions for Captain Marvel next year. After that, we’ll see women write and direct Sony’s Black Cat and Silver Sable, and Warner’s Birds of Prey.

Ultimately, Jenkins will probably get more than just $9 million for Wonder Woman 2. While her initial paycheck for the first movie was $1 million, she earned more due to the film’s success—a “backend” payment. According to earlier reports, she also negotiated a backend deal attached to Wonder Woman 2‘s profits. This puts her on more equal terms with DC’s most prominent director, Zack Snyder.