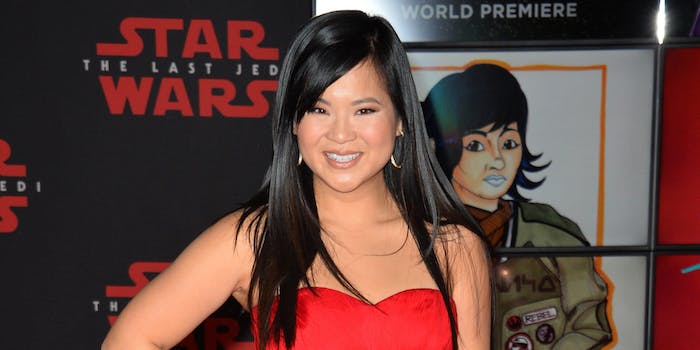 This gripping podcast drama follows a young woman who investigates a missing plane.

True crime continues to dominate the podcast charts, so it’s no surprise that audio fiction skews towards mystery and crime. New mystery dramas are entering an already-crowded field, but we’re happy to report that Radiotopia’s new series Passenger List is well worth checking out.

Starring The Last Jedi actress Kelly Marie Tran, Passenger List covers the disappearance of Atlantic Flight 702, inspired by real-life disasters like Malaysia Airlines Flight 370. Tran plays Kaitlin Le, a college student whose twin brother was on board the plane when it vanished. Unable to grieve for a man who might not actually be dead, she sets out to investigate the flight’s disappearance, uncovering suspicious discrepancies in the airline’s explanation of what happened.

Passenger List is full of familiar mystery podcast tropes, right down to the credits music, which sounds ever-so-slightly reminiscent of the Serial theme. Kaitlin’s investigation conveniently requires her to record audio interviews with her sources, and we get documentary-style interviews with relevant experts. Like the TANIS podcast, she’s helped by a mysterious hacker, and the subject matter lends itself to paranoid conspiracy theories. Basically, this show isn’t breaking any new ground for the genre, but it’s great at what it does.

"You can trust me, okay? I’m trying to put all the pieces together."

Created by Scott Dryden, Lauren Shippen and Mark Henry Phillips—all experienced audio creators—it’s a show with professional production values and an impressive cast. Alongside Kelly Marie Tran you’ve got Patti LuPone, Colin Morgan (Merlin) and Rob Benedict (Supernatural). There are a few scenes that face the seemingly unavoidable audio drama problem of clumsy voice-acting from background characters, but for the most part, it’s very immersive.

One of the strongest aspects is Kaitlin’s personal life, as we learn more about her conflicted relationship with her Vietnamese-American family, and the academic obligations she abandoned to follow this investigation. Rather than being a story about a professional journalist or detective, Passenger List explicitly portrays her as a first-time investigator. In other words, she really doesn’t know what she’s doing. The first three episodes are peppered with little moments where she offends people she’s interviewing, fails to observe basic opsec when speaking to an anonymous source, and generally screws up. Her obsession with Flight 702 is her way of handling her brother’s grief—or possibly avoiding it, because in these early episodes she seemingly thinks he might still be found.

Passenger List offers a new angle on a type of public tragedy that always grabs people’s attention, and while the format isn’t exactly original, the first episodes promise a gripping and well-characterized mystery thriller.