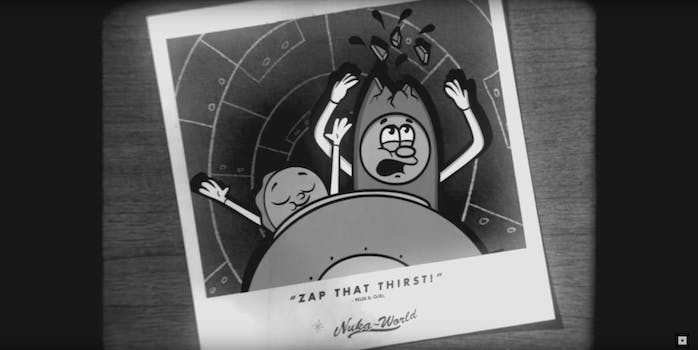 Don’t bother trying to stay safe on vacation in the wasteland.

It’s maybe not the best advertisement to encourage families to book a vacation at Nuka-World, but the video released today by Bethesda Softworks is full of Fallout goodness.

Fallout 4’s fake 1950s-style cartoons are just the best. They’re also usually chock full of people being killed in horrible ways. Bottle and Cappy, the mascots for the Nuka-World amusement park that is the setting for Fallout 4’s final downloadable expansion, can’t get away clean, either.

If you’re a Fallout fan, however, you enjoy punching and shooting your way out of sticky situations punctuated by bloody violence, so cartoons like this just make you feel at home.