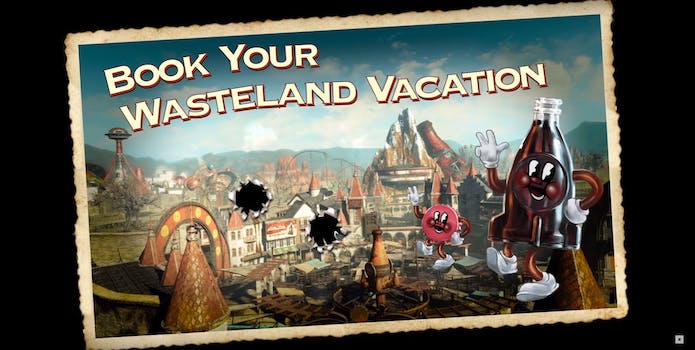 The trailer for Nuka-World, the final Fallout 4 DLC, is out now

You're getting a huge new area and an army of raiders to destroy.

Nuka-World is about to take you on the ultimate post-apocalyptic vacation.

The new trailer for Nuka-World, the final expansion for Fallout 4, shows the remnants of an amusement park that looks like Disney World sponsored by the game’s ubiquitous fictional soft drink. It’s about time that Nuka-Cola was given a starting role in a Fallout game.

Nuka-Cola has been a consumable item in Fallout since the original game was released 20 years ago. In the modern Fallout games, developed by Bethesda Softworks, Nuka-Cola is an invaluable combat aid, with several yummy flavors included in Fallout 4.

Now players can worship at the altar of Nuka-Cola, albeit while dealing with the hordes of raiders and mutant creatures that have taken over the park.

Nuka World will be released on Tuesday, Aug. 30.