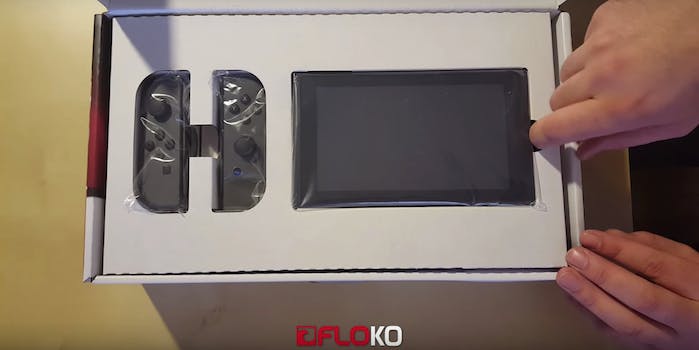 The Nintendo Switch doesn’t come out for another couple of weeks, but one person has already managed to get his hands on it ahead of time.

Neogaf user hiphoptherobot received his Nintendo Switch prior to the release date after the retailer he ordered it from accidentally shipped it to him two weeks early. After posting the photos to Neogaf, the YouTube channel FloKO asked him to make an unboxing video to show off the Nintendo Switch.

We won’t see any gameplay from this video, but hiphoptherobot shows off what the Switch looks like as well as what happens when you turn it on. At the very least, we have a heads up on just how it works so we can get to playing it even more quickly when it comes out March 3.