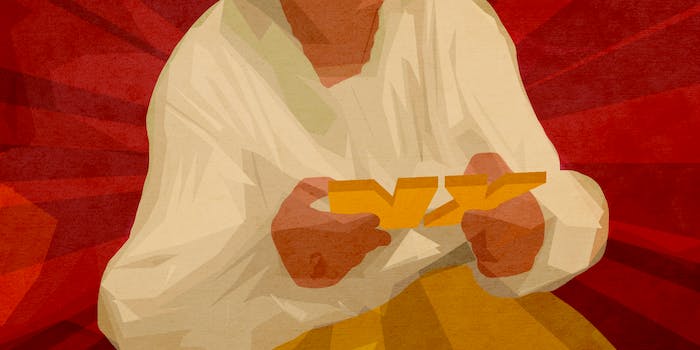 Nintendo NX is reportedly a portable console with cartridges

Have you ever wished you could show your friends the hottest new game console without having to drag a ton of gear with you? Nintendo might help you out with that.

Eurogamer reports that “a number of sources” have confirmed the upcoming console, code-named NX, will be a portable, cartridge-based system with detachable controllers that hooks up to televisions via a dock station. Nintendo refused to comment on or confirm the design of the console, which will be released in March 2017.

Eurogamer also reports that the NX will be powered by the technology that drives the new Tegra series chips from graphics card manufacturer Nvidia. Tegra chips are designed specifically for mobile devices. The specs for the Tegra 4 chip list 4K UltraHD resolution.

What makes the rumor interesting is a report from Polygon on June 29 that Nintendo did not bring the NX console to E3 for fear of being imitated by other companies. This suggests that Nintendo is once again betting on the same “blue ocean” strategy that led to the development of the revolutionary Nintendo Wii.

The Eurogamer report certainly suggests the company is moving in a dramatically different direction than what Microsoft and Sony have brought to the eighth-generation console table. It also meshes with reports from October 2015 that Nintendo is developing a console-mobile hybrid design.

Nintendo betting on a handheld-based system would also make sense in light of Nintendo’s dominance of the handheld gaming market. Nintendo’s DS line of handheld consoles has not been adequately challenged since the original DS was released in November 2004.

Sony’s most recent attempt to make inroads into the handheld market with the introduction of the PlayStation Vita system in February 2012 was largely rebuffed by gamers.

Nintendo did not respond to the Daily Dot’s request for comment in time for publication.