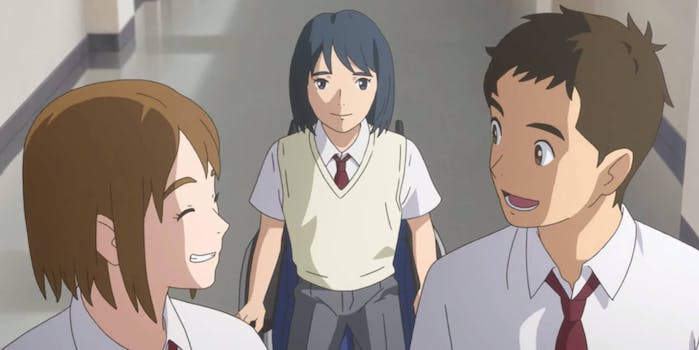 It's a disappointing adaptation of the hit role-playing games.

This review contains spoilers for NiNoKuni.

NiNoKuni comes from quite the star-studded background. Level 5, the game studio best known in the U.S. for the hit Professor Layton series, produced the original games. That alone wasn’t enough to draw popular attention, though—what really put it on public radar was its cut scenes, animated by the prestigious Studio Ghibli, and its score by composer Joe Hisaishi. Netflix’s new film adaptation still draws from the Ghibli aesthetic and boasts a Hisaishi score of its own, but its flimsy plot and absolutely terrible pacing reveal it as only a shadow of that original game.

RELEASE DATE: 1/16/2020
DIRECTOR: Yoshiyuki Momose
STREAMING: Netflix
’NiNoKuni’, much like the games that inspired it, offers plenty of visual splendor, but the script isn’t up to movie pacing.

Its heroes are two high school boys: Haruto, a popular lacrosse player who loves his girlfriend Kotona, and Yusuke, who uses a wheelchair and also loves Kotona. When Kotona is stabbed, seemingly at random, the two almost get hit by a truck while trying to rush her to the hospital. Instead of dying a gruesome death, the two find themselves in a boilerplate fantasy world, where the streets are filled with animal-human hybrids and Yusuke can use his legs. On their search for Kotona, the two discover Princess Astrid, who bears an uncanny resemblance to her and is suffering from a mysterious illness that neither medicine nor magic can cure.

Let no one say that NiNoKuni isn’t a beautiful movie. While Ghibli no longer has any official connection to the franchise, there’s still a lot of obvious influence. The character designs are Ghbli-esque: Yusuke looks more than a little like Howl of Howl’s Movie Castle and his sister resembles Arrietty of The Secret World of Arrietty. The alternate universe, while it is a pretty stock family-friendly fantasy world, breathes with a liveliness that makes it feel like the people there might actually lead their own lives. 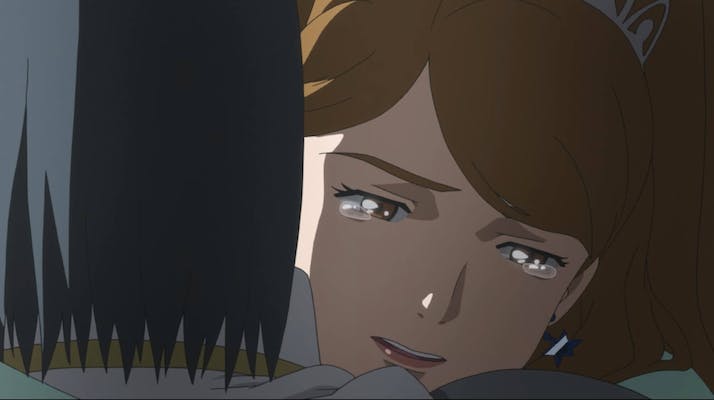 Hisaishi, a frequent Ghibli collaborator himself, composed the music for the film, but I don’t think I could hum a single bar of its score if I tried. Hisaishi has composed some of the most iconic scores in Japanese film history, including My Neighbor Totoro and every other Miyazaki movie save Castle of Cagliostro. Despite this, the score for NiNoKuni is little more than functional, always appropriate for the mood of the scene but never memorable. It is, in a word, adequate.

What’s unfortunately not adequate is the script. The first part of NiNoKuni is perfectly acceptable alternate-world fantasy but falls utterly to pieces in its latter half. Writer Akihiro Hino has been writing games for over twenty years, including the original Ni no Kuni games, several Professor Layton games, and entries into important franchises like Dragon Quest. This is a man that knows how to write an emotionally satisfying fantasy story with a twisting, curving plot. And yet, NiNoKuni is a complete disaster.

To be honest, there were tiny cracks from the start. Why was it that Yusuke and Haruto were transported, but Kotona stayed behind and only had a doppelganger in the other world? Why did Yusuke’s legs suddenly work? I mean, other than the obvious that it would be highly inconvenient otherwise, since his wheelchair didn’t come along with him and he needs to use his sword.

Things go completely wild in the latter half, when it turns out that Kotona has aggressive, previously undetected cancer. Haruto gets the idea that it’s because they saved Astrid, and that killing her will save Kotona. I didn’t like Haruto much from the start; he endangers Kotona’s life in a fit of testosterone-soaked jealousy, insisting on carrying her to the hospital with a dagger in her gut instead of calling an ambulance on Yusuke’s phone. He’s presented as the more hotheaded, traditional man of the main duo, and unintentionally comes across as a case study in toxic masculinity. He makes terrible choices constantly from the beginning to the finale of the film, all in the name of protecting Kotona without ever talking with her or asking if she wants him to do these things in her name. By the end, he is completely unlikeable.

Yusuke, on the other hand, has a much more level head but is still informed by his own attraction to Astrid. He pulls several completely bizarre plot twists out of thin air, noticing details and making bizarre logical leaps that the audience has no way of following along with.

It’s all a jumbled mess, and I wonder if the story would have worked better had it been told through a roleplaying game, Hino’s accustomed medium. Japanese roleplaying games are especially known for their long lengths and stories full of twists. None of the ideas in NiNoKuni are bad, just poorly presented. In a longer format—few JRPGs clock under 20 hours and many go over 50—there could have been ways to introduce the plots that felt organic and foreshadowed. Even for the ones that feel like more of a stretch, the immersive interactive format makes it easier to look past what otherwise would seem like insane asspulls.

Unfortunately, the NiNoKuni movie is a totally new story instead of based on the games. There is no game version of this plot to enjoy at a pace where it might make sense, where the characters are developed enough for there to be a sense of pathos.