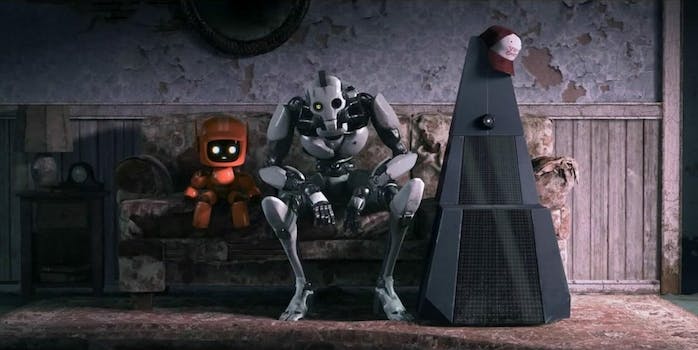 Why is Netflix changing the viewing order for ‘Love, Death & Robots’?

Does demographic data like race and sexuality determine how you watch this show?

Does Netflix target users based on demographic data like race and gender? Netflix says no, but the actual results say… well, basically yes. Black Netflix users report seeing more movies listed using photos of Black actors, even if those actors only appear in minor roles. So even if Netflix doesn’t technically “know” your race, it knows what race you’re likely to click on. It’s just one element of Netflix’s algorithm, which uses personalized viewing data to recommend new content. That ranges from genre preferences to your favorite actors, and those tastes are often tied to your age, race, gender, and sexuality.

Now, Netflix may be tailoring your experience a little further. The 18-part sci-fi anthology series Love, Death & Robots has an official viewing order listed on IMDb, but some Netflix users report seeing the episodes in a different order. Are these differences effected by demographic data?

LGBTQ tech advocate Lukas Thoms brought this up on Twitter, pointing out that while his account offered an episode with a queer protagonist first, his straight friend got something different.

“Sonnie’s Edge,” the episode with a queer female lead, is actually the default starting point for Love, Death & Robots. When I asked around, most people said they got it first, following the official viewing order listed on IMDb. However, that’s not universally true. Some users do see the anthology in a different order, beginning with other episodes.

This is what the first few are for me. Pretty weird. pic.twitter.com/KUFjJVpFla

Two people responded with a viewing order where the first four episodes are lighthearted and whimsical, whereas the original four episodes include two stories with extreme violence against women. Another person’s listing began with four of the most action-based episodes. This does lend credence to the theory that different viewing orders appeal to different demographics.

It could also just be a coincidental glitch, so we’ve reached out to Netflix for comment. However, the idea of Netflix tailoring the anthology’s viewing order is very plausible. Netflix already uses viewing data to shape creative choices in new shows, and used Black Mirror‘s choose-your-own-adventure episode “Bandersnatch” to learn more about audience tastes.

Since Love, Death & Robots can be watched in any order, it might be beneficial to give different people different viewing experiences. For instance, while “Sonnie’s Edge” does feature a queer female lead, I actually found it very misogynistic, which gave me a negative first impression of the anthology. Maybe a different viewing order would have encouraged a different experience.

Update 1:25pm CT, March 19: In a response to Thoms’ original tweet highlighting Love, Death & Robots‘ episode order, Netflix says that was “trying something new” by presenting viewers with four different episode orders to the shorts. It also denied that personal information had anything to do with the order that episodes appeared in.

We've never had a show like Love, Death & Robots before so we're trying something completely new: presenting four different episode orders. The version you're shown has nothing to do with gender, ethnicity, or sexual identity — info we don't even have in the first place.