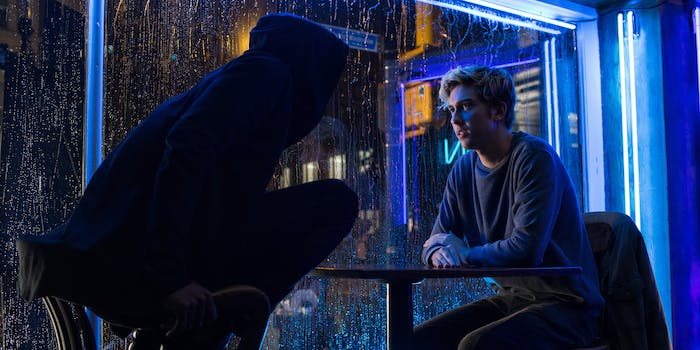 He pointed out that the remake is set in America, starring American characters.

Death Note is the latest anime adaptation to be accused of whitewashing its cast. Many fans are already criticizing the upcoming Netflix remake, which reimagines the cult anime/manga series with an American cast.

Producer Roy Lee responded to the criticism in a Buzzfeed interview, saying, “This is the first time that I’ve been seeing negative press” for one of his international adaptations. He previously produced The Ring and The Grudge, both of which were adapted from popular Japanese horror franchises.

“I can understand the criticism … if our version of Death Note was set in Japan,” said Lee, explaining that the remake takes place in Seattle, starring American characters. He argued that it’s “somewhat offensive” to describe the cast as whitewashed, because “one of our three leads is African-American.”

Lee’s comments may be an awkward attempt to stave off more criticism at a time when whitewashing and Asian erasure are hot-button topics in Hollywood. Ghost in the Shell faced similar backlash last month, and while Death Note is a different situation, Lee’s defense is unlikely to make much impact. Death Note may not involve white actors playing Japanese characters, but the criticism is more complex than a straightforward debate over casting choices.

Like the anime series, Death Note follows a young man who kills people people by writing their names in a magic notebook. He uses this ability to become an untraceable serial killer, murdering criminals in the name of vigilante justice. By recasting the story with a white guy in the lead role (Nat Wolff), the movie will draw inevitable comparisons to real-life parallels. There’s a concern that it will glorify the mindset of alienated young white men who initiate school shootings. No matter how you slice it, changing the race of the actors means changing the cultural nuance of the story.

Roy Lee advised fans to watch the movie before criticizing it, which is generally good advice. However, he doesn’t seem to fully grasp the arguments against Death Note‘s casting choices. He ended the Buzzfeed interview by reiterating the “diversity” of Death Note‘s cast, failing to acknowledge the wider context of the whitewashing backlash.