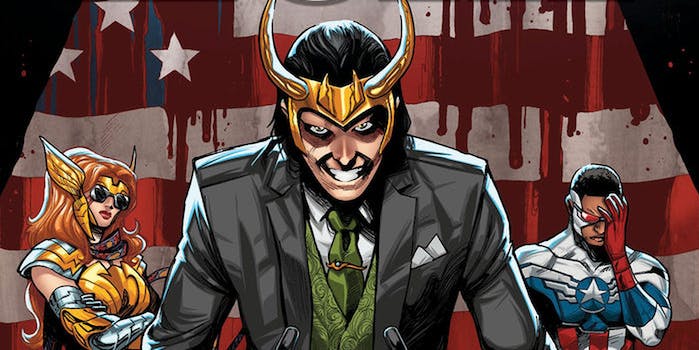 Loki's presidential bid feels like the perfect satire for the 2016 election.

In a move that feels worryingly appropriate for the tone of the 2016 election, Marvel has announced a comic called Vote Loki.

Marvel hasn’t revealed the comic’s creative team, but it did share some cover art: a Vote Loki poster and an image of Loki at a podium with Captain America and the Asgardian hero Angela behind him. He’s running under the slogan “Believe,” the ultimate troll candidate. 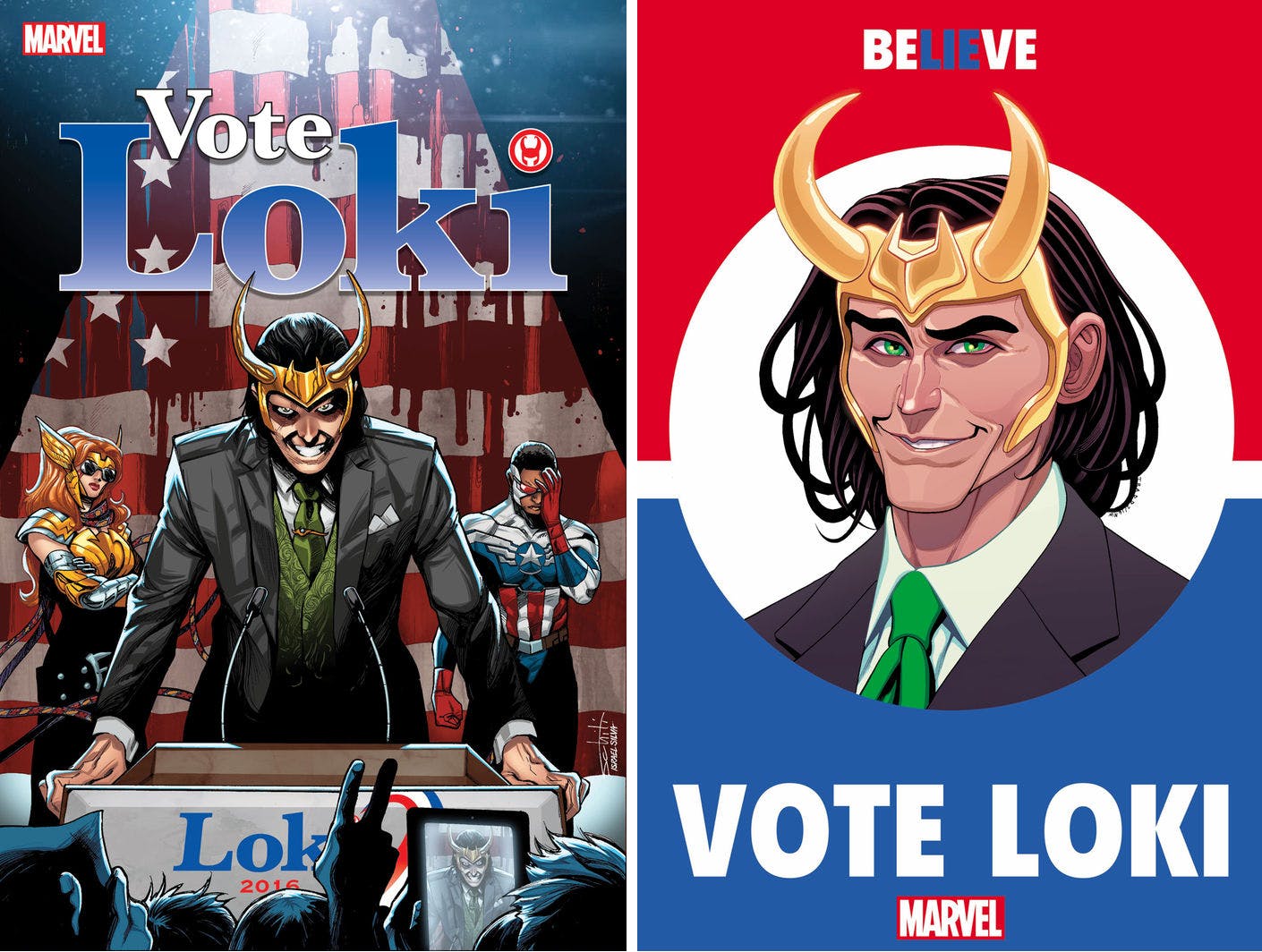 Speaking to Marvel.com, editor Wil Moss described this new take on the God of Mischief as “a combination of Kieron Gillen’s JOURNEY INTO MYSTERY comics and Tom Hiddleston and Joss Whedon’s take on him in the movies.” Judging by Marvel’s Twitter poll, people are surprisingly receptive toward the idea of President Loki.

Sure, he’s literally an alien. But at least this time he’s trying to take over the world through legitimate, democratic means. Right?