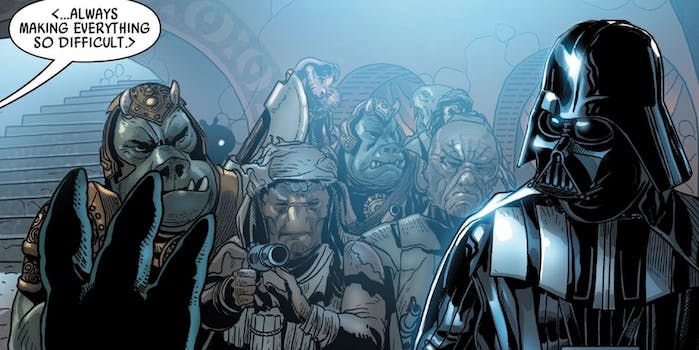 The force is weak with Marvel’s new ‘Darth Vader’ comic

Marvel’s second Star Wars adaption won’t bring you over to the dark side.

Reading Marvel’s Darth Vader comic is like sitting in on a co-worker’s performance review. A good third of the book is Emperor Palpatine assessing Vader’s contributions to the Galactic Empire’s cause. 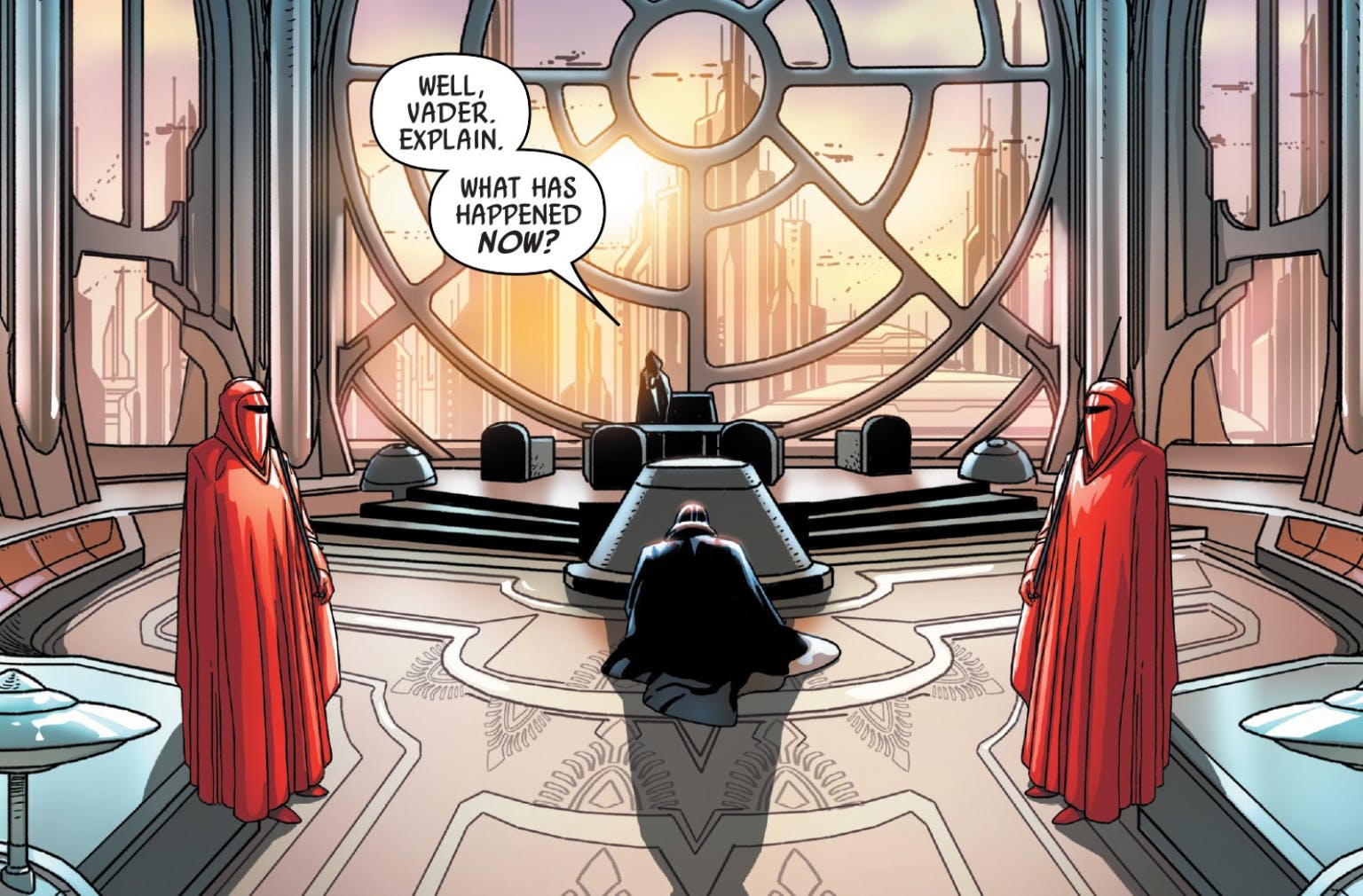 Palpatine: “You know Darth, we’ve talked about this loss prevention issue before. First it was the Death Star, now it’s the munitions plant on Cymoon One.”

Vader: “Cymoon wasn’t my fault, it was Overseer Aggadeen’s. He’s the one who let those rebels sneak into factory before I even got there.”

Palpatine: “Darth, you’re always so quick to blame others. You had a role in all of this, which you need to accept.”

Vader: “So you’re telling me I won’t be getting a raise this year?”

Palpatine: “I’m telling you I may force choke you if you keep screwing up. And this mess, by the way, is going in your personnel file.”

While this is a slight exaggeration of the actual exchange, it’s not too far off. Which is to say not much of anything happens in the first issue of the eponymous series. Proving my point: A staggering 13 pages are given over to Vader asking Jabba the Hutt for a favor (which we don’t fully learn about until the third-to-last page). 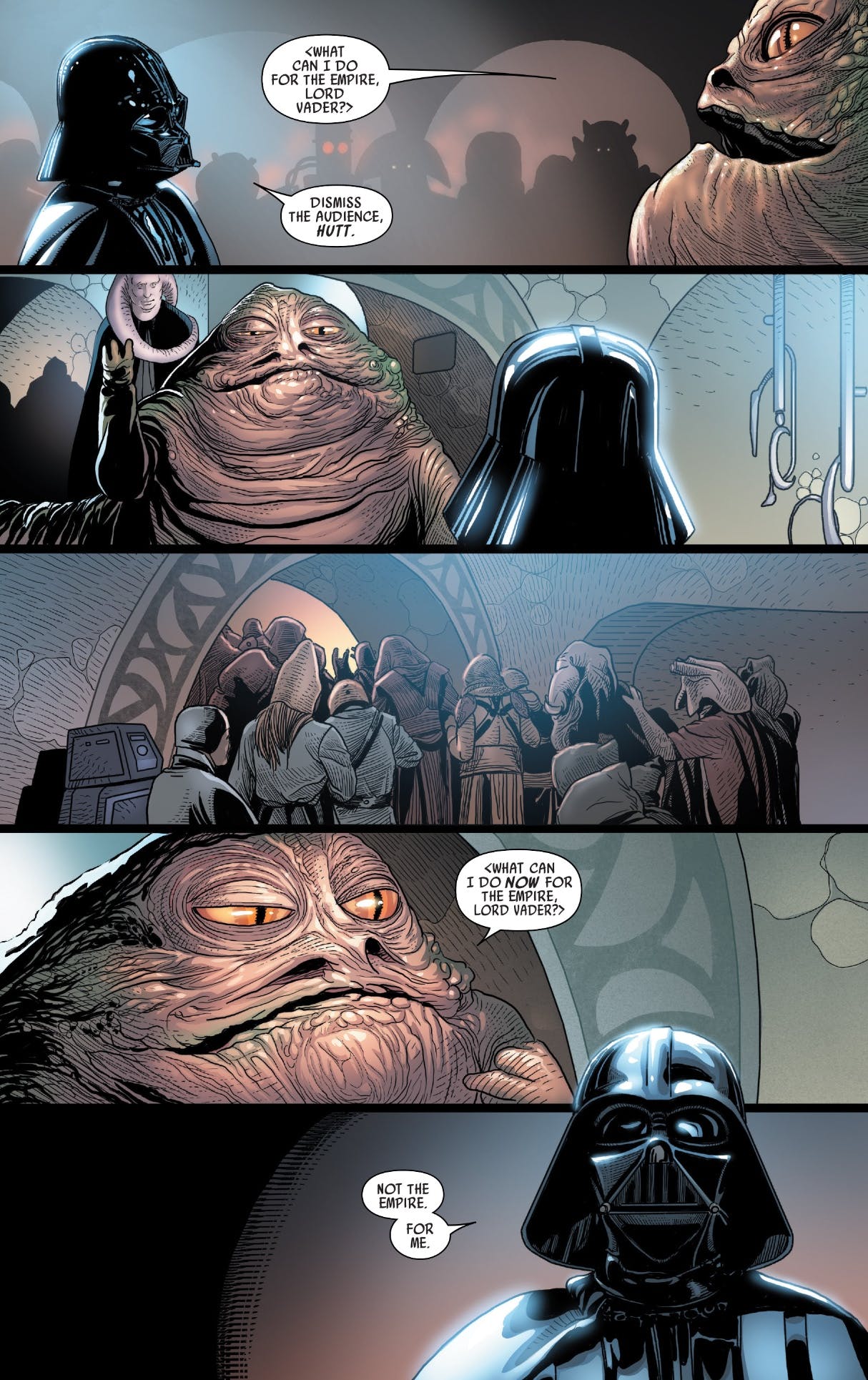 My expectations for Darth Vader were exceedingly high after last month’s release of the stellar Star Wars book. Writer Jason Aaron and artist John Cassaday managed to craft a Rebel-centric story that encapsulates the very best of the Star Wars movies. The follow-up issue, released last week, was equally as successful.

Sadly, Darth Vader—glacially plotted by Kieron Gillen and nicely illustrated by Salvatore Larroca—doesn’t offer the same thrill. Vader has some of the best lines and scenes in the original trilogy, but you wouldn’t know it from reading this book. The comic version of the character simply lacks the gravitas of the celluloid version. 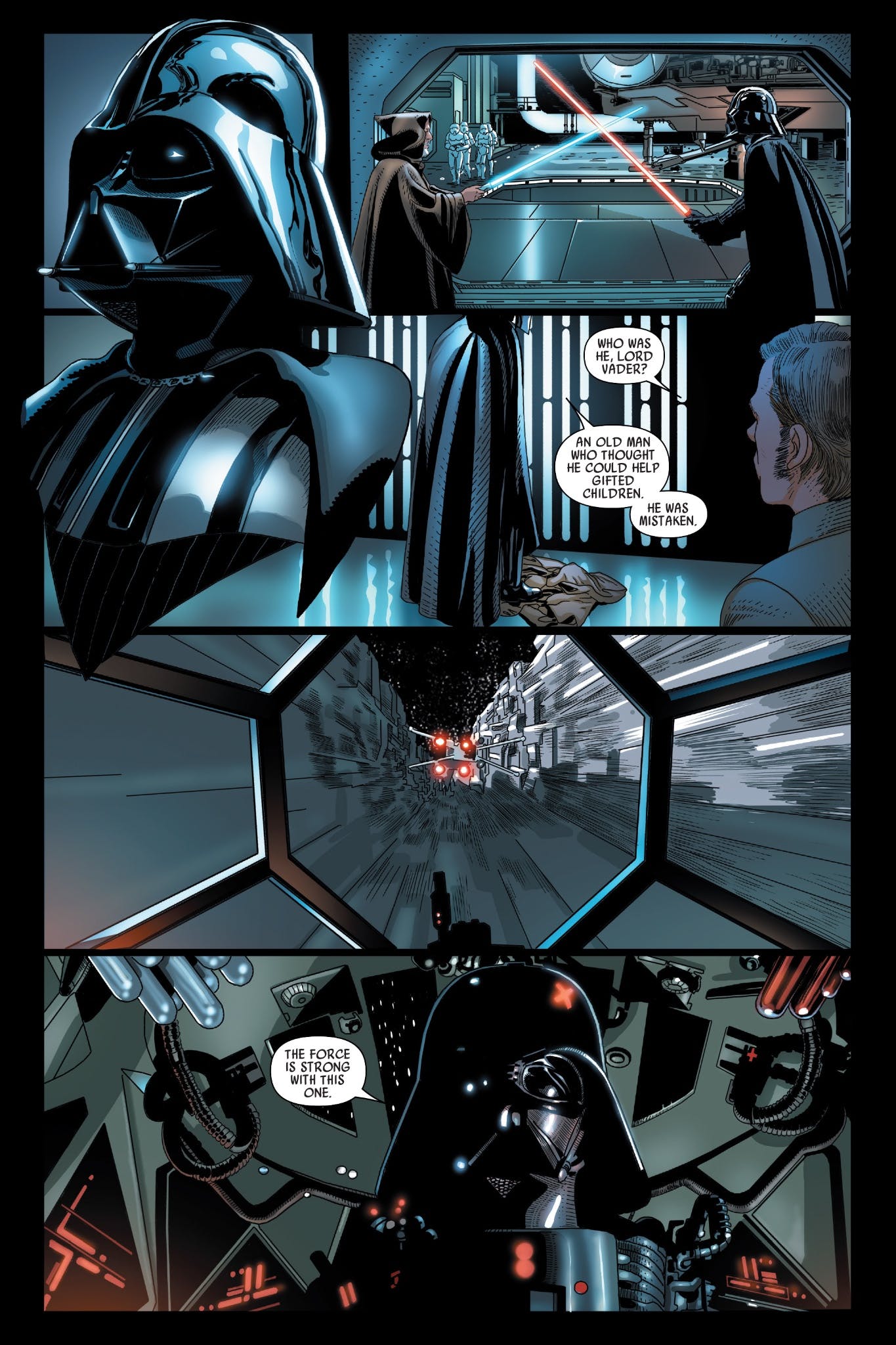 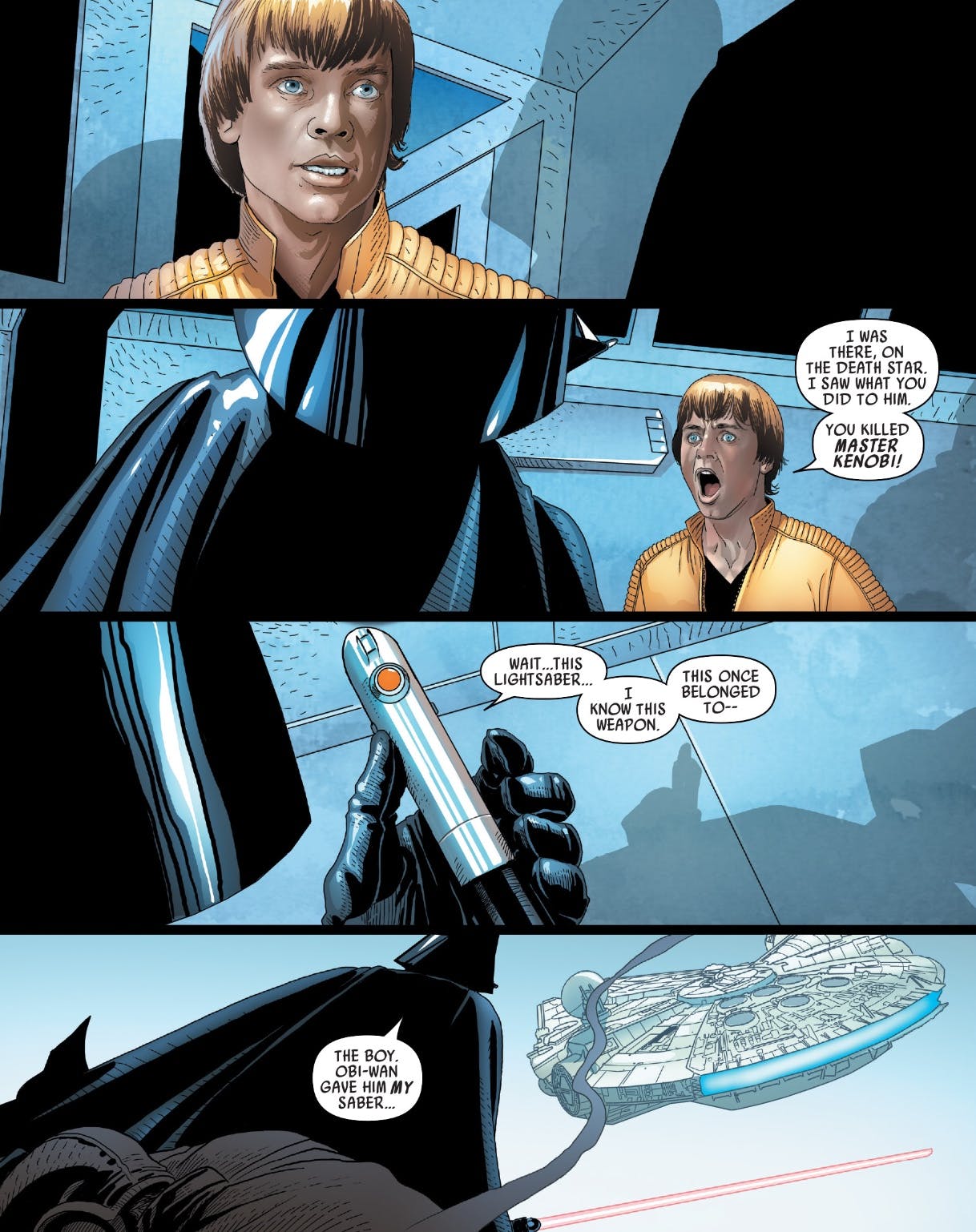 The part of Darth Vader I did like: a couple of flashbacks to Star Wars, both the movie and comic. In a nice bit of synergy, Gillen expands on a moment Aaron scripted in the second issue of Star Wars. In that book, Vader uses the force to quickly disarm Luke Skywalker. As he looks upon Luke’s weapon, he realizes it was once his own. But before he can come to any conclusions, his thoughts are interrupted by a Han Solo-led rescue attempt.

In Darth Vader, however, we see Vader come to understand what Luke’s possession of the lightsaber might mean. It’s this aha moment that suddenly explains what Vader is doing with Jabba on Luke’s home planet of Tatooine. It’s also what sets the stage for a very special guest star at the book’s end.

Despite some late-issue revelations, Darth Vader is all talk and no action. Sure, there’s some saber wielding along the way, but it’s the sound and light that makes that fun. Take it away and all that’s left are a bunch of long-winded conversations.