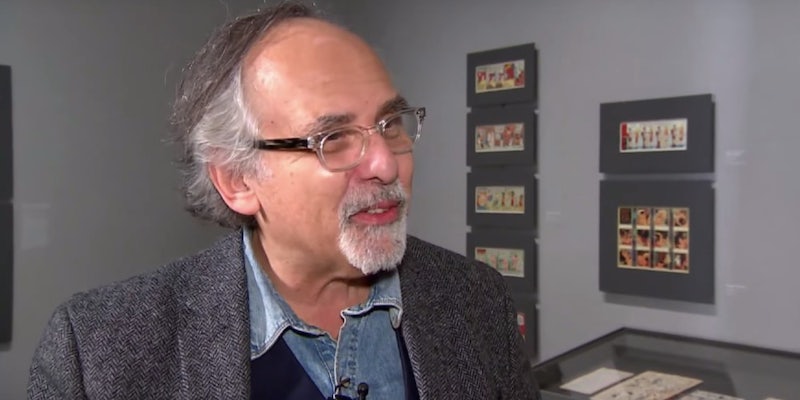 Marvel refused to publish Maus author Art Spiegelman’s essay in an anthology unless Spiegelman removed parts that it considered too political.

In the essay, Spiegelman seemingly refers to President Donald Trump as “Orange Skull.”

“In today’s all too real world, Captain America’s most nefarious villain, the Red Skull, is alive on screen and an Orange Skull haunts America,” Spiegelman wrote.

The comic character Red Skull is Captain America’s Nazi enemy. Marvel Comics said it didn’t want to take a political stance in the anthology, but that the essay could still be printed without the Trump reference, according to Mashable.

Instead, Spiegelman decided to withdraw his essay and submit it in full to the Guardian. He added a few paragraphs in the piece to comment on his experience with Marvel.

“I realized that perhaps it had been irresponsible to be playful about the dire existential threat we now live with, and I withdrew my introduction,” Spiegelman wrote in the piece.

He added that former CEO of Marvel Entertainment Isaac Perlmutter is a close friend and big-time donor to Trump, pointing out that Perlmutter and his wife both donated the maximum amount of $360,000 to “Orange Skull’s” 2020 campaign.

“I’ve also had to learn, yet again, that everything is political… just like Captain America socking Hitler on the jaw,” he wrote to finish the piece.

The Pulitzer Prize-winning author also wrote the essay for the anthology Marvel: The Golden Age 1939- 1949, which was created to celebrate the 80th anniversary of Marvel Comics #1.