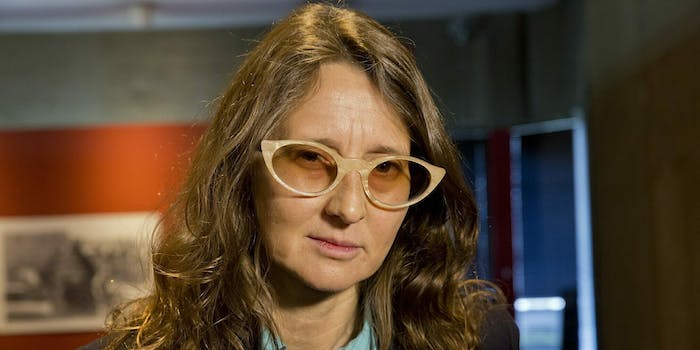 Argentinian filmmaker Lucrecia Martel just offered some rare insight into Marvel Studios‘ recruitment process, and it may confirm a long-held suspicion about how Marvel collaborates with directors. According to her, Marvel is happy to “take care” of action scenes on behalf of inexperienced filmmakers.

Marvel cast the net wide when searching for a Black Widow director, eventually hiring Cate Shortland, who made the indie thriller Berlin Syndrome. The studio wanted to hire a woman, and since there are relatively few women directors with big-budget action experience, the shortlist included several indie drama filmmakers.

One unexpected option was Argentinian director Lucrecia Martel, whose latest movie, Zama, is an elaborate and slow-moving art film about 18th century Spanish colonialism. Basically, she’s about as far from the Hollywood studio franchise system as you can get, and she’s not particularly impressed by the MCU. Speaking to Daily Pioneer, she describes meeting with Marvel alongside other female filmmakers, where executives told her, “Don’t worry about the action scenes, we will take care of that.”

“Companies are interested in female filmmakers but they still think action scenes are for male directors. The first thing I asked them was maybe if they could change the special effects because there’s so many laser lights… I find them horrible. Also the soundtrack of Marvel films is quite horrendous.”

She went on to describe Marvel films as “hard to watch,” although she added that she’d be excited to work with Scarlett Johansson or make a Black Widow movie in general. Unsurprisingly, it sounds like her creative demands were not a good fit for Marvel Studios.

It’s refreshing to hear a filmmaker speak out like this, considering the level of secrecy around Marvel productions. It’s also pretty funny to imagine Marvel executives scrolling desperately through lists of acclaimed female filmmakers and calling them up for interviews—regardless of whether those directors seem remotely interested in franchise filmmaking, which Lucrecia Martel was not. While many fans see a Marvel gig as a dream job, it’s some indie filmmakers’ idea of hell.

Martel highlights the “we’ll take care of the action scenes” issue as an example of sexism (which it most likely is), but we wouldn’t be surprised if Marvel made a similar offer to male filmmakers in the past. Surprisingly few MCU directors have action experience, with the Russo brothers best known for TV sitcoms before they made Captain America: The Winter Soldier. Marvel and Disney can offer a massive infrastructure of storyboard artists, stunt choreographers, and assistant directors to help with action sequences, and with Black Widow, there was a decent chance they’d have to hire a director who had never filmed one before.