Feed me all your cheap felt costumes and terrible puppetheads, Seymour!

One of the most underrated aspects of the performing arts is the beauty of terrible community theatre. If you’ve ever been in an under-funded production, you know that necessity is the mother of invention—or in many cases, terrible wardrobe decisions.

A hilarious new Tumblr has decided to shine the spotlight on the one character who embodies the best and the worst that community theatre has to offer: the giant diabolical venus fly trap known to the world as Audrey II from Little Shop of Horrors.

Since no one quite knows what Audrey II looks like, set and costume designers have a little leeway with the man-eating plant’s appearance. And as Low-budget Audrey 2 points out, the results are often inspired—in the worst way possible.

Like this Aquaman reject with a pot around his ankles and ivy-covered genitalia, who looks as if he somehow knows that one day he’ll end up on a single-serving Tumblr made for the express purpose of mocking all that he is:

Or this bizarrely vaginal species of radish-turnip-potato-munchkin: 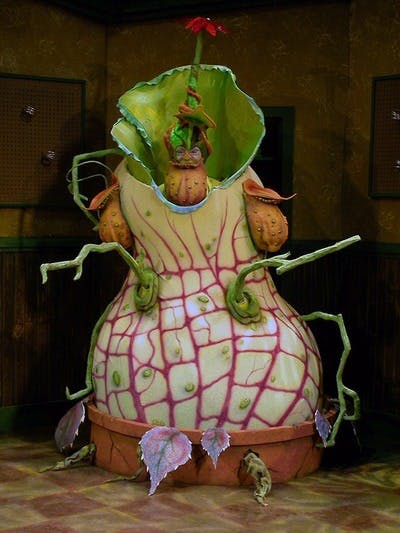 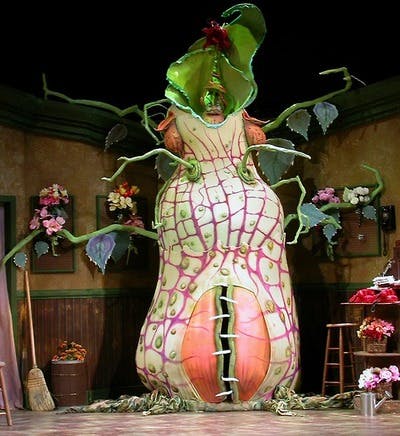 An inordinate number of low-budget Audrey 2s are, as it turns out, weirdly suggestive of the nether regions, which invites one to contemplate exactly kind of horror these little shops are selling: 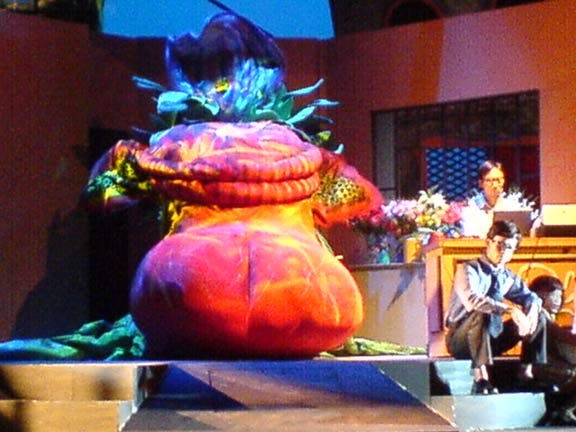 Then again, perhaps we’d do better not to ask. 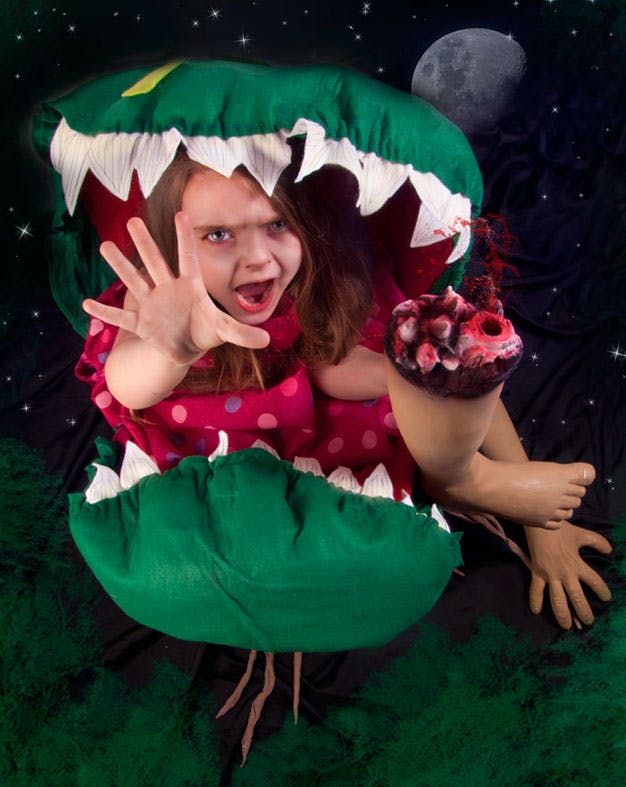 Low-budget Audrey 2 started yesterday and is already making a splasn on Tumblr, perhaps because the only way to escape the horror is to pass it on.