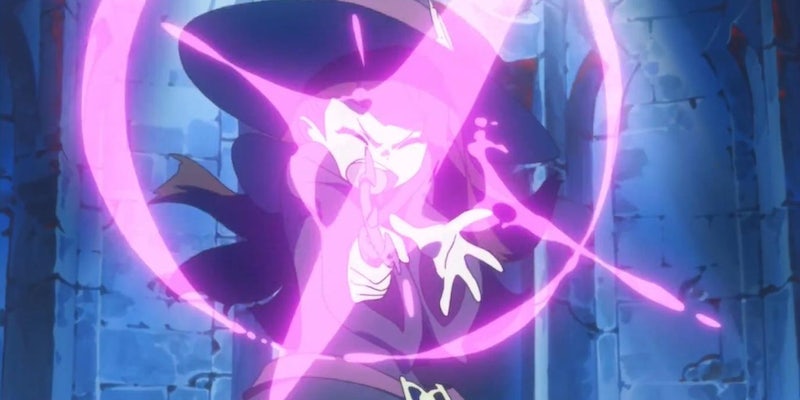 In just two days, a Kickstarter campaign to fund a second episode of fan-favorite anime has more than doubled its goal, raising over $300,000.

In just two days, a Kickstarter campaign to fund a second episode of fan favorite Little Witch Academia has more than doubled its goal, raising over $300,000—and the possibility that fans could crowdfund the project into an entire series.

At the end of July, the owner of Tumblr‘s Is Little Witch Academia an Anime Yet? posted glumly that they’d lost all hope that the popular 30-minute story would ever be turned into a real series, despite the hopes and wishes of its legions of fans.

“I’ve stopped counting days because i have no idea if it’ll really ever be a show =(((,” they wrote. “it makes me so sad.”

But Studio Trigger, the production company behind the beloved story about a Hogwarts-style magical academy, wasn’t about to let their fans down. At this weekend’s Anime Expo, a planned Q&A panel with Little Witch‘s creator and director Masahiko Otsuka led to a surprise announcement: The company was launching a Kickstarter to fund an even longer second episode.

“We knew that we had a fanbase in Japan,” Otsuka told Kickstarter viewers when the project launched Monday. “But what surprised us most was that most of the comments and support given to us were from the English-speaking countries.”

Fans didn’t let Otsuka down. Within hours they had raised over $50,000, and the number kept climbing.

The success of the Kickstarter opens up a number of possibilities for the Little Witch project. The original goal of $150,000 was to be used purely for the second episode, “to increase the length of the episode by 15 minutes and make an amazing sequel that fans will be proud of!” The doubled goal might give the animation studio the ability to make the planned longer sequel into a full-length film or make another episode.

While so far no stretch goals have been added to the project, the studio is hopeful. Otsuka reportedly told fans at Anime Expo that he hoped to turn Little Witch into its own full-length series.

And the fans seem to be all too happy to help him do it.

“All they have to do is keep being excellent,” gushed redditor KrazyKomrade yesterday. “I wish I could give them millions so they can keep doing great things.”

You and everyone else on Kickstarter, it would seem.