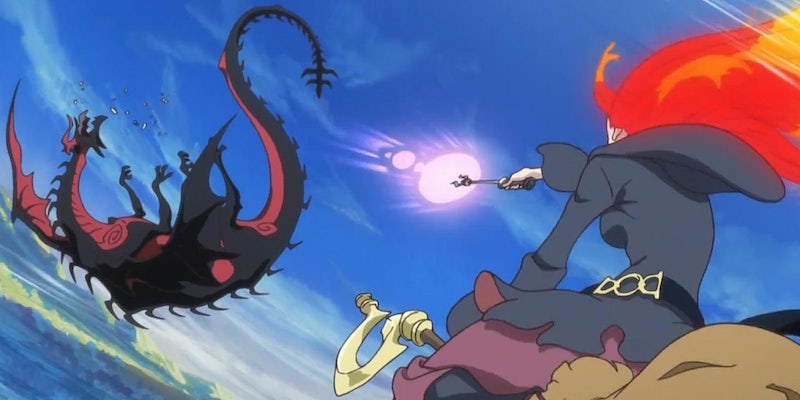 Will this 26-minute short become a full-fledged anime series? Fans sure hope so!

It’s been mere days since Kyoto Animation announced that the Swimming Anime, the 30-second promo spot that unexpectedly spawned an enormous Tumblr fandom, was becoming a real show. Now Kotaku is musing that anime fans might have another fandom-turned-product on their hands—with Little Witch Academia, a half-hour anime concept episode that already has developed characters and a storyline… but no series.

In the age of Kickstarter and crowd-sourced creativity, the idea of trying to launch a fandom for a series before the series itself is underway isn’t so far-fetched; but as with Free!—the “swimming anime”—the creators of Little Witch Academia didn’t intend it to be a real series. Instead the half-hour short was produced as part of Anime Mirai, an annual animator training project. The parent studio, Studio Trigger, uploaded the episode to YouTube on April 19th. Since then, it’s been viewed 400,000 times, and anime fans appear to be dying for more. It even has its own TV Tropes page, with a whopping list of anime tropes for a single 26-minute short.

Here’s the plot description, as summed up by the Tropers:

Witch-in-training Akko Kagari dreams of following the footsteps of Shiny Chariot, whose flashy stage magic absolutely captivated her when she was young. The problem lies in that a) Akko isn’t from a wizard family and can’t even fly a broom, b) she’s continually upstaged by class queen bee Diana Cavendish, and c) Shiny Chariot is little more than a charlatan to most of the wizarding community. But when a great threat is accidentally released upon the school, can Akko’s faith in Shiny Chariot ultimately save her friends and their magic?

The episode has garnered raves for its stellar animation and cute characters, most commonly getting billed as a Japanese take on Harry Potter, and occasionally as a Disneyesque take on the ‘magical girl’ genre. Whatever it is, it’s adorable, and fans have come out in droves. Already they’ve chosen favorite characters and churned out metric tons of fanart. 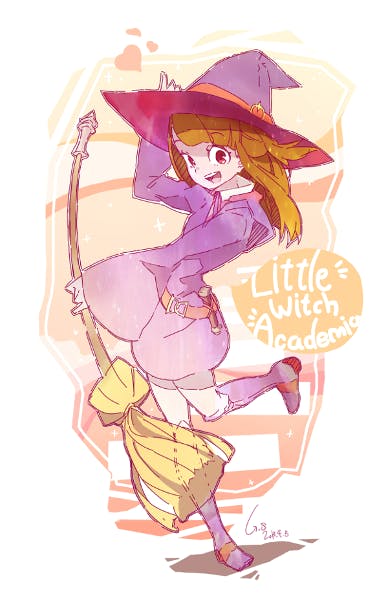 But is all that enough to turn it into a series? Is Little Witch Academia An Anime Yet? seems to think so. Though the Tumblr is only two days old, perhaps dating itself from yesterday’s Kotaku article asking a similar question, it seems optimistic. Indeed, a March trailer for the episode may indicate that Studio Trigger was aware their magic academy concept would be a hit. But though the project is listed on their website, there’s no further information on a forthcoming series.

Still, comparisons to Free! are inevitable, as buzz for the series continues to grow. The Redditors and 4chan-ers who professed their disgust that a yaoi-esque series like the swimming anime was being produced should have their knickers untwisted by the more conventional subject of young girls doing magic. But there’s a refreshing lack of panty shots and fanservice in Little Witch Academia, and the popularity of the series across various fan platforms suggests that it could be an all-around win.

At the very least, it’s sure to make a swimming anime-sized splash.